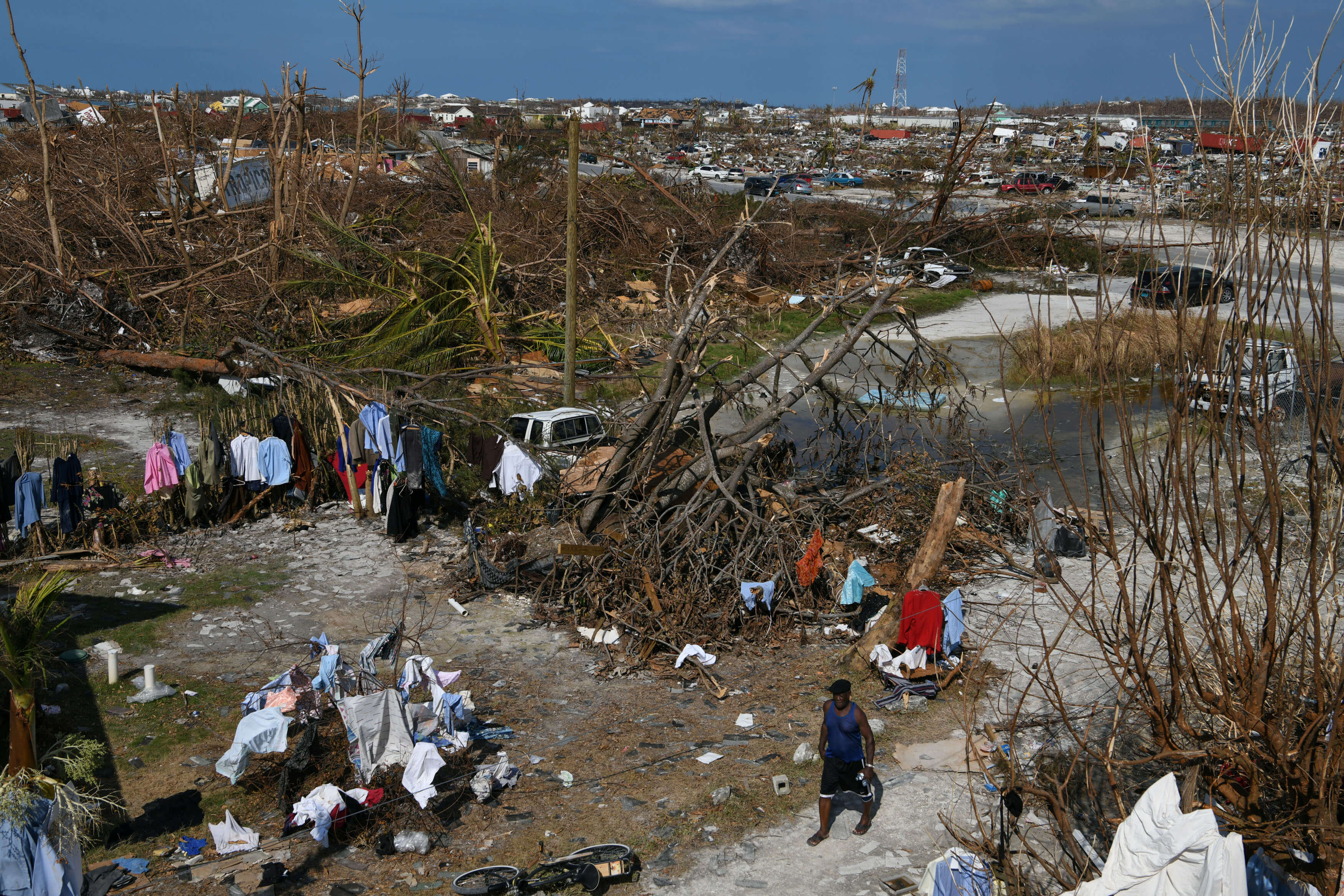 “I spoke about the hurricane aftermath, then invited the people to come up for a blessing and we spent some time in quiet prayer commending to God the many who perished in the storm,” the archbishop said by phone Sept. 8 about the Mass he celebrated at St. Francis Xavier Cathedral in Nassau on New Providence Island.

The archbishop described Hurricane Dorian as a “horrific experience” where many lost their homes and some lost all their possessions. “It is sheer terror and confusion for those who had their homes compromised in the middle of the storm and had to relocate, and all the challenges that poses, and then be taken to places where there were large crowds of people.”

He said most of the stories he is hearing are of “terror, fear, pain, loss and so on.”

The death toll in the Bahamas climbed to 45 the morning of Sept. 9 and was expected to continue rising as search and rescue operations continue from the storm which stalled over the northern Bahamas Sept. 1-3. The Bahamas government estimates that Dorian affected 70,000, and 60 percent of those affected may have lost their homes. Many people are reportedly still unaccounted for.

In a Sept. 5 video statement posted on the Nassau Archdiocesan website, the archbishop said he believes the official death toll “is bound to increase.”

He said in the statement that in the aftermath of the storm it is important to care for one another and to “rely on the grace of the Holy Spirit to give us the wisdom, the peace of mind and the strength to make it through this most difficult time in the history of our nation.”

In the phone interview with the Florida Catholic, archdiocesan newspaper of Miami, he said two schools and one parish on Abaco Island were destroyed: St. Francis de Sales Catholic School in Treasure Cay and Every Child Counts School for Special Students in Marsh Harbour, along with Ss. Mary and Andrew Catholic Church and rectory in Treasure Cay, which the archbishop described as now “a pile of rubble” following Dorian.

The archbishop noted that all of the archdiocesan priests are accounted for following the hurricane. He also said he has received messages of support and offers of assistance from near and far, including a “lot of support from the Miami Archdiocese.” What worries him now is “making sure everyone has the basic needs and that we have a good assessment of the needs and priorities.”

“We are still working through this. We have only begun to understand the full depths of this catastrophe: This is a disaster on a scale that we have never seen before,” he said.

Meanwhile in Florida, some 1,100 evacuated Bahamian residents arrived Sept. 7 at the Port of Palm Beach with transportation courtesy of Bahamas Paradise Cruise Line’s Grand Celebration, which was shuttling nearly 300 first responders and volunteers to the Bahamas earlier in the week.