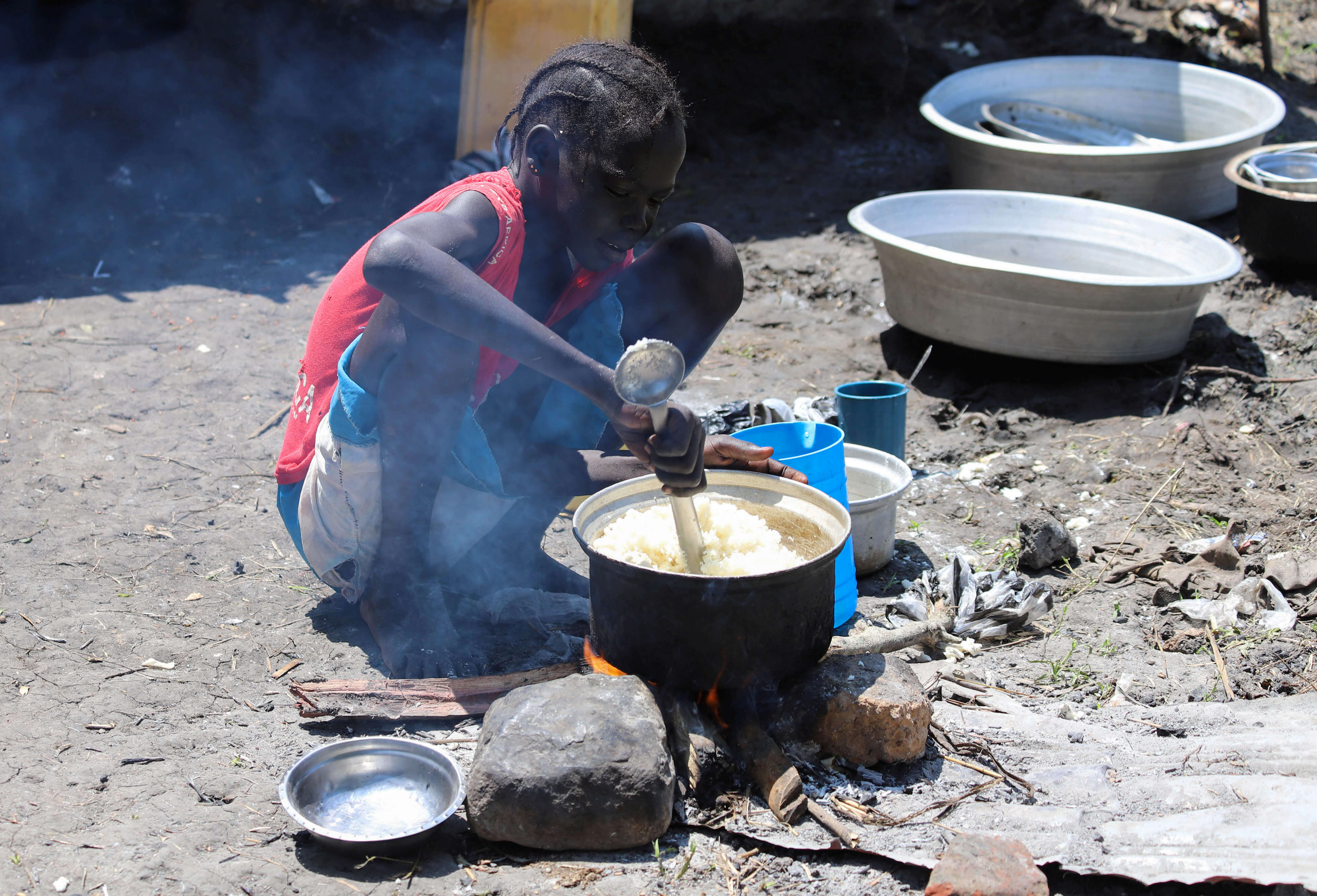 Photo Credit: CNS/Samir Bol, Reuters - A child prepares a meal outside a makeshift shelter in Gumuruk, South Sudan. A negligent and selfish culture of food waste is fueling the global hunger crisis, damaging the lives of individuals, and preventing the progress of all people, Pope Francis said Nov 18.

Pope calls for action against destructive culture of food waste

A negligent and selfish culture of food waste is fueling the global hunger crisis, damaging the lives of individuals and preventing the progress of all people, Pope Francis said.

“In many places, our brothers and sisters do not have access to sufficient and healthy food, while in others, food is discarded and squandered,” the pope said in a message sent Nov. 18 to David M. Beasley, executive director of the U.N. World Food Program.

The organization provides food assistance to an estimated 80 million people in 82 countries.

In his message, Pope Francis cited St. John Paul II and described the phenomenon of food inequality as a “paradox of abundance” that “involves mechanisms of superficiality, negligence and selfishness that underlie the culture of waste.”

“Unless we recognize this dynamic and seek to contain it, it will be difficult to honor the commitments of the Paris Agreement on climate change and realize the Sustainable Development Goals of the United Nations 2030 agenda,” Pope Francis said.

He also called on schools, families, media, international organizations and governments to increase awareness of the issue of food inequality.

“No one can be considered exempt from the need to combat this culture that oppresses so many people,” the pope said.

Affirming the Church’s support, Pope Francis said that “each human being has a right to healthy and sustainable nutrition” and that “by pooling resources and ideas, we can introduce a lifestyle that gives food the importance it deserves.”

“This new lifestyle consists in properly valuing what Mother Earth gives us and will have an impact on humanity as a whole,” the pope said.