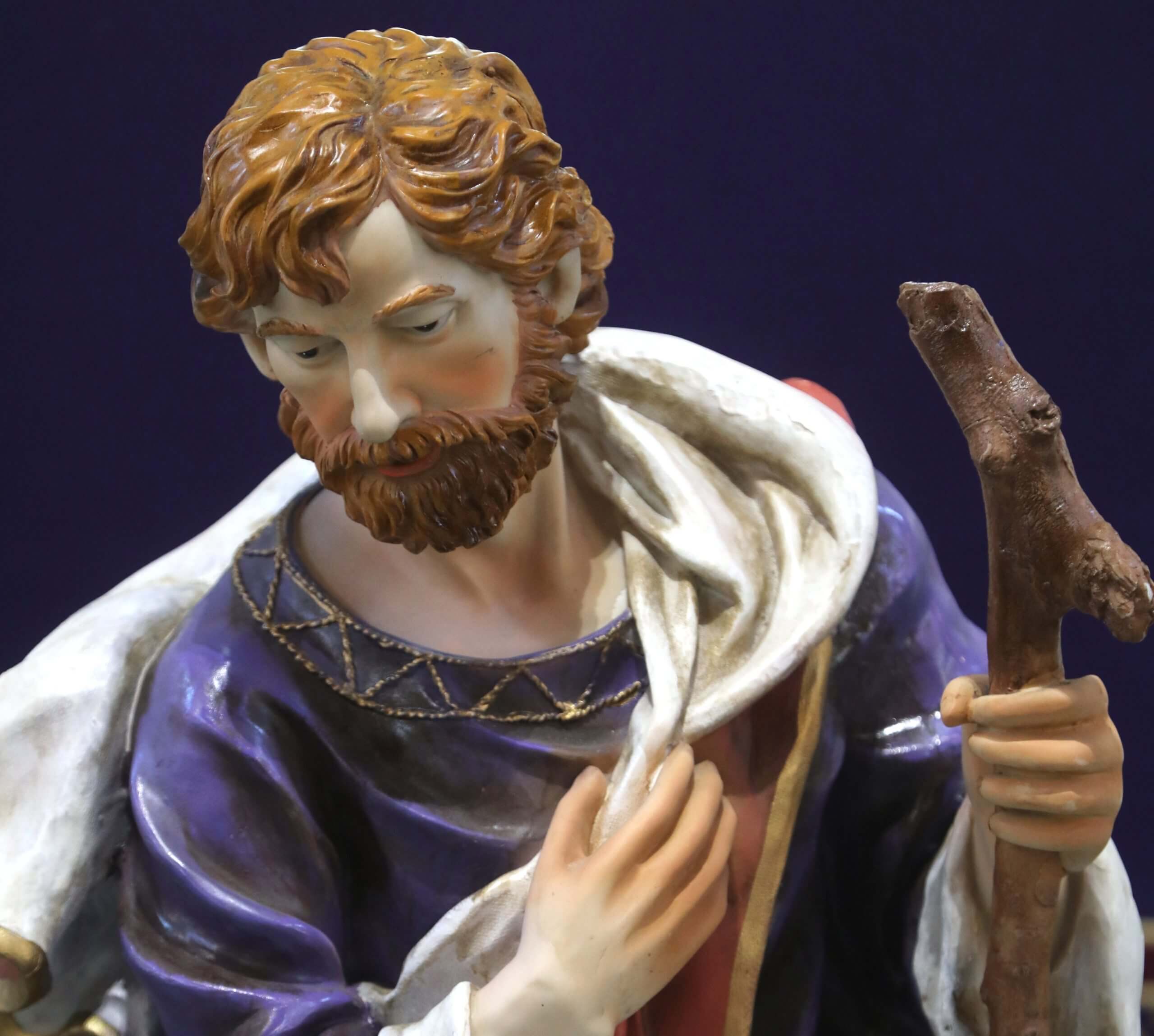 Photo Credit: CNS/Bob Roller - A statue of St. Joseph is pictured at Jesus the Divine Word Church in Huntington, Maryland.

Pope Francis closed the Year of St. Joseph with a private visit to a community in Rome that helps people experiencing marginalization, crisis or substance abuse.

“Do not be afraid of reality, of the truth, of our misery,” he told volunteers and the people they assist at the Good Samaritan home Dec. 8, the feast of the Immaculate Conception. “Don’t be afraid because Jesus likes reality as it is, undisguised; the Lord does not like people who cover their soul, their heart with makeup.”

The Good Samaritan fraternity or home is part of the worldwide “Comunità Cenacolo,” which was founded in 1983 by Italian Sister Elvira Petrozzi to offer “God’s tenderness to the cry of desperation of so many young people who were lost, deceived and disappointed,” and had been seeking “the true meaning of life in the false light of the world,” according to the community’s mission statement.

Dozens of guests and members of the community welcomed the pope, who listened to the experiences several of them shared and watched a segment of a film on the life St. Joseph, which was produced by young people living at two fraternities in Medjugorje.

Among those welcoming the pope were the two children of Andrea and Antonia Giorgetti, who both recovered from drug dependencies and now run the Good Samaritan fraternity, reflecting the fact that a number of young people who find help at the fraternities go on to assist others.

The pope encouraged all the residents to “have the courage to tell others, ‘there is a better way.'”

Pope Francis also visited and blessed the fraternity’s new chapel, built by residents out of discarded wooden beams, travertine marble and other materials reclaimed from dumpsters and landfills.

Building something new and wonderful out of things that have been thrown away “is a concrete example of what we do here,” Father Stefano Aragno told Vatican News Dec. 8.

The pope led the prayer dedicated to St. Joseph to conclude the special year with those present.