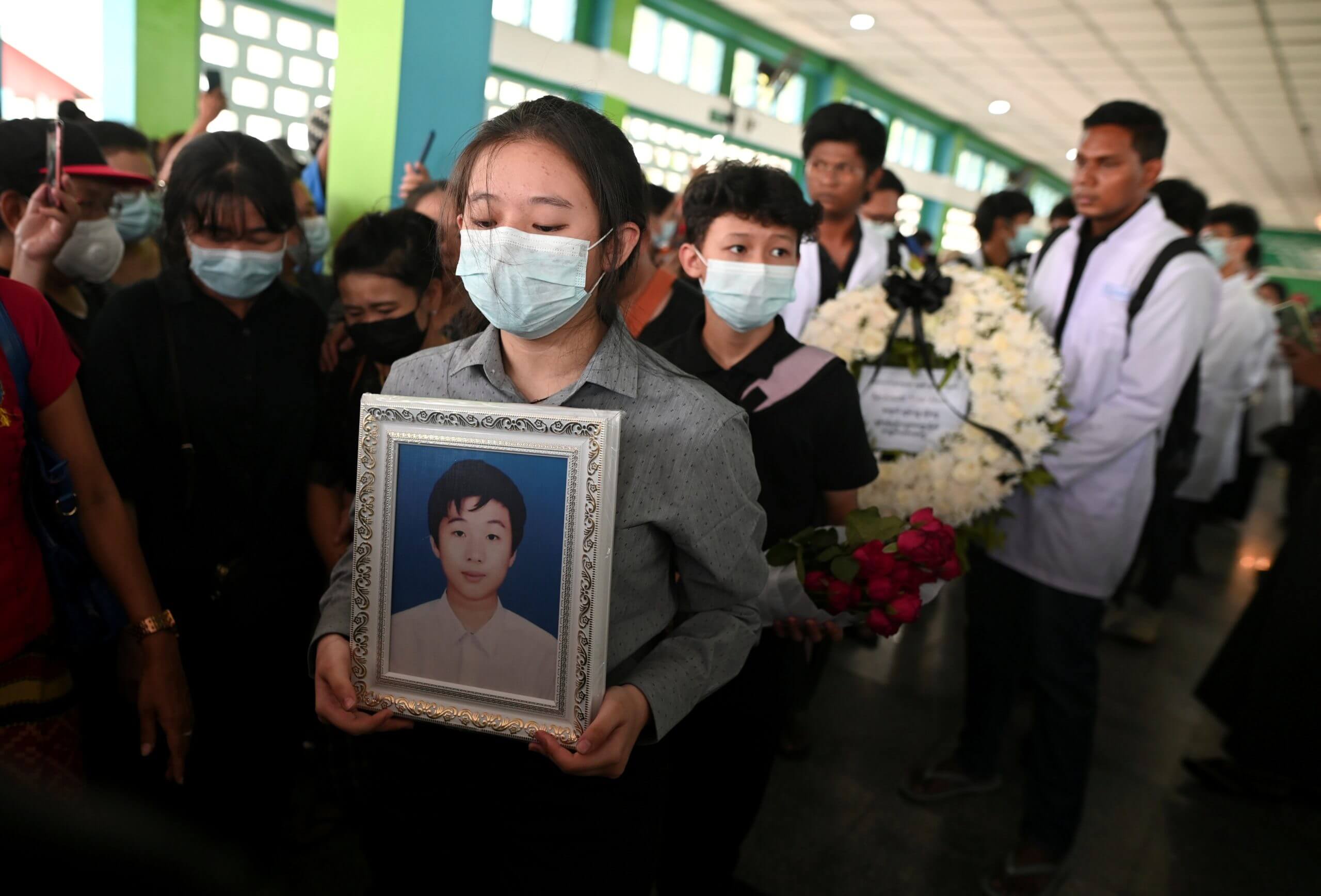 Photo Credit: CNS/Reuters - A woman holds a photo of Khant Nyar Hein, a 17-year-old medical student who was shot and killed during the security force crackdown on anti-coup protesters, during his funeral in Yangon, Myanmar, March 16. Pope Francis on March 17 appealed for an end to violence and the start of dialogue in Myanmar, where security forces have killed at least 138 people.

Pope says he, too, kneels on Myanmar streets, begging for end to violence

As security forces in Myanmar have increased their crackdown on civilians, with disappearances, detentions and the killing of peaceful protesters, Pope Francis appealed for an end to violence and the start of dialogue.

“Once again, and with much sorrow, I feel compelled to mention the tragic situation in Myanmar, where so many people, especially young people, are losing their lives for offering hope to their country,” the pope said at the end of his weekly general audience March 17.

Without mentioning her name, the pope recalled the iconic gestures of Sister Ann Nu Thawng, who made headlines when photographs were published of her kneeling before police seeking to shield peaceful protesters and of her extending her arms begging police not to shoot or hurt anyone.

“I, too, kneel on the streets of Myanmar and say, ‘Stop the violence,'” Pope Francis said. “I, too, spread wide my arms and say, ‘Make way for dialogue.'”

Bloodshed “resolves nothing,” he said, repeating his call for dialogue to begin.

The United Nations, human rights groups, bishops and Catholic organizations have condemned the actions of the Myanmar military, which has continued to crack down on protesters since its Feb. 1 coup.

According to the UN Human Rights office, as of March 16 at least 138 people, including children, had been killed since the coup began, and more than 2,100 civilians have been detained, according to the agency, Assistance Association for Political Prisoners.

Christine Schraner Burgener, the UN special envoy on Myanmar, condemned the continued bloodshed as the military defied international calls, including from the U.N. Security Council, for restraint, dialogue and full respect for human rights and fundamental freedoms.

“The ongoing brutality, including against medical personnel and destruction of public infrastructure, severely undermines any prospects for peace and stability,” she said in a statement March 14. “The international community, including regional actors, must come together in solidarity with the people of Myanmar and their democratic aspirations.”

She said she had heard from contacts in Myanmar heartbreaking accounts of killings, mistreatment of demonstrators and torture of prisoners.