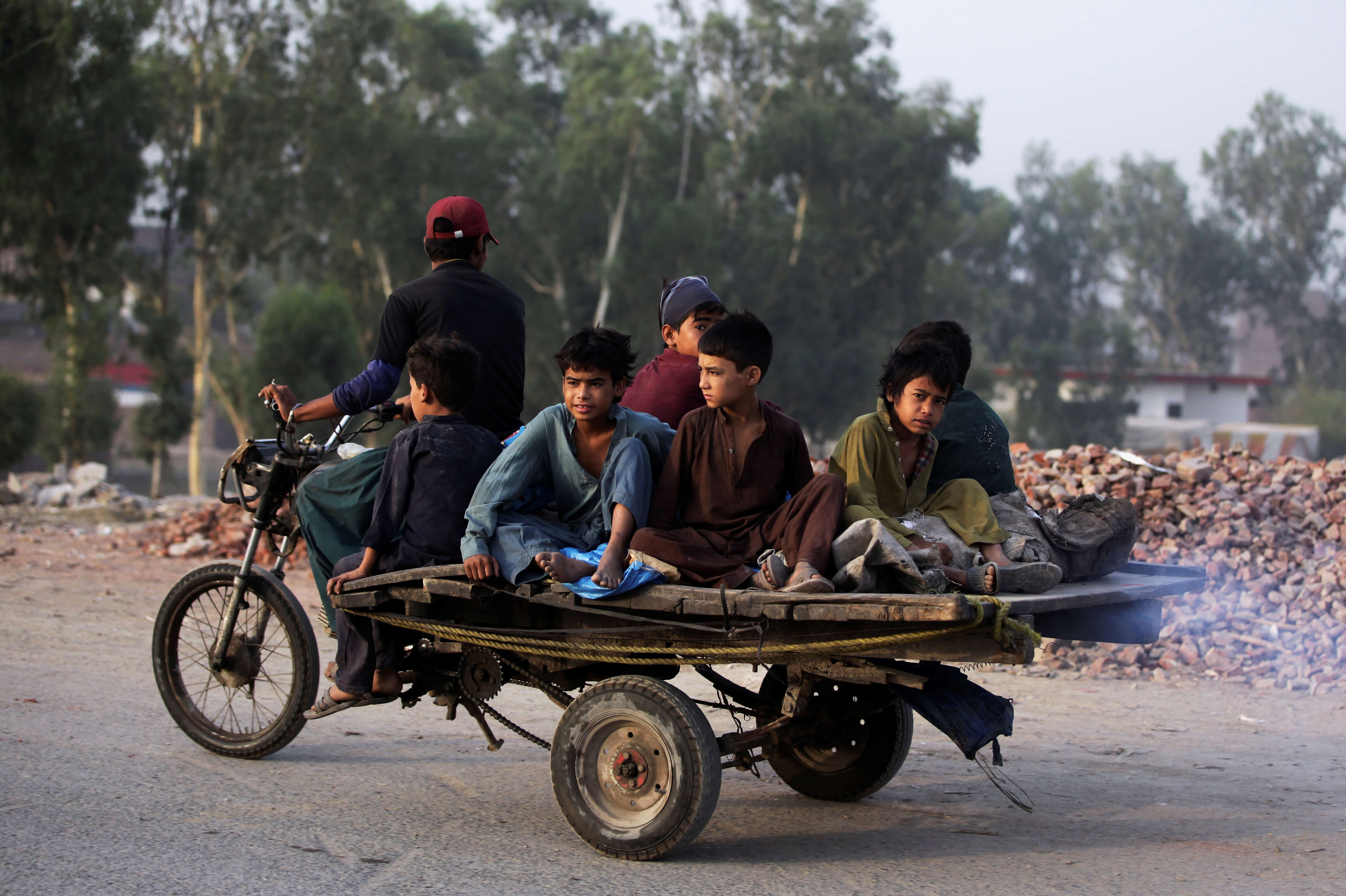 Photo Credit: CNS/Mohsin Raza, Reuters - Boys from an Afghan refugee family ride on a motorcycle cart as they head to search for recyclables in Lahore, Pakistan. The Vatican said Pope Francis will celebrate Mass in St. Peter's Basilica July 8 with migrants, refugees and volunteer rescue teams.

According to the Vatican, the Mass July 8 will mark the sixth anniversary of the pope’s visit to the southern Italian island of Lampedusa.

“Around 250 people will participate in the celebration,” which will take place at the Altar of the Chair in St. Peter’s Basilica, the Vatican said July 1. While the Mass will be broadcasted live, it will not be open to the press or the public.

“The Holy Father desires that the moment be as recollected as possible in the remembrance of how many have lost their lives fleeing war and misery, and so as to encourage those who strive day after day to sustain, accompany and welcome migrants and refugees,” the Vatican said.

In 2013, the pope decided to visit Lampedusa, a small island with a population of 6,000 and just 70 miles from Tunisia, after seeing newspaper headlines describing the drowning of immigrants at sea.

While celebrating Mass there, Pope Francis said the purpose of his visit was not only to pray for those who lost their lives at sea, but also “to try to awaken people’s consciences.”

“Maybe we think, ‘Oh, poor soul,’ but we continue on our way,” he said. “The culture of well-being, which leads us to think only of ourselves, makes us insensitive to the cries of others.”

The island was recently back in the headlines after the captain of a migrant rescue ship made her way into the port of Lampedusa after Italian authorities blocked the ship’s entry.

The ship — with 40 migrants on board — had been forced to remain in international waters for 17 days in the midst of a heatwave.

Upon her arrival at the port, Carola Rackete, the captain, was arrested June 29 by Italian authorities and could face three to 10 years in prison.

While Italian Interior Minister Matteo Salvini applauded her arrest, several European countries denounced her detainment, stating that as a ship captain, Rackete fulfilled her duty by rescuing the migrants.

Pope Francis has often praised the work of rescue volunteers who risk their lives to save others.

During a 2018 Mass commemorating the fifth anniversary of his visit to Lampedusa, the pope expressed his gratitude to a Spanish rescue team stationed in the Mediterranean Sea “for embodying in our day the parable of the good Samaritan, who stopped to save the life of the poor man beaten by bandits.”