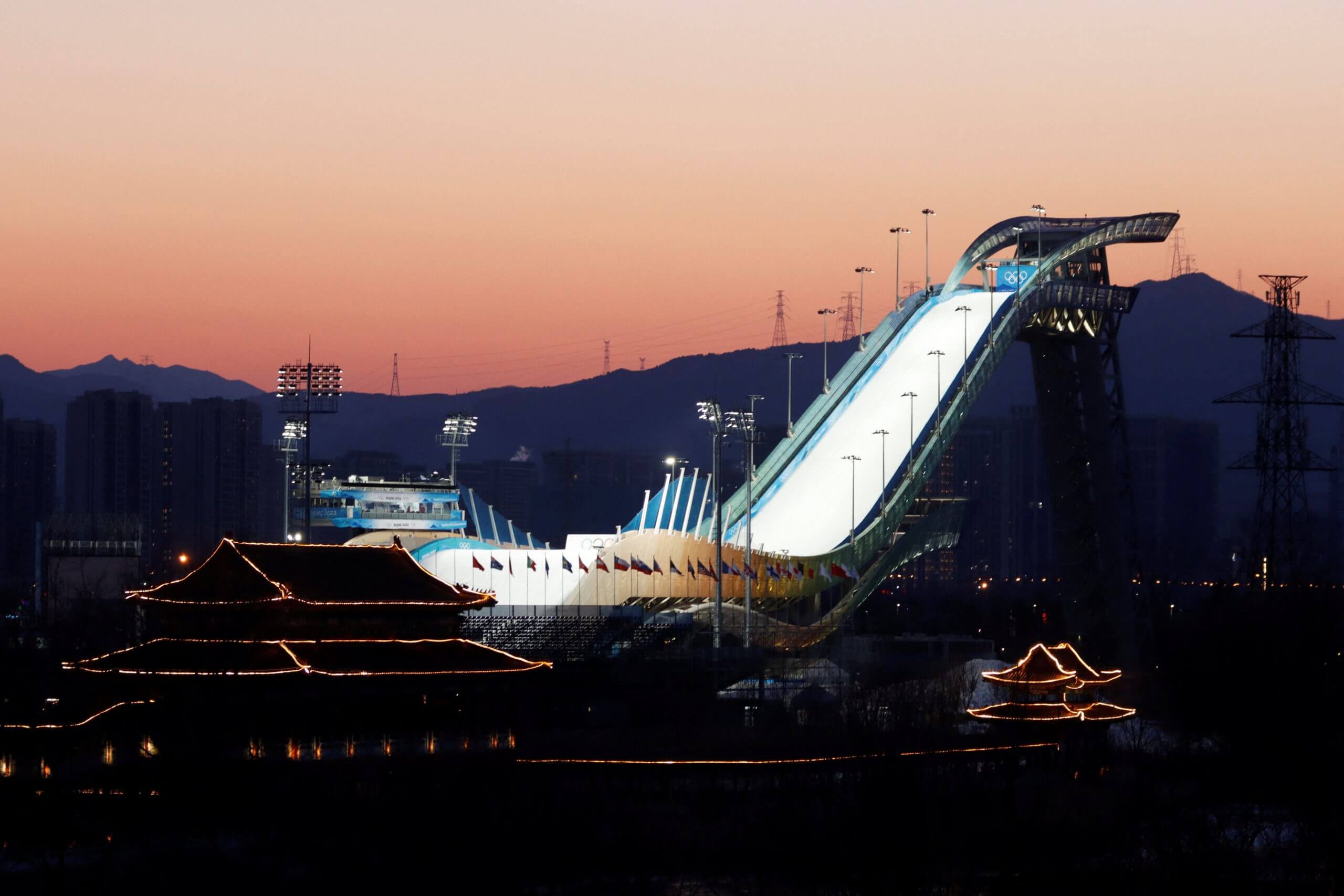 Photo Credit: CNS/Florence Lo, Reuters - Big Air Shougang, a competition venue for the Beijing 2022 Winter Olympics, is seen at the Shougang Park during sunset in Beijing Feb. 2. The Olympic & Paralympic Winter Games in Beijing will take place Feb. 4-20 and March 4-13.

The “true gold medal” at the upcoming Olympic and Paralympic Games goes to everything that helps the global community be more welcoming and accepting of all people, Pope Francis said.

At the end of his general audience Feb. 2, the pope focused on the bonds that unite all people in one human family as he prayed for the people of Myanmar, spoke about the upcoming 2022 Beijing Olympics and Paralympics and anticipated the International Day of Human Fraternity.

For more than a year, “we have watched with pain the violence staining Myanmar with blood,” the pope said. A coup Feb. 1, 2021, ended the country’s experiment with democracy and set off protests and repression, death and detention.

Joining an appeal launched by the country’s bishops, the pope called on the international community “to work for reconciliation between the parties involved. We cannot look away from the suffering of so many of our brothers and sisters. Let us ask God, in prayer, for consolation for that tormented population.”

Pope Francis also noted that Feb. 4 would be the second celebration of International Day of Human Fraternity, a U.N.-declared observation to promote interreligious dialogue and friendship on the anniversary of the document on human fraternity signed in Abu Dhabi in 2019, by Pope Francis and Sheikh Ahmad el-Tayeb, grand imam of Al-Azhar in Egypt.

Fraternity, he said, “means reaching out to others, respecting them and listening to them with an open heart. I hope that concrete steps will be taken together with believers of other religions and people of goodwill to affirm that today is a time of kinship, avoiding fueling clashes, divisions and closures.”

“Let us pray and commit ourselves every day to living in peace as brothers and sisters,” he said.

With the Winter Olympics opening Feb. 4 in Beijing, followed March 4 by the Paralympics, Pope Francis also focused on the power of sport to draw people together.

“Sport, with its universal language, can build bridges of friendship and solidarity between people of all cultures and religions,” he said, which is why he said he appreciated the International Olympic Committee’s decision in July to add another word to the Olympic motto.

“To the historic Olympic motto, ‘Citius, Altius, Fortius’ — Faster, Higher, Stronger — the International Olympic Committee has added the word ‘Communiter,’ that is, Together, because the Olympic Games can make a more fraternal world grow,” the pope said.

Looking at the Paralympics, the pope said humanity “will win the most important medal together if the example of athletes with disabilities would help everyone overcome prejudices and fears and make our communities more welcoming and inclusive. This is the true gold medal!” he said.