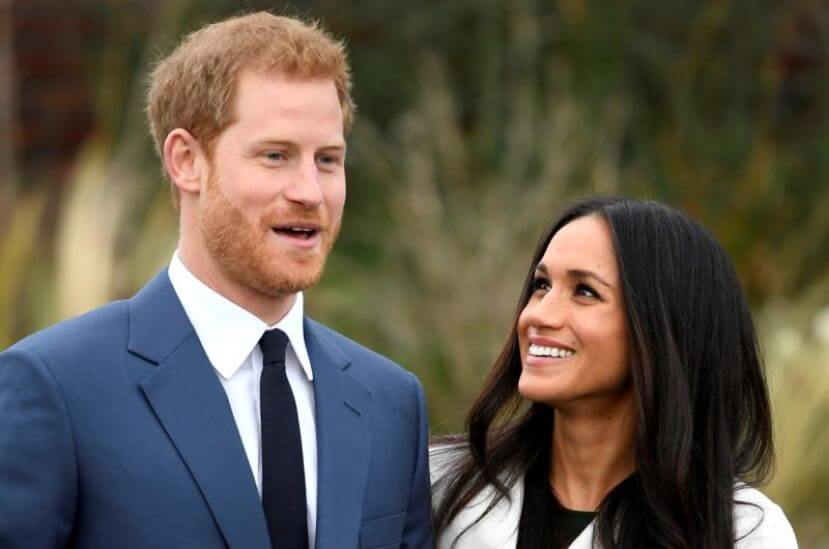 “They’ve been scaling the walls,” Callie Webb, communication director for the school, said with slight exaggeration, but maybe not too much, of the reporters calling and visiting the 112-year-old school with mission-style terra cotta roofs just a few miles from the landmark Hollywood sign.

For two days, Webb’s phone was ringing off the hook and her email mailbox was flooded with requests from local newspapers and TV stations as well as national media and British tabloids about the school’s famous fiancee — the 1999 graduate who is not Catholic but attended the school from seventh grade (before the sixth grade was added) until graduation.

The attention, and the news itself, has been exciting for the school’s 674 students, Webb said, pointing out that some of them had never even heard of Markle and others knew every detail about her 15-month romance with Prince Harry, her engagement, her TV career, activism and now discontinued lifestyle blog, The Tig.

The school, founded by Sisters of the Immaculate Heart of Mary in 1906, tried to put the engagement news in perspective, at least on social media. Its Nov. 27 tweet said: “Over 10,000 women of great heart and right conscience have graduated from Immaculate Heart, and we are proud to count actress and humanitarian @meghanmarkle among them. Today, we send her our very best wishes as she celebrates her engagement to His Royal Highness Prince Harry.”

It posted a similar message that day on its Facebook account, but added that as a global ambassador for World Vision Canada, Markle campaigned for clean, safe drinking water. And as a UN Women’s Advocate, she has spoken up for women’s rights and gender equality.

“She’s so inspirational to many of us, not just as an actress, but also as someone who is into philanthropy and altruism and giving back,” the school’s student body president Mia Speier told KABC, the Los Angeles ABC affiliate.

Webb said Speier’s reaction, that she has now often repeated, about the school’s connection to the royal engagement is: “She is a sister who walked our hallways and was already inspiring.”

And that’s pretty much how the school sees it.

“We’ve been proud of Meghan for a long time,” said Webb of Markle’s advocacy for gender equality and clean drinking water and her work with the United Nations as a women’s advocate for political participation and leadership.

“That’s very much in keeping with the goal of all our students,” she told Catholic News Service Nov. 28, adding that it reflects the school’s mission, which “encourages students to become women of great heart and right conscience through leadership, service and a lifelong commitment to Christian values.”

Webb also noted that Markle, 36, was exposed at an early age to helping others, something that was reinforced at school with community service projects. “Her upbringing meshed with the school’s mission and philosophy,” as she put it.
Markle was chosen as a Kairos retreat leader during her senior year and she took part in the school’s theater productions — long before her role as Rachel Zane in the television drama “Suits.”

“She’s gone from one stage to a bigger stage,” Webb added, noting that in “whatever small way” the school contributed to her current achievements, it is proud.

Immaculate Heart makes no mention of the royal engagement on its website. Instead, the school news is about sports wins, charity drives, upcoming events and a 2007 graduate who is featured in 2018 edition of Forbes “30 Under 30” — the magazine’s list of 600 visionaries in 20 different industries.

Webb pointed out the school has plenty on tap right now with its Dec. 2 open house and ongoing visits from perspective freshmen during the school’s “shadow” days, where they shadow current students on a school day. She knows the media focus on the school is likely to wane, for now, although it’s been great publicity.

She also continually hopes to reinforce the message that Immaculate Heart is thrilled for Markle but not just for the wedding at England’s Windsor Castle when the former student, described as a “classy girl” in the school’s yearbook, will take on the title Duchess of Sussex.

“We always tell our students to dream big,” she said, “but not necessarily about marrying a prince!”