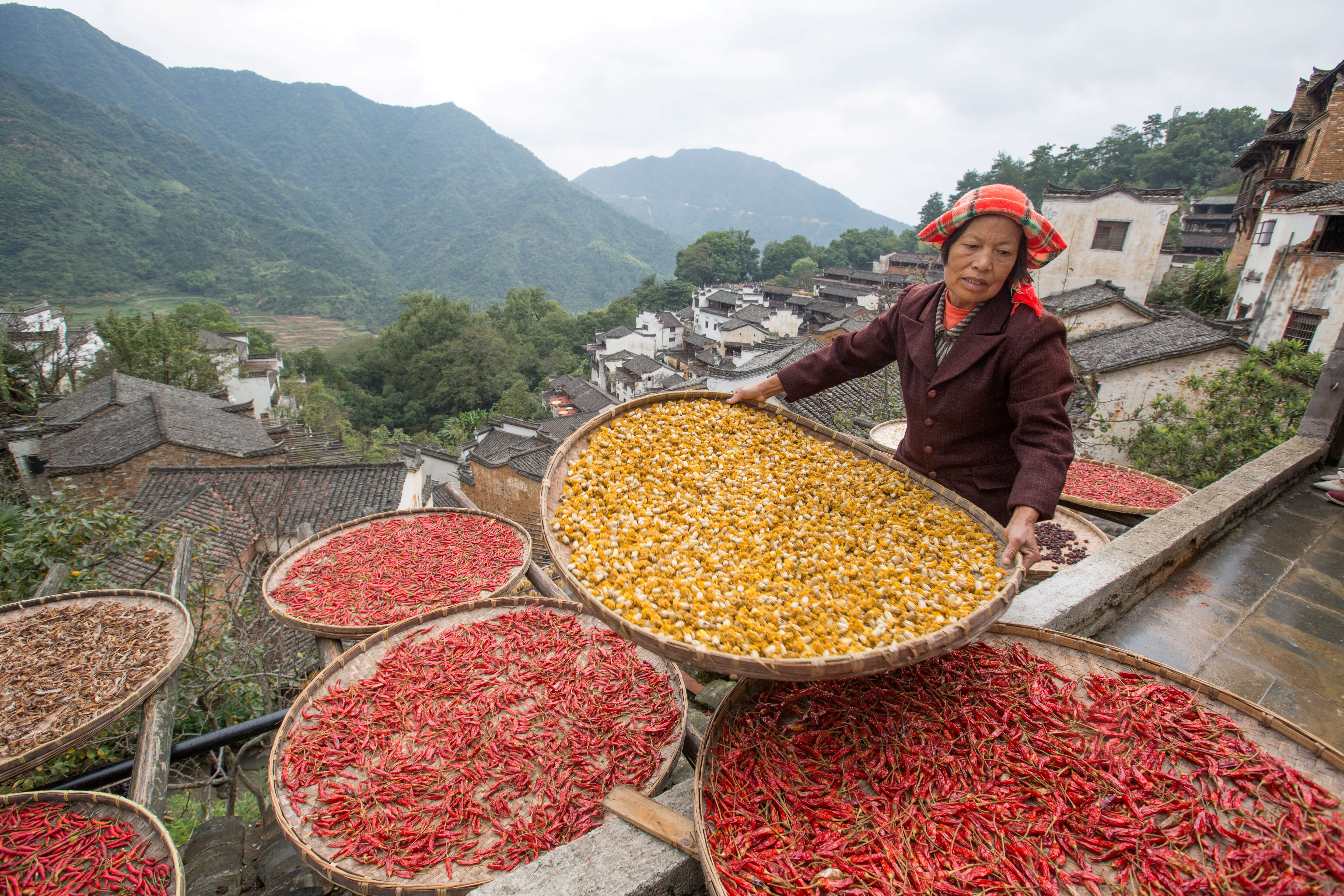 Photo Credit: CNS/Stringer, Reuters - A farmer dries crops in Wuyuan, China. Pope Francis condemned food waste May 18, telling members and volunteers of the European Federation of Food Banks that throwing away food is like throwing away people.

“Waste reveals an indifference toward things and toward those who go without,” he said May 18.

“To throw food away means to throw people away,” he told members and volunteers of the European Federation of Food Banks, including the Food Bank of Italy, which was marking its 30th anniversary.

He thanked the organizations for all they do in providing food to those who are hungry while fighting against food waste.

“You take what is thrown into the vicious cycle of waste and insert it into the ‘virtuous circle’ of good use,” he said, saying their work is like what trees do — taking in pollution to give back oxygen to those in need.

“It is scandalous today not to notice how precious food is” and how much of it ends up wasted, he said.

“Wasting what is good is a nasty habit” that can creep in anywhere, even in charitable works, for example, when good intentions are blocked by bureaucracy or excessive administrative costs or when they “become forms of welfare that do not lead to authentic development.”

Charity today “requires intelligence, the capacity for planning and continuity,” and for people to care about each other, seeking to restore human dignity, the pope said.

He told those involved in food banks that their work shows — with action and not words — that progress “advances each time we walk with those who are left behind.”

“The economy has a profound need of this,” he said, lamenting how “the frenetic scramble for money is accompanied by an interior frailty,” disorientation and a loss of meaning.

“What I care about is an economy that is more humane, that has a soul, and not a reckless machine that crushes human beings,” Pope Francis said.

Too many people are left without work, dignity or hope “and still others are oppressed by inhuman demands of production” that have a negative impact on the family and personal relationships.

The pope said it pains him when he hears parents say they have little time in the day to play with their children because they go to work when the children are still asleep and get home when they are already in bed.

“This is inhuman: this vertigo of inhuman work.”

“Instead of serving humanity,” he said, the economy “enslaves us, subjugates us to monetary mechanisms” that are increasingly difficult to control.

“We need to encourage models of growth based on social equality, on the dignity of human persons, on families, on the future of young people, on respect for the environment,” he said.

“Even if evil is at large in the world, with God’s help and the good will of so many like yourselves, the world can be a better place,” he said.