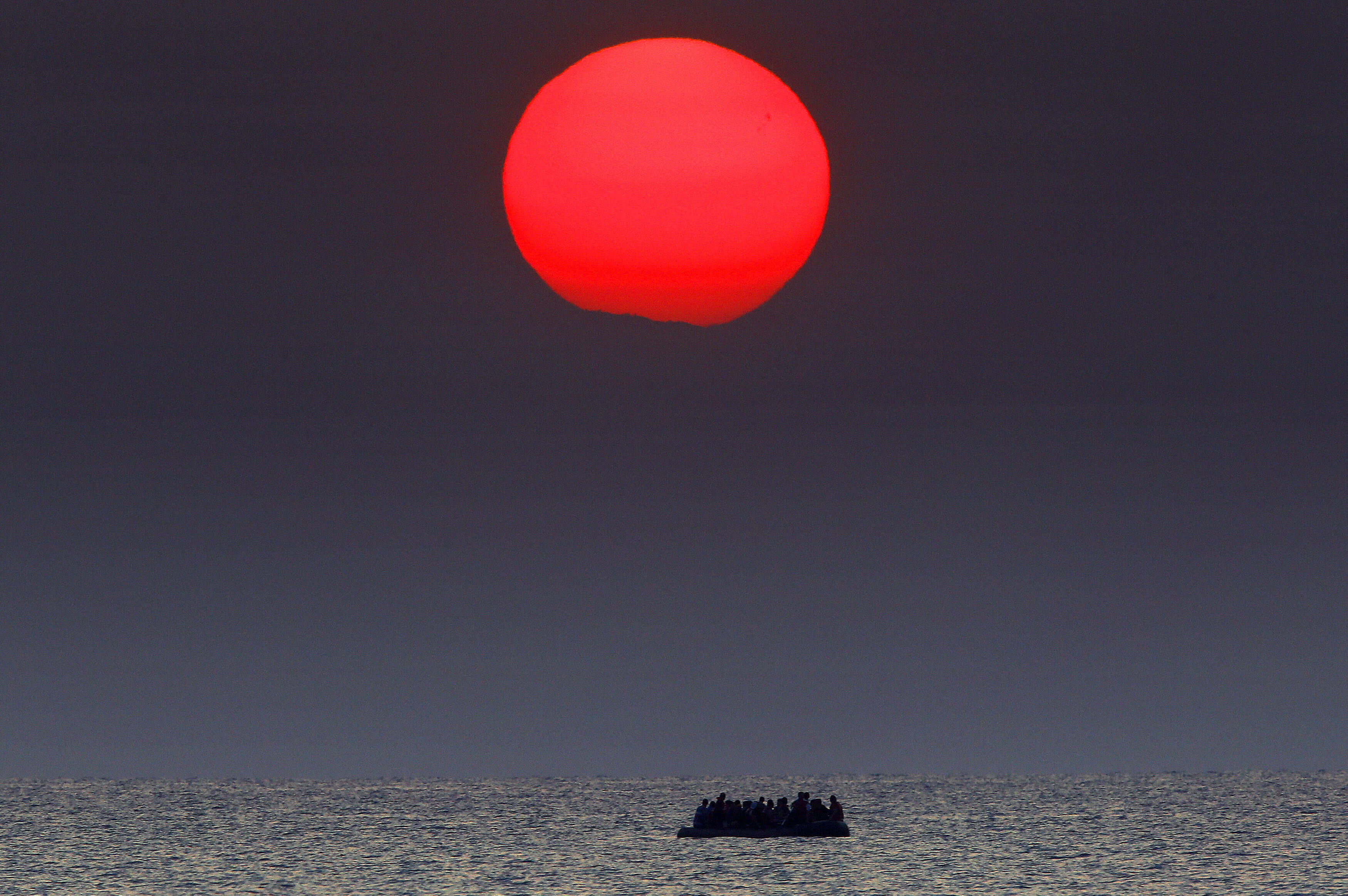 Photo Credit: CNS/Yannis Behrakis, Reuters - A red sun is seen over a dinghy overcrowded with Syrian refugees drifting in the Aegean sea between Turkey and Greece after its motor broke down off the Greek island of Kos in 2015.

Vatican announces theme for World Day of Migrants and Refugees

After moving the Vatican celebration of the World Day of Migrants and Refugees from January to September, Pope Francis wants Catholics to understand how concern for migrants and refugees is part of a much broader Christian concern for people in need.

The Vatican celebration of the World Day of Migrants and Refugees 2019 will be celebrated Sept. 29, the Vatican said, and the pope’s choice for a theme is: “It is not just about migrants.”

“With this theme, Pope Francis wants to highlight that his frequent appeals for migrants, refugees, displaced and trafficked people should be understood as integral to his deep concern for all the inhabitants of today’s ‘existential peripheries,'” said a note from the Migrants and Refugees Section of the Dicastery for Promoting Integral Human Development.

In other words, the note said, “the hungry, the thirsty, the stranger, the naked, the sick and the prisoner who knock on our door today are Jesus himself, asking to be encountered and supported.”