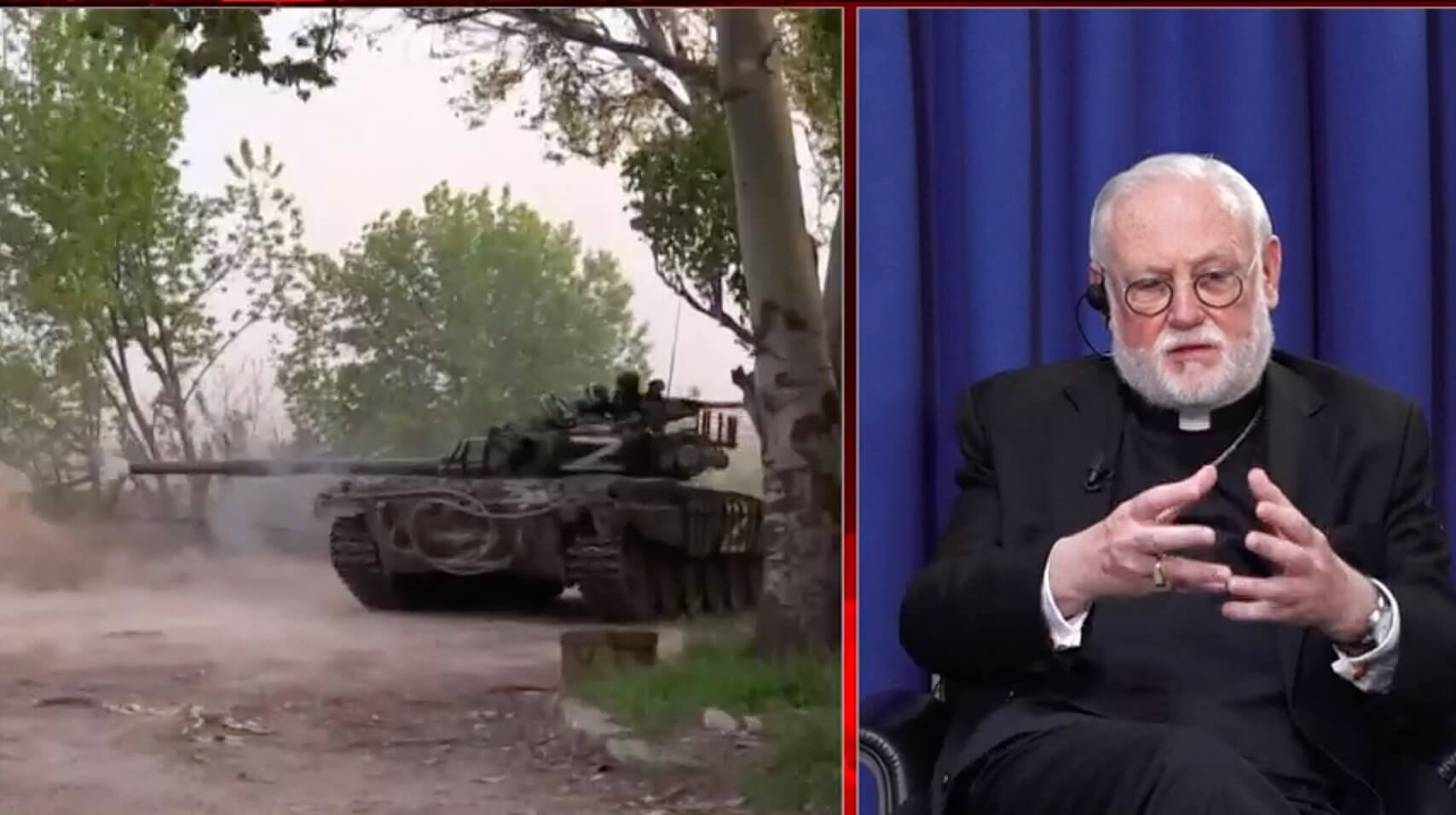 Photo Credit: CNS/Vatican Media - Archbishop Paul Gallagher, the Vatican foreign minister, speaks during a May 12 interview about his scheduled trip to Kyiv, Ukraine, May 18. He said Ukraine has a right to defend itself, but the Vatican and Pope Francis are worried about a new arms race.

Archbishop Paul Gallagher, the Vatican foreign minister, was set to visit Ukraine May 18-20, meeting with church and government officials, people displaced by the war and towns destroyed by Russian bombings.

The Vatican Secretariat of State tweeted late May 17 that the archbishop would arrive in Lviv, in western Ukraine, the following morning and would be the guest of Archbishop Mieczyslaw Mokrzycki, the city’s Latin-rite bishop and president of the country’s Latin-rite bishops’ conference.

Archbishop Gallagher also was scheduled to meet with Archbishop Ihor Voznyak of the Eastern-rite Archdiocese of Lviv and visit displaced people being offered shelter by the parish of St. John Paul II and a Benedictine monastery, the Secretariat of State said.

The Vatican official was scheduled to meet May 19 with the president of the Lviv region and with the city’s mayor before meeting with Archbishop Sviatoslav Shevchuk of Kyiv-Halych, head of the Eastern-rite Ukrainian Catholic Church.

A meeting with Dmytro Kuleba, Ukraine’s foreign minister, followed by a news conference, was scheduled for May 20.

Later in the day, the archbishop planned to visit Vorzel, Irpin and Bucha, villages outside Kyiv that were occupied by Russian troops in March and where those troops are alleged to have carried out war crimes, including rape and the execution of civilians. The International Criminal Court began investigating the allegations in April.