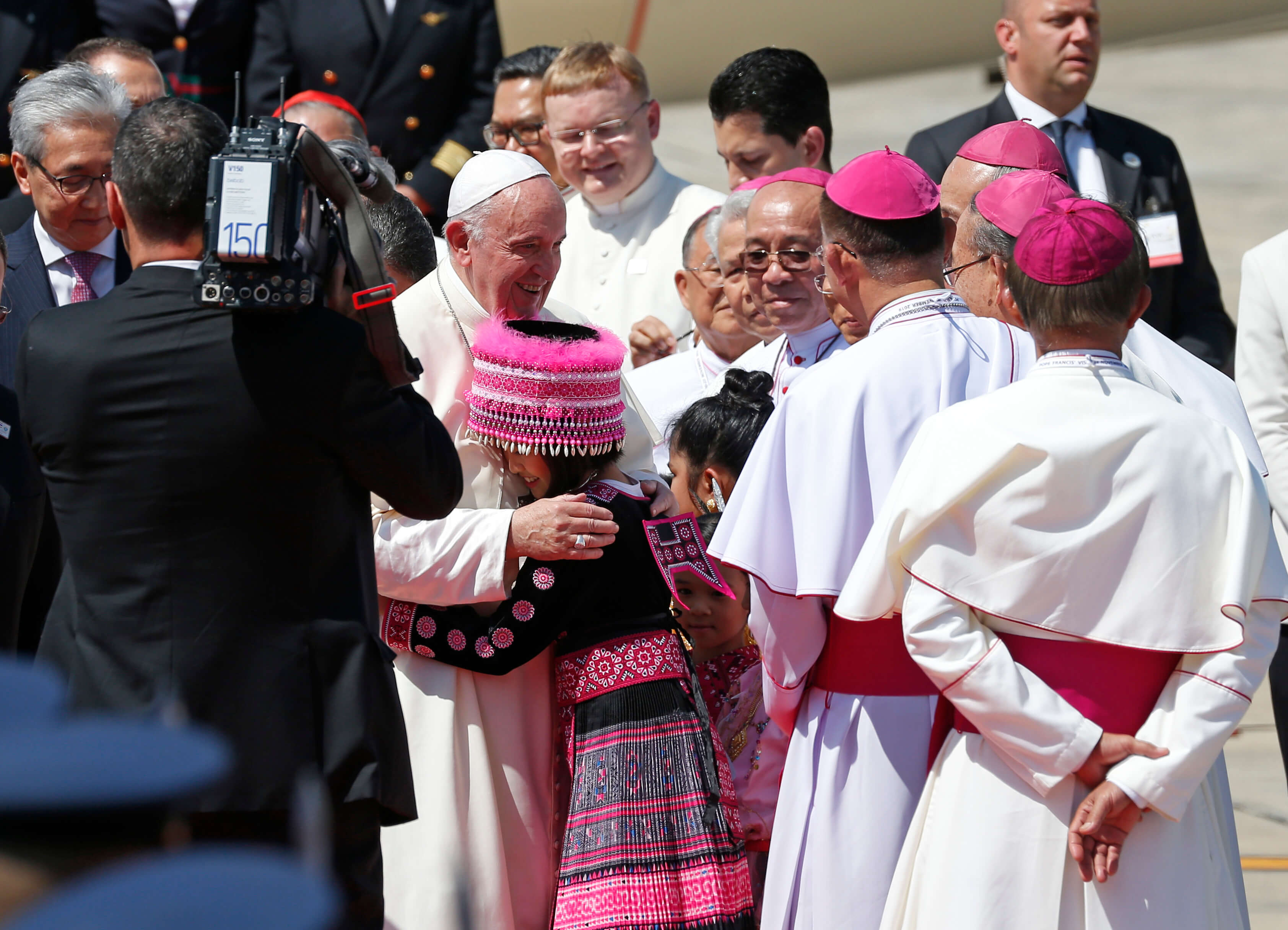 Photo Credit: CNS/Paul Haring - Pope Francis embraces a girl in traditional dress as he arrives at Military Air Terminal 2 in Bangkok Nov. 20. The pope is visiting Thailand and Japan Nov. 20-26.

Arriving in Thailand after an 11-hour flight, Pope Francis was greeted by 11 children — one for each of the country’s Dioceses.

Pope Francis caressed the faces of the shy little ones and reciprocated a hug with the bolder, older girls. All of the children were dressed in traditional costumes and held a Thai flag and a Vatican flag.

Also on hand was Pope Francis’ second cousin, Salesian Sister Ana Rosa Sivori, a missionary in Thailand for more than 50 years and the official translator for the pope’s stay Nov. 20-23.

Because of the length of the overnight flight from Rome, the formal welcoming ceremony with Thai government officials was scheduled for Nov. 21.

Pope Francis went directly from the airport to the Vatican nunciature in Bangkok, where he will be staying. Dozens of young adults — including novices from women’s religious orders and seminarians — gathered outside the nunciature to welcome him. Six of them performed a traditional Thai dance for him.

Flying to Bangkok from Rome, Pope Francis spent about half an hour with the close to 70 journalists accompanying him on the trip. Most of that time was devoted, as is his custom, to going row by row and greeting each person individually, blessing rosaries, asking after family members and making small talk.

In his very brief remarks to the whole group, he thanked the journalists for joining him on the trip to Thailand and on to Japan Nov. 23-26, telling them their work is very important for keeping people informed and, especially for his trip to Asia, for sharing with them cultures they may not know.