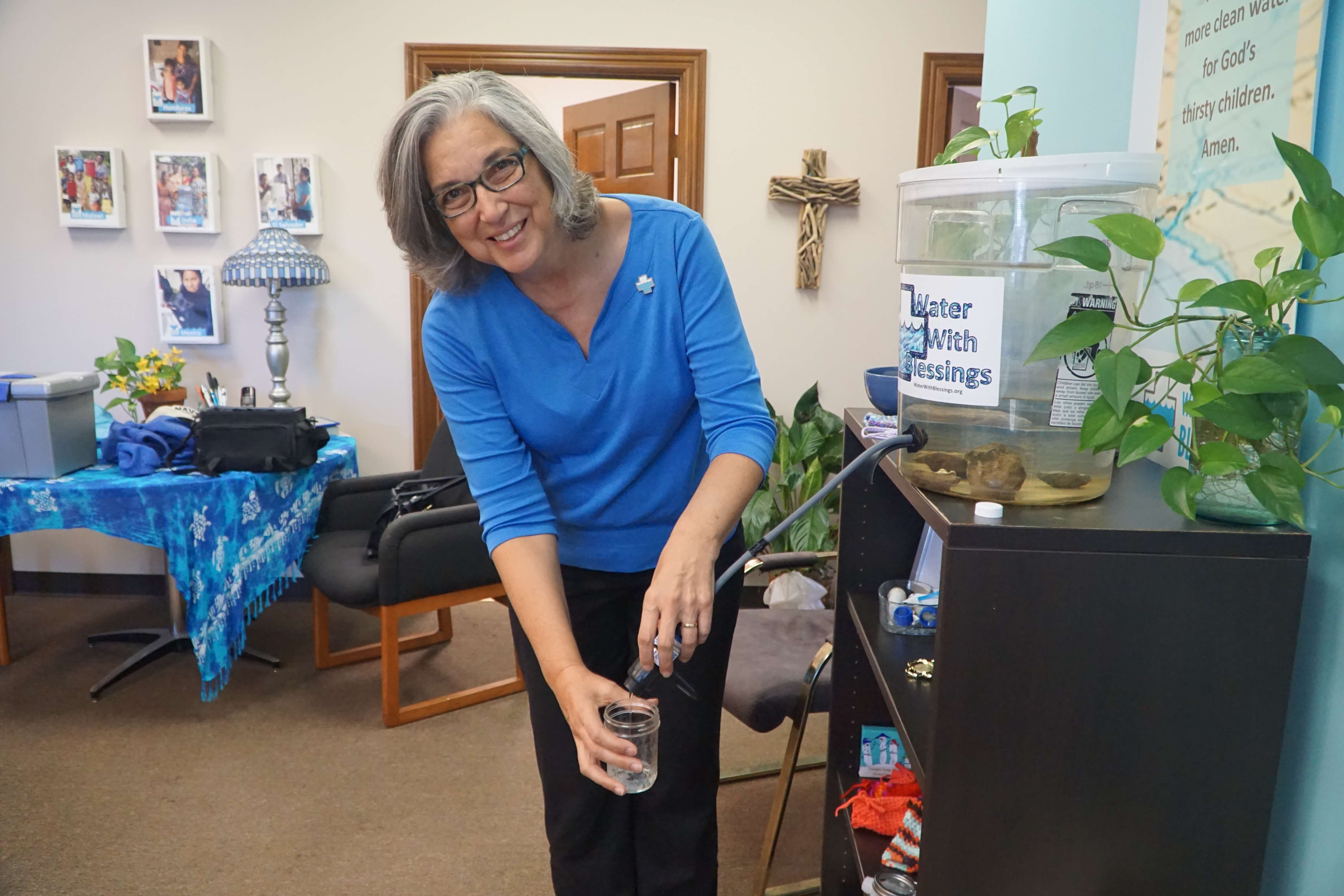 As Sister Larraine Lauter held the tiny hand of an infant patient at a cholera clinic in Verrettes, Haiti, two years ago, she made a silent promise.

“I made a promise to her, in my heart, that she wouldn’t have to be back in that hospital,” said Sister Lauter, an Ursuline Sister of Mount St. Joseph.

Sister Lauter, co-founder of the nonprofit group Water With Blessings, based in Middletown, Kentucky, is on track to keep the promise she made.

Shortly before that visit to Haiti, Water With Blessings had launched a campaign to eradicate cholera there. Since then, Verrettes, a community of close to 50,000 people, and two other communities in Haiti — Anse-a-Veau, with a population of about 35,000, and Cornillon, with more than 54,000 inhabitants — have been cholera-free, said Sister Lauter.

A few months after she met the suffering infant, that cholera clinic was closed — a sign there were no reported cases of cholera, she added.

Water With Blessings, founded 10 years ago, trains women in communities without access to safe drinking water to use donated water filtration systems. Since its founding, the group has trained 100,000 of these women, called “water women,” in 48 nations.

Sister Lauter said her promise to Haiti and that little girl back in 2017 was a “crazy” one, but it was rooted in her faith.

Cholera is caused by bacteria ingested with contaminated food or water that infects the intestines, according to the Centers for Disease Control and Prevention. Symptoms include diarrhea, vomiting, low blood pressure and muscle cramps.

Cholera has killed thousands in Haiti since an outbreak began 2010, following a devastating earthquake that killed more than 200,000. The nation hadn’t experienced an outbreak in almost a century, according to the CDC.

A 2018 report by the World Health Organization estimates that 816,000 cases of cholera were confirmed in Haiti between October 2010 and December 2017. Close to 10,000 of those cases were fatal, the report said.

Although cholera is treatable, it can be fatal to communities without quick access to medical care, such as Haiti, where large percentages of the population live in remote areas and hours away from medical care, said Sister Lauter.

Since Water With Blessings launched its cholera-free campaign in 2017, the organization has donated filters to and trained more than 15,000 women in three communities in Haiti. Close to 60,000 households have benefited from the filters.

The women who receive filters from the group make a pledge to share their filters with three other families. These women are the real heroes in the fight against cholera, Sister Lauter said.

“We’re asking a lot of them. I tell them this is Haiti’s second revolution and this time the women are the heroes. We can tell they’re stepping up to that because these areas have stayed cholera-free.”

Eradicating cholera in these three communities has come with a hefty price tag. Close to $1 million has been invested there, the woman religious said, saying the funds came from donors, parishes and other organizations.

Water With Blessings has now set its sights on two more communities in Haiti to work on eradicating cholera and have had support from local parishes and a local Knights of Columbus council. Individuals can donate as little as $60, the cost of a filter kit, that will provide a lifetime of clean water to four families.

The group also is using a tool to show donors how their money is used with information about the women who receive donated filters and their families.