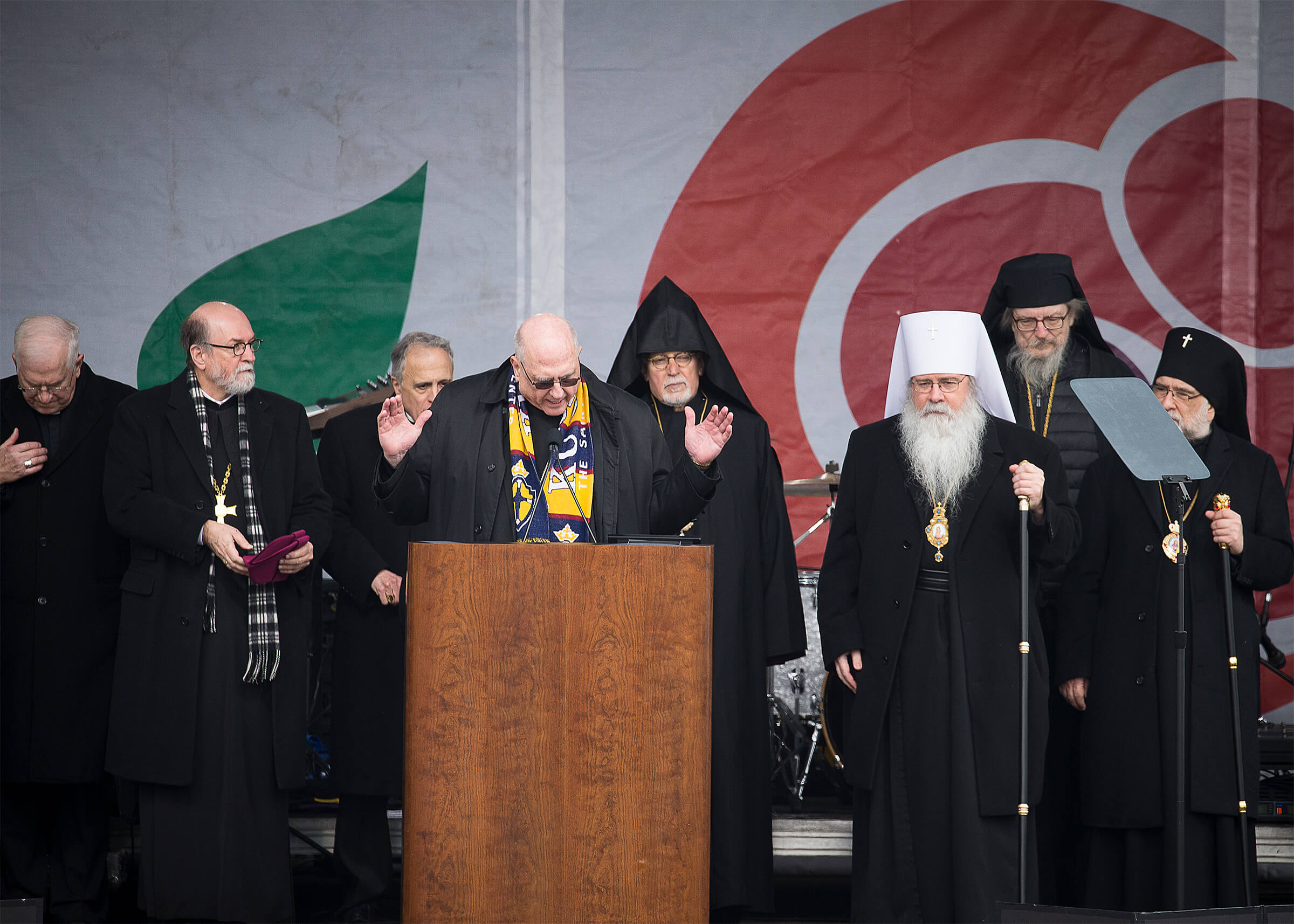 Archbishop: ‘Let’s pray we can be effective witnesses’ for life, love, mercy

Catholics “must do all we can to be God’s witnesses of merciful love in the world” and stand up for “the life and dignity of the human person wherever it is threatened or diminished,” said the chairman of the U.S. bishops’ Committee on Pro-Life Activities.

“Protecting the life of the unborn children is the pre-eminent human rights issue of our time, not only because of the sheer magnitude of the numbers, but because abortion attacks the sanctuary of life, the family,” Archbishop Joseph F. Naumann of Kansas City, Kansas, said in a Jan. 18 statement.

“Every abortion not only destroys the life of an innocent child, but it wounds and scars mothers and fathers … in reality, the welfare of parents and their child are always intimately linked,” he wrote.

The archbishop also made it clear that pro-life Catholics “are concerned about the life and dignity of the human person wherever it is threatened or diminished,” and highlighted the sexual abuse crisis within the Catholic Church as an example of “grave injustice” to this dignity.

“The abuse of children or minors upends the pro-life ethic,” he explained, because it is an “egregious offense against the dignity of the human person.”

Archbishop Naumann issued his statement ahead of the Jan. 22 anniversary of the U.S. Supreme Court’s decisions in the companion cases of Roe v. Wade and Doe v. Bolton that legalized abortion in all 50 states.

The U.S. Catholic Church observes Jan. 22 as the National Day of Prayer for the Legal Protection of the Unborn Jan. 22.

Archbishop Naumann gave the opening prayer at the annual March for Life in Washington Jan. 18, which according to march officials numbered more than 100,000. He urged the crowd there to “go change the world.”

The evening before he was the principal celebrant and homilist at the March for Life vigil Mass at the Basilica of the National Shrine of the Immaculate Conception. He decried the toll abortion has taken on human life as well as the “grave injustice” to human dignity done by clergy sex abuse

In his statement, Archbishop Naumann said called on the faithful “to pray for an end to the human rights abuse of abortion, and for a culture of life, where through God’s grace all will come to know they are made in his divine image.”

He also described a Church “devastated by the scandal of sexual misconduct by clergy and of past instances of the failure of bishops to respond with compassion to victims of abuse and to protect adequately the members of their flock.”

He urged the Church and the faithful to “seek justice for all of God’s children.”

“We must do all we can to be God’s witnesses of merciful love in the world,” he continued. “We know and give thanks for the great dignity God has given to us from the moment of conception, to be made in His image. We also must pray for the grace to remind others of this inherent dignity, in our words and in our actions.”