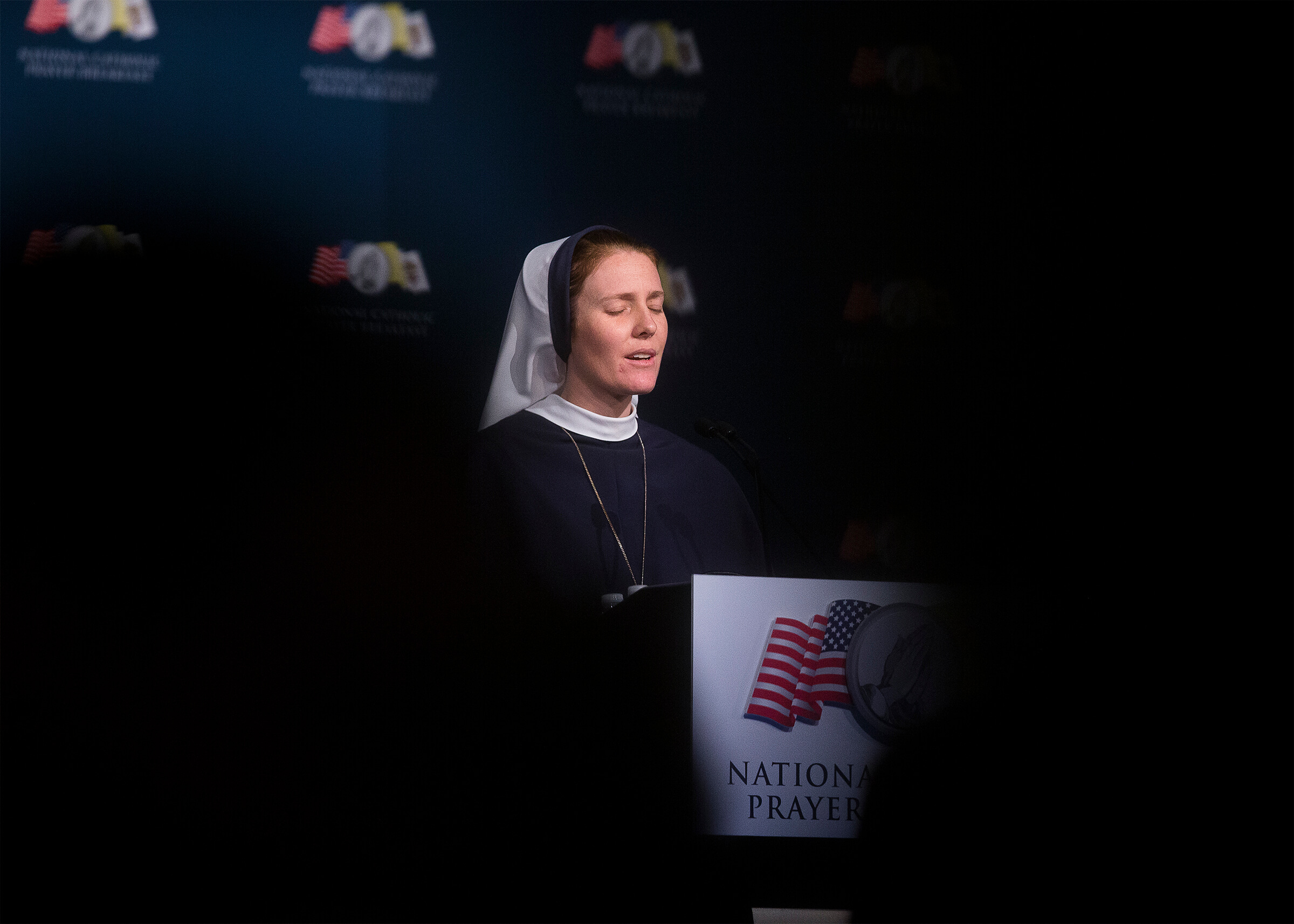 Preservation of the family, marriage and the unborn were the main themes of the annual National Catholic Prayer Breakfast at the Marriott Marquis hotel in Washington April 23.

“Faith in the crucified and risen Christ shields us from two cold and deadly sins: arrogant presumption and cynical despair,” said Bishop Thomas J. Olmsted of Phoenix, the guest speaker. “Neither of which are appropriate in a Christian leader. The enemy of our souls does not care which we prefer.”

Bishop Olmsted, who is a consultant to the pro-life committee of the U.S. Conference of Catholic Bishops, said the matter of legal abortion has defined his ministry, since he was ordained a priest in Lincoln, Nebraska, in 1973, the year of the Supreme Court’s Roe v. Wade decision, which legalized abortion on demand.

“It is my pastoral duty to proclaim the Gospel of life and the protection in law of the most vulnerable among us. The love of Christ compels me.”

Bishop Olmsted also recalled the words of St. John Paul II at a Mass on the National Mall in October 1979: “We will stand up and proclaim that no one ever has the authority to destroy unborn life.”

Speaking of the Born-Alive Abortion Survivors Protection Act, Bishop Olmsted asked, “Where does blatant disregard for a child’s life come from? From hardened hearts. A child demands love, and love costs.”

“Any rejection of bodiliness,” he added, “will immediately target two beautiful but demanding and sometimes inconvenient realities: marriage and the human child.” Marriage, he said, “stands now in the way of the gender ideology. We Christians will stand for the reality of marriage today in our homes and the public square, even when facing persecution today.”

A rapidly lowering birth rate in the United States, he said, means that the warning about contraception in St. Paul VI’s 1968 encyclical, “Humanae Vitae,” has come true, and “the disaster invited by theologians, bishops, priests and laity who protested Paul VI’s prophetic letter is upon us,” with sexual pleasure separated from procreation.

“Christians are called not to complacency, but to greatness, to have hearts great enough to be filled with God,” Bishop Olmsted concluded.

The breakfast has taken place annually since 2004. It was established in 2004 in response to St. John Paul’s call for a new evangelization.