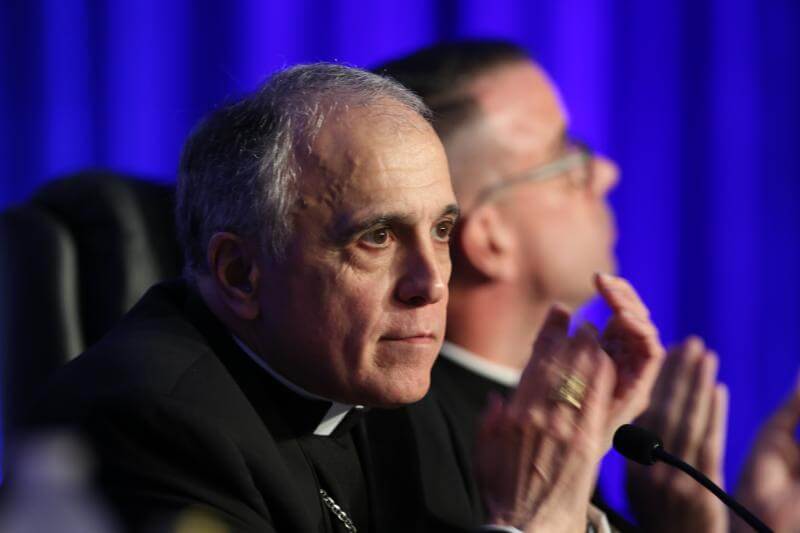 Archbishop Theodore E. McCarrick “will rightly face” a Vatican canonical process regarding sexual abuse allegations against him, but the U.S. Catholic Church must take steps to respond to Church leaders’ “moral failures of judgment,” said the president of the U.S. Conference of Catholic Bishops.

The accusations against Archbishop McCarrick, a former cardinal and retired archbishop of Washington, “reveal a grievous moral failure within the Church,” said Cardinal Daniel N. DiNardo of Galveston-Houston.

“They cause bishops anger, sadness and shame; I know they do in me,” he said in an Aug. 1 statement. “They compel bishops to ask, as I do, what more could have been done to protect the people of God. Both the abuses themselves, and the fact that they have remained undisclosed for decades, have caused great harm to people’s lives and represent grave moral failures of judgment on the part of Church leaders.”

To determine a course of action for the USCCB to take, Cardinal DiNardo said he convened the bishops’ Executive Committee.

“This meeting was the first of many among bishops that will extend into our Administrative Committee meeting in September and our general assembly in November,” he explained. “All of these discussions will be oriented toward discerning the right course of action for the USCCB.”

Such work will “take some time,” but he laid out four points to be acted upon immediately:

— He encouraged each bishop “to respond with compassion and justice to anyone who has been sexually abused or harassed by anyone in the Church. We should do whatever we can to accompany them.”

— He urged anyone who has experienced sexual assault or harassment by anyone in the Church to come forward. “Where the incident may rise to the level of a crime, please also contact local law enforcement.”

— The USCCB “will pursue the many questions surrounding Archbishop McCarrick’s conduct to the full extent of its authority; and where that authority finds its limits, the conference will advocate with those who do have the authority. One way or the other, we are determined to find the truth in this matter.”

— “Finally, we bishops recognize that a spiritual conversion is needed as we seek to restore the right relationship among us and with the Lord. Our Church is suffering from a crisis of sexual morality. The way forward must involve learning from past sins.”

Cardinal DiNardo said the failures of judgment by Church leaders in the case of Archbishop McCarrick “raise serious questions.”

“Why weren’t these allegations of sins against chastity and human dignity disclosed when they were first brought to Church officials?” he asked. “Why wasn’t this egregious situation addressed decades sooner and with justice? What must our seminaries do to protect the freedom to discern a priestly vocation without being subject to misuse of power?”

In conclusion, he asked all to “pray for God’s wisdom and strength for renewal as we follow St. Paul’s instruction: ‘Do not conform yourselves to this age but be transformed by the renewal of your mind, that you may discern what is the will of God, what is good and pleasing and perfect.'”

On July 28, Pope Francis accepted the resignation from the College of Cardinals of then-Cardinal McCarrick and ordered him to maintain “a life of prayer and penance” until a canonical trial examines accusations that he sexually abused minors.

In late June, the 88-year-old prelate said he would no longer exercise any public ministry “in obedience” to the Vatican after an allegation he abused a teenager 47 years ago in the Archdiocese of New York was found credible. The cardinal has said he is innocent.

In the weeks that followed the announcement, another man came forward claiming he was abused as a child by Archbishop McCarrick, and several former seminarians have spoken out about being sexually harassed by the cardinal at a beach house he had.

In other developments, two New Jersey Dioceses where he served in the 1980s and 1990s said settlements had been reached some years before in a couple of cases of abuse claims made against him.

He was the founding bishop of the Diocese of Metuchen, New Jersey, in 1981, then headed the Archdiocese of Newark, New Jersey, before being named to Washington in 2001.