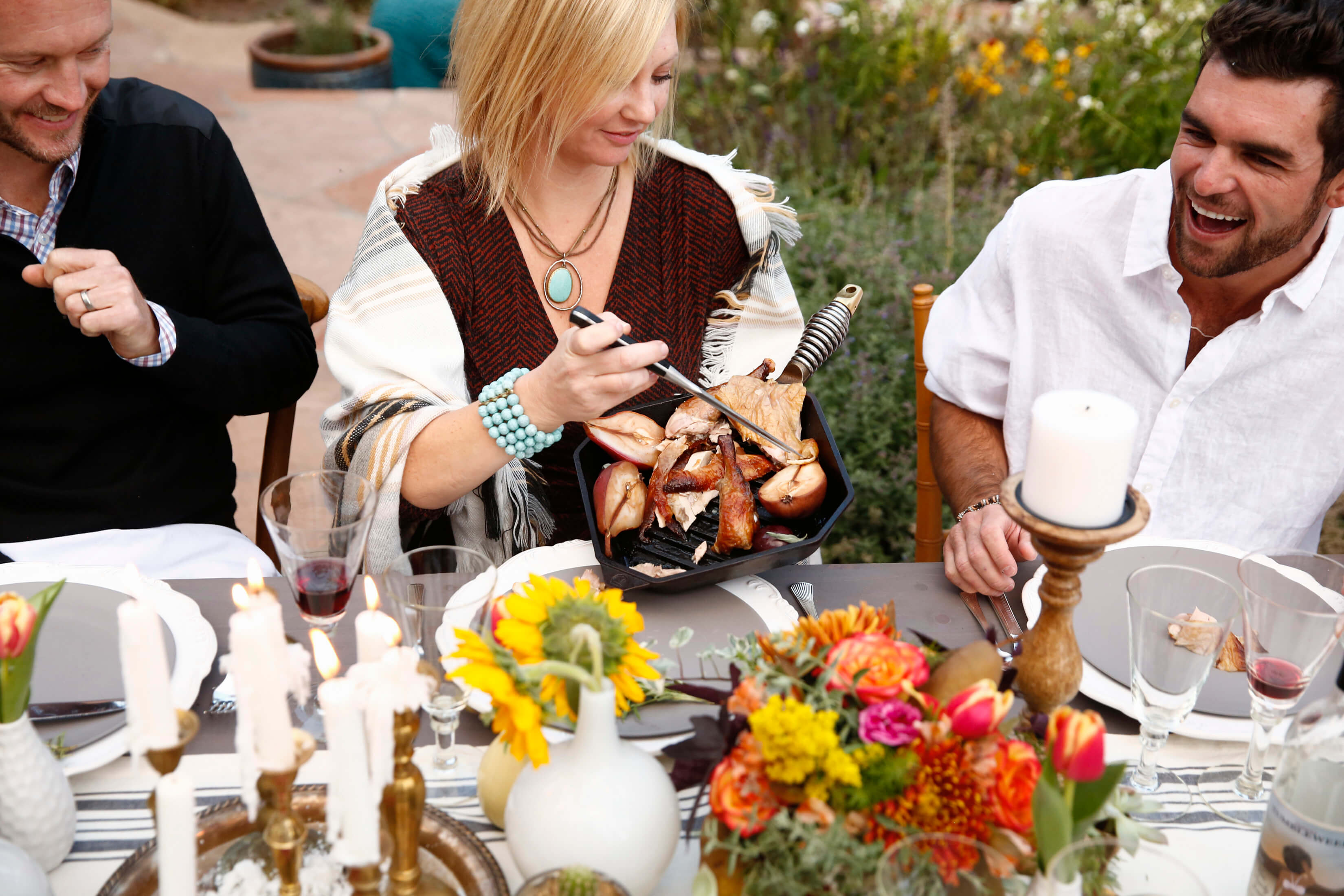 Photo Credit: CNS/Nancy Wiechec - Family and friends gather for a Thanksgiving Day feast featuring foods from local farms, ranches and purveyors in Arizona. The first Thanksgiving was a celebration of survival, gifts, sharing and gratitude. Colonists and Native Americans feasted on deer meat, fish, clams, fowl and corn — food they collected from nearby and from harvesting what they planted.

If we take the lead from the first Thanksgiving, our holiday tables should feature the food and people close to us. Pilgrims came to the New World knowing little about how to fend for themselves in the new land. They fled England as religious separatists and traveled across waters for new prosperity.

But half the Mayflower’s hundred or so passengers died during their first New England winter, a particularly harsh one. The remaining Pilgrims did better only after the indigenous people gave them direction in hunting, fishing, growing corn and storing stocks for winter. One can imagine that the Pilgrims, devout in their faith, were grateful to God for the native people who befriended them.

The first Thanksgiving (the name came later) was a celebration of survival, of gifts, of sharing and of gratitude. Colonists and Native Americans feasted on deer meat, fish, clams, fowl and corn — food they collected from hunts, fishing and planting. What our technological society today calls the slow food movement has its roots in hunter-gatherer and small-farm communities.

Local food is better for you, better for the land and environment and a tribute to those who toil to feeds us. Like the Native Americans and Pilgrims, try sourcing your meal from what is abundant and nearby. Be grateful for the sustenance and the people around you, and enjoy.

—Originally published in the Fall issue of Vermont Catholic magazine.