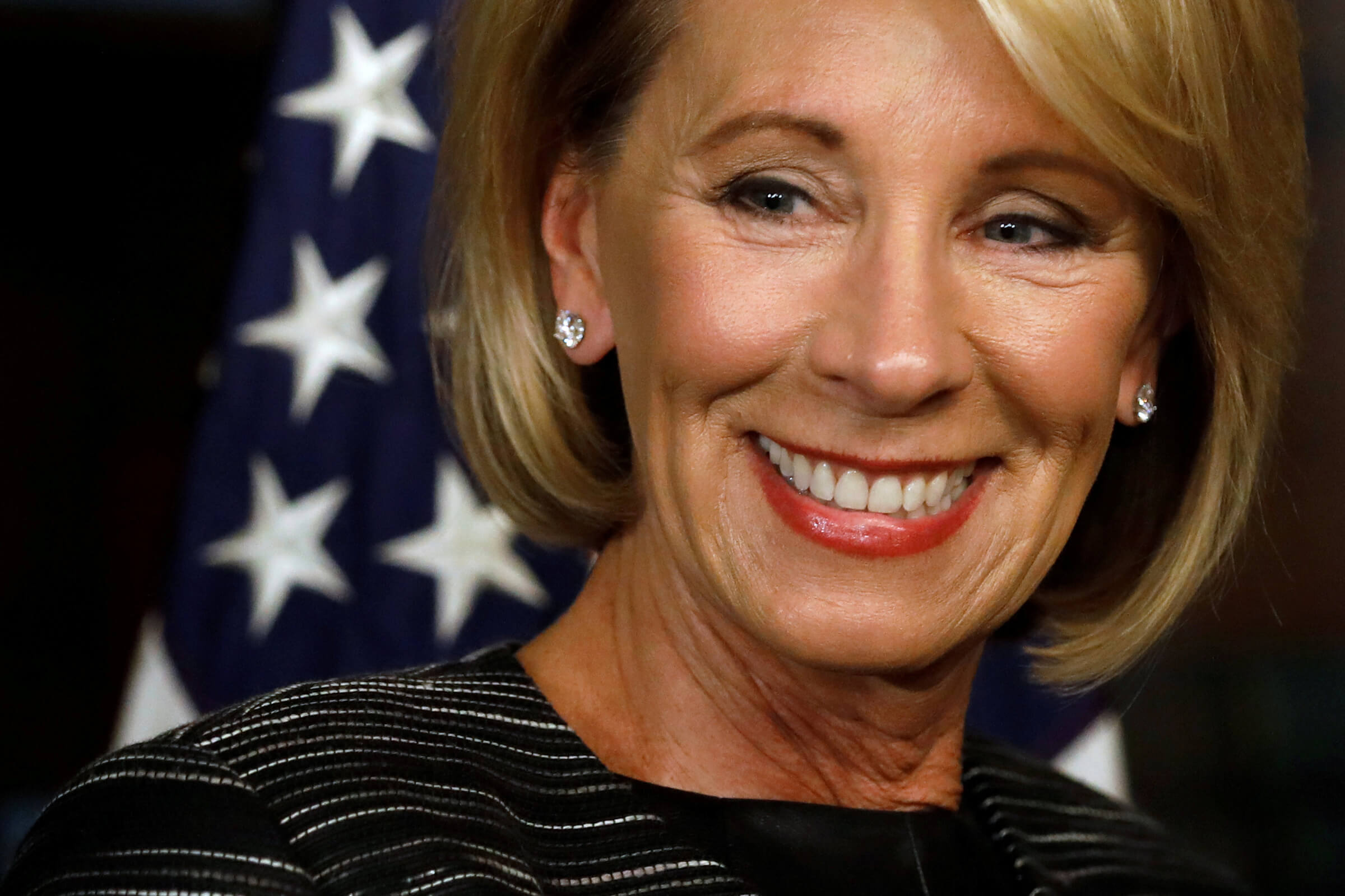 A new piece of legislation endorsed by Secretary of Education Betsy DeVos could put Catholic or other religious schools within reach of many families who would otherwise not be able to afford them.

The plan, called “Education Freedom Scholarships,” is actually not a new federal program meant to redirect funds toward private school scholarships and away from public education or the like — though that is what some of its opponents portray it as doing.

According to the program’s website, the plan offers “a $5 billion annual federal tax credit for voluntary donations to state-based scholarship programs.” The website also explains that it will not take “a single dollar away from public schools and the students who attend them.”

Essentially, each state that decides to participate in Education Freedom Scholarships would structure its own program, including provisions for which scholarships students can apply and what schools those scholarships can be directed toward. The federal government’s only role in making it work would be instituting the federal tax credit for those who donate to state entities which provide scholarships.

Companion bills, called the Education Freedom Scholarships and Opportunity Act, have been introduced in the Senate and House of Representatives by Sen. Ted Cruz, R-Texas, and Rep. Bradley Byrne, R-Alabama, respectively. Cruz has said the idea “enables all students to access a personalized education experience that meets their individual needs.”

Bishop Michael C. Barber of Oakland, California, who is chairman of the U.S. Conference of Catholic Bishops’ Committee on Catholic Education, sent a letter of thanks on March 20 to Cruz and Byrne for introducing the bill, saying, “The Catholic Church teaches that parents … have the right to select the best education environment for their children.” He emphasized judicial precedent indicates that “since 1925, parental rights in education has been the law of the land in the United States.”

Similar programs have already been accepted and rejected by some states. In Kentucky, for example, House Bill 205 would have implemented the plan at the state level but seemed to meet its demise in committee earlier this month, according to the Courier Journal daily newspaper. The bill’s proponents included Archbishop Joseph E. Kurtz of Louisville and many Republican politicians, while it was uniformly opposed by teachers’ unions, Democrats and superintendents across the state.

In response to critics of the bill who say that such a program covertly siphons money from public schools, Andrew Vandiver, associate director of the Catholic Conference of Kentucky, said the state conference “has no problem with increased funding for public schools” and that the “issue was different” because the scholarship system would have used private funds only.

Vandiver also mentioned that the tax credit-and-scholarship program appears to have been successfully implemented in Florida, where the program has more than 100,000 participants and public schools seem not to have been detracted from, as they showed more improvement than most public schools around the country despite the new support for other schools.

“There will be a number of challenges in attempts to gain bipartisan support for the bills in both houses of Congress and get a final bill passed, said the National Catholic Educational Association in a fact sheet about Education Freedom Scholarships on its website, ncea.org.

“Coalitions of supporters will need to engage with one another and with parent groups to develop a blueprint for advocacy with their congressional delegates to dispel myths and promote benefits of the program. NCEA will work with others in the private school community to advocate for congressional passage,” it said.

President Donald Trump has said he will sign the bill into law if it reaches his desk.

Share This Post
Catholic Schools, Catholic Education, Marriage and Family, Betsy DeVos
See More
Last Article
Be Unafraid to Share the Journey this Lent
Next Article
So you want to be a disciple?
Back to Vermont Catholic Magazine