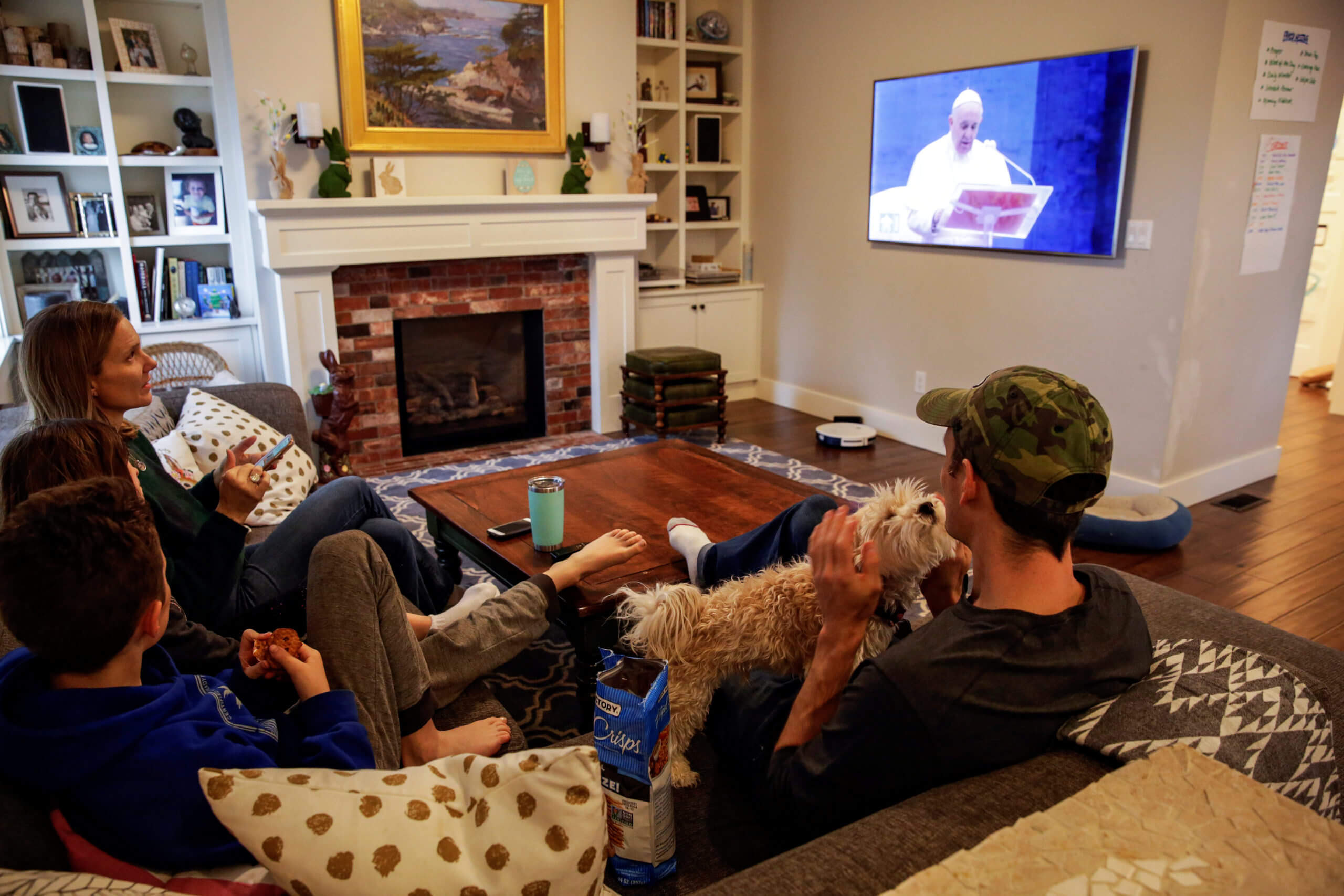 Polls show faith is getting Americans through the coronavirus crisis

Two separate polls show that Americans are relying more on their faith to help persevere through the coronavirus pandemic.

The Pew Research Center, in a survey released April 30, showed that nearly one-fourth of all Americans say their faith has grown stronger during the pandemic, while only 2 percent said it had grown weaker.

A poll by Fordham University released April 28 showed that Americans are being helped by their religious or spiritual faith during the pandemic, and the more often they go to church, the more they feel it has helped.

There may be a touch of irony in the polls’ results as significant percentages of Americans are reporting their faith has helped get them through a tough time yet they are unable to attend worship services. The Fordham poll showed 38percent of Americans are attending less frequently, while 56 percent report no change. Just over a quarter are watching services more online or on television now than before the outbreak.

Regular churchgoers reported the largest attendance drop-off, with 67 percent saying they are attending much less often, 4 percent attending somewhat less often and 19 percent reporting no change. To compensate, 55 percent said they are watching online or televised services more than usual.

Pew’s numbers found that African Americans reported the biggest increase in faith at 41percent, compared to 40 percent for Hispanics and 20 percent for whites. Older Americans likewise found their faith increasing, as nearly 30 percent of all Americans ages 50-up reported increased faith. Women’s numbers were nearly twice as big as men’s, 30 percent compared to 18 percent.

Monika McDermott, Fordham professor of political science, told Catholic News Service that her students in a public opinion and survey research certification program had designed an entirely different poll before the coronavirus started shutting down much of U.S. society. “We met over Zoom and worked remotely” to put together the new survey, she said.

One key finding was in asking who has been guiding respondents personally through the crisis. “Public health officials got the highest rating on that, which is not surprising,” McDermott said. “We also found that state governors were fairly important,” but “not the federal government, and we found that enlightening.”

McDermott added: “We found people are social distancing. We asked about their daily habits. They are avoiding large places so they could be avoiding people who come within six feet.” But one key finding, she noted, was that the “emotional and economic burden is really falling on African Americans from this virus.

She said, we asked them questions such as: Are you still required to go into the workplace, and are you exposed to the virus and do you know people who have died from it? “The numbers are tremendously different if you’re a black American. And those are shocking numbers.”

Claire Gecewicz, a Pew researcher, said, “It’s a real unique moment in time that we’re in right now. The vast majority of people have lived in a pandemic” — so unique that “this is a question we’ve never asked before.”

Noting some of the demographic differences, Gecewicz said, “What we know from prior research, women tend to be more religious than men. You could make the connection that women are more likely than men to say that their faith has gotten stronger, but our research would suggest, in terms of the racial breakdown, blacks are more likely than white and Hispanics to say their faith has gotten stronger.”

African American survey respondents were the only group that didn’t report at least 90 percent of their churches having closed; their figure was 79 percent. The overall church-closing number was 91 percent, including 95 percent of Catholic churches.