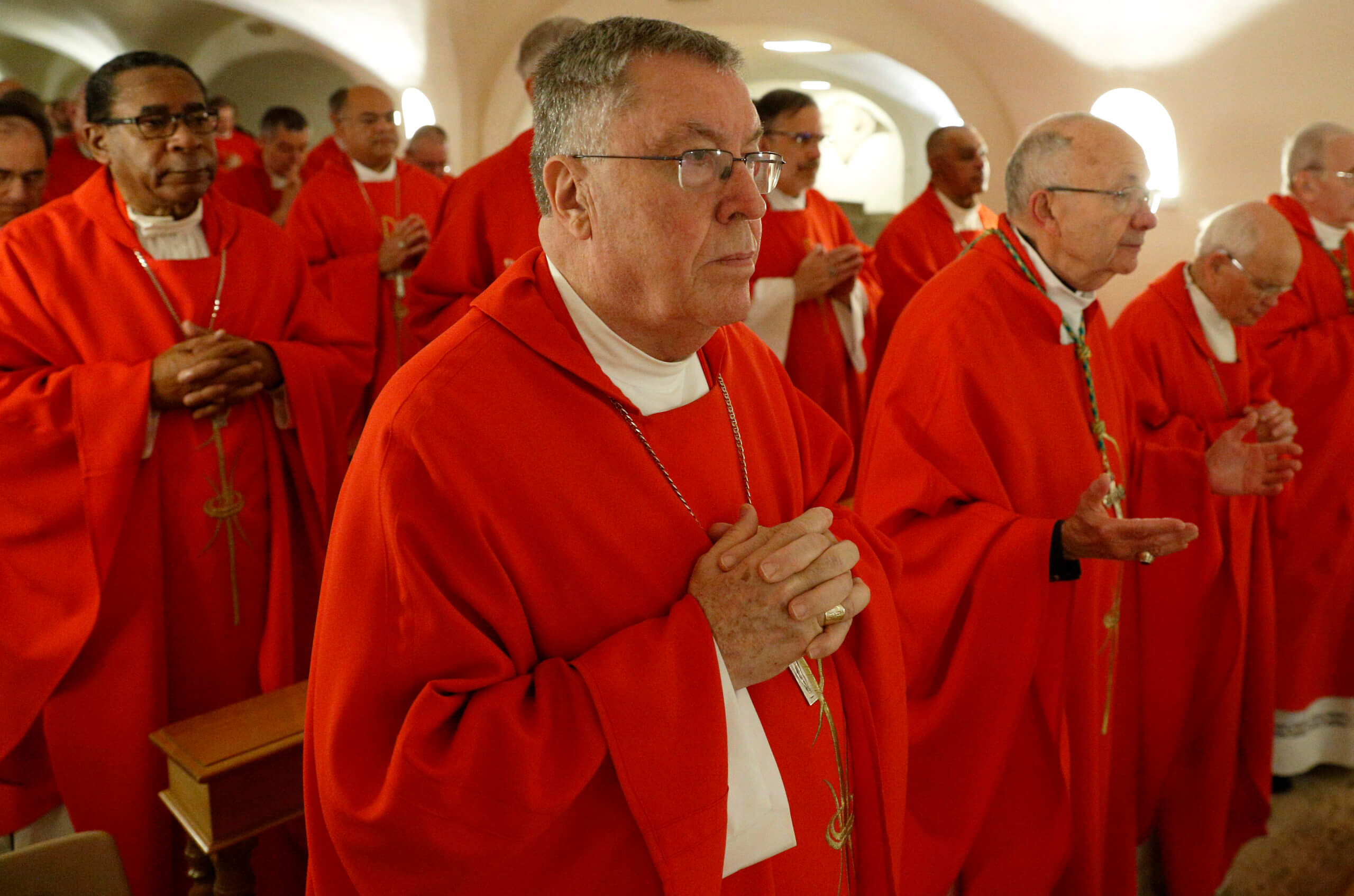 Photo Credit: CNS/Paul Haring - Bishop Robert Baker of Birmingham, Alabama, and other U.S. bishops from the southeast concelebrate Mass in the crypt of St. Peter's Basilica at the Vatican Dec. 5, 2019. Pope Francis accepted his resignation March 25 and has named Bishop Steven Raica of Gaylord, Michigan, his successor.

Pope Francis has accepted the resignation of Bishop Robert Baker, 75, from the pastoral governance of the Diocese of Birmingham and has named Bishop Steven Raica of Gaylord, Michigan, to succeed him.

The appointment was publicized in Washington, D.C., on March 25 by Archbishop Christophe Pierre, apostolic nuncio to the United States.