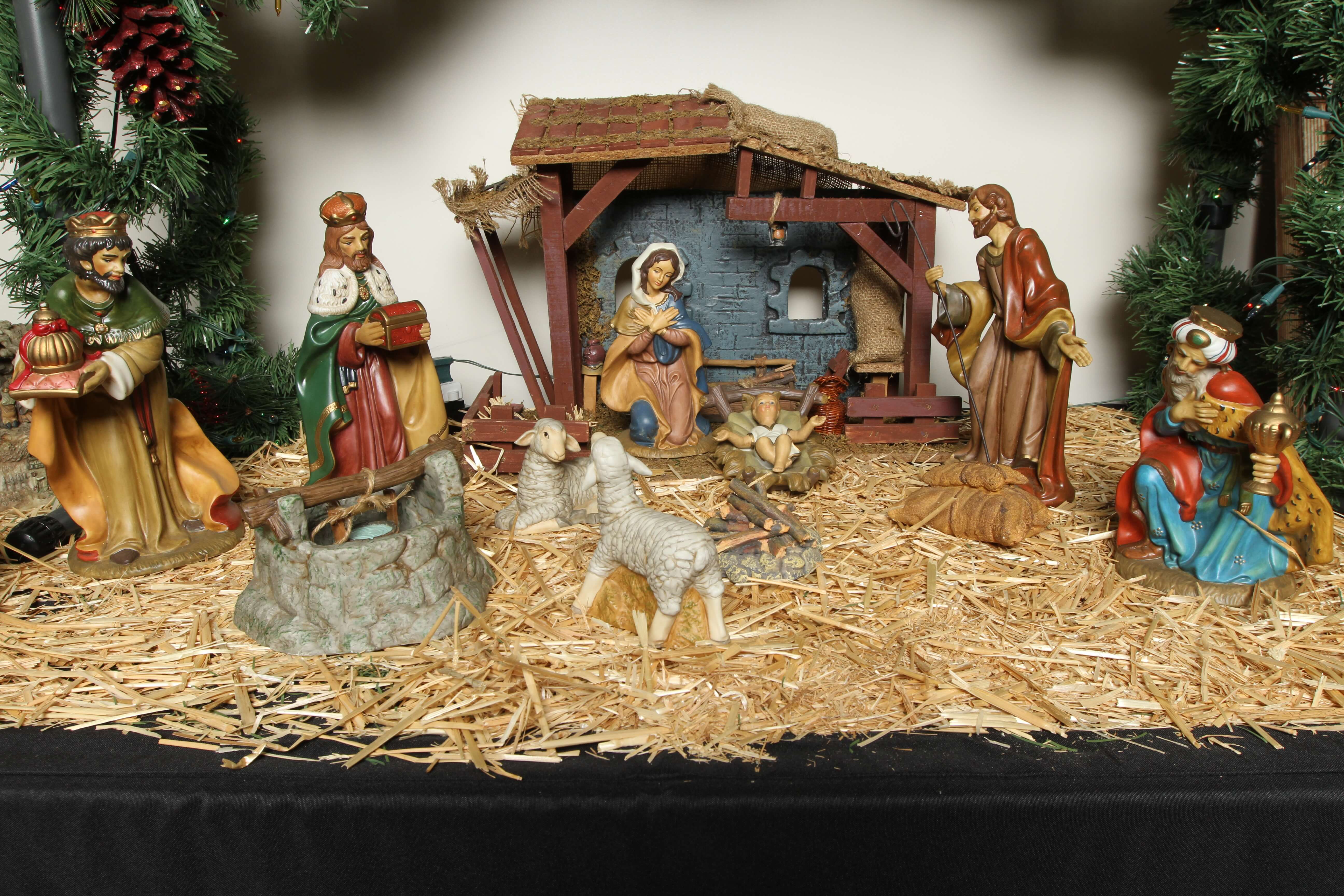 Photo Credit: CNS/Michael Alexander, Georgia Bulletin - This traditional-looking ceramic creche appears in a Christmas exhibit at the Monastery of the Holy Spirit in Conyers, Georgia, and is part of the personal collection of Marcy Borkowski-Glass of St. Pius X Church in Covington. The exhibit, which was to end Christmas Eve, showcased some 500 Nativity scenes own by Glass and a select few creches from the monastery.

Nativity scenes on display at the Monastery of the Holy Spirit in Conyers, Georgia, feature a multitude of colors and sizes, reflect various cultures and are crafted from materials such as ceramics, shells, pewter, paper-mache, alabaster, corn husk and wax, to name a few.

The exhibit showcases a select few creches from the Trappist monastery and some 500 Nativity scenes from the personal collection of Marcy Borkowski-Glass, a Covington resident and St. Pius X Church parishioner.

A volunteer docent at the monastery’s Monastic Museum and Visitor Center, Borkowski-Glass started collecting the Nativities in 1974. Today, her collection numbers more than 500 sets. In recent years, she has kept 200 on display in her home year-round as it became too time-consuming to put them up and then take them down.

When Borkowski-Glass went to countries such as Costa Rica, Colombia, France, Guatemala, Mexico and Poland, she would bring a Nativity back home. She’d travel with her first husband, Mario (Borkowski), who died in June 2003, and then with her second husband, Michael Glass, who died in October.

Borkowski-Glass said both of her late husbands were Christian men who loved the Nativity sets and were thrilled with her idea of collecting unusual ones.

When friends became aware that Borkowski-Glass was a creche collector, they would present her with Nativities. Kenya, Denmark, England and the Philippines are among places she has never traveled to, yet she has received gifts of Nativities from those places.

“It’s the most Nativities I’ve ever seen in one place,” said Pat Strickland after viewing the exhibit Dec. 15.

“What’s neat about the exhibit is how so many different cultures have embraced the iconic representation of the birth of Christ and made it their own.”

Borkowski-Glass had the idea for the exhibit because she wanted to draw people’s attention away from the commercial aspect of the season and have them concentrate on the gifts of Jesus.

Trappist Brother Callistus Crichlow, who handles public relations and planning for the monastery, is appreciative to Borkowski-Glass for sharing her collection with the public. He also expressed his thanks to the volunteers who helped unbox the creches, and in particular, to Ana Cecilia Tapia and Auvronette Guilbeaux for the staging and placement of each creche in the exhibit.

“Their passion and love, and the countless hours they put into the exhibit’s floor design, warmed my heart,” Brother Callistus told The Georgia Bulletin, newspaper of the Archdiocese of Atlanta.