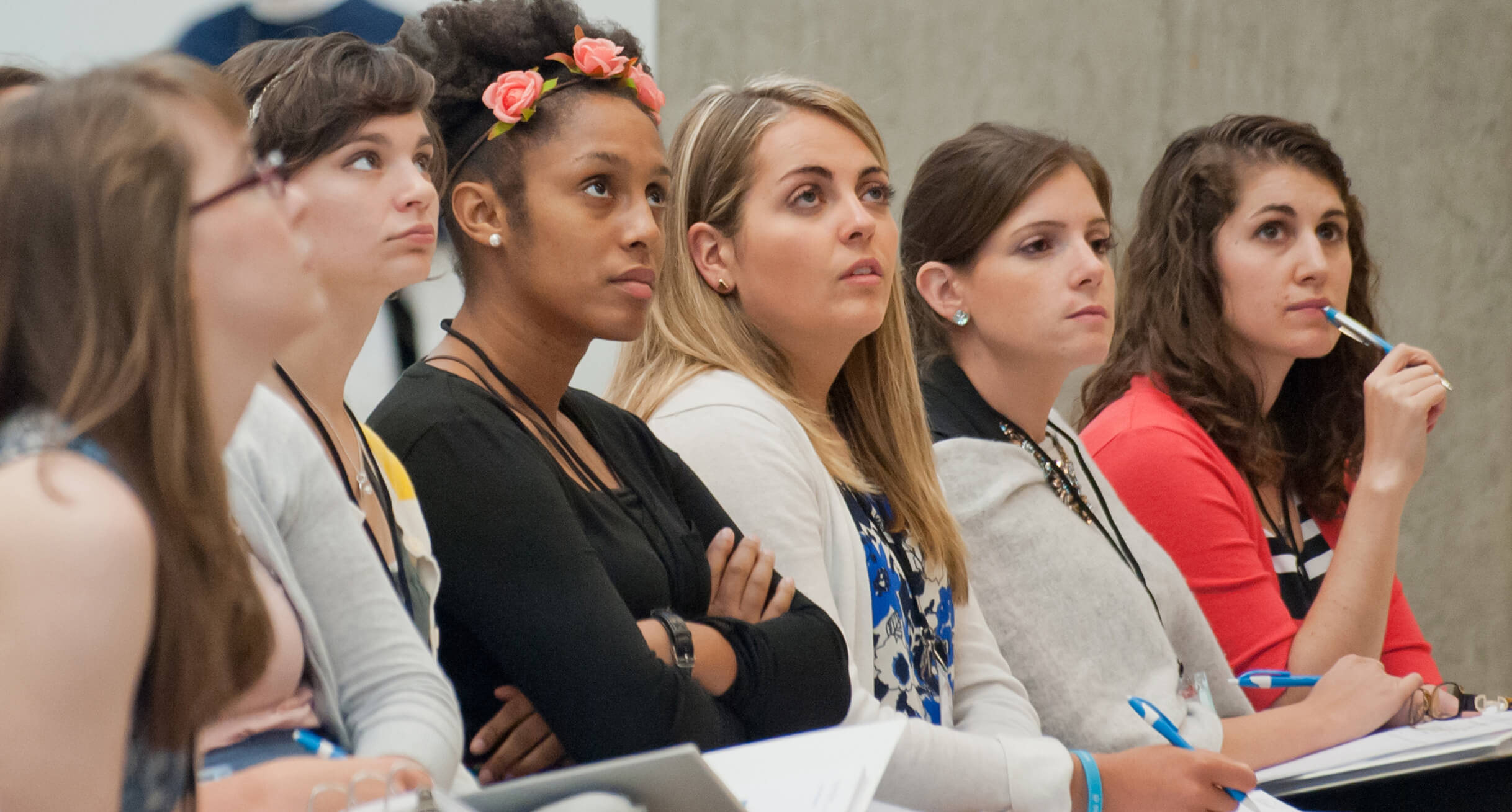 A Catholic women’s leadership organization, the GIVEN Institute, which aims to encourage and train young women in leadership roles in the Church and society, officially launched Sept. 12.

“There are plenty of leadership programs in the private sector; there is no reason we can’t do it with a faith component,” the organization’s founder, Elise Italiano, said Sept. 11.

Italiano, who also writes for the Catholic News Service column “In Light of Faith,” noted that there also are plenty of innovative programs in the Church but leadership development for women is especially needed, particularly in the current moment in the Church.

The organization is not a new idea but something that grew out of a 2016 leadership conference sponsored by the Council of Major Superiors of Women Religious called the GIVEN Catholic Young Women’s Leadership Forum.

That program brought together 300 young women for a weeklong conference at The Catholic University of America in Washington and featured U.S. Catholic women leaders including Carolyn Woo, former president and CEO of Catholic Relief Services; Sister Norma Pimentel, a member of the Missionaries of Jesus, who is executive director of Catholic Charities of the Rio Grande Valley in Texas; Helen Alvare, professor of law at the Antonin Scalia Law School at George Mason University; and Mother Agnes Mary Donovan, superior general of the Sisters of Life.

Mother Agnes Mary said in a statement that the initial event was “conceived in the hearts of women religious and remains a significant response on the part of the Church to encourage, inspire and mentor young women at a crucial moment in their lives. We want each of them to know they are loved, noticed and necessary.”

And that’s just what the new initiative aims to continue.

It plans to sponsor a national conference every two to three years modeled after the 2016 gathering and offer a track-based leadership program and individual mentoring programs matching young women with established Catholic women professionals from a variety of fields and ministries.

Michelle Nunez, a 24-year-old from Houston who attended the 2016 forum, said it changed her life, setting her on the path of her current work. She’s an administrative assistant to Sister Norma, a speaker who inspired her at that event.

The forum’s participants were encouraged to develop action plans for how they would specifically follow their vocational calling and Nunez, for her part, put her plan into action almost immediately. She volunteered at the Humanitarian Respite Center in McAllen, Texas, run by Catholic Charities of the Rio Grande Valley. Nunez mainly worked with the agency’s executive director.

After volunteering for four months, Nunez took a break to get her master’s degree in social work at Catholic University last year and then returned to the respite center and Catholic Charities, a place she doesn’t see herself leaving anytime soon.

“This place stole my heart, ” she told CNS, adding that she “never experienced the Gospel in such a real way” than she has there.

Nunez credits the 2016 forum for not only getting her on this path but helping her understand and develop her vocation as a laywoman.

She said she is excited about the GIVEN Institute because she thinks it can help so many Catholic women “to rediscover our identity” and “understand we have unique gifts and talents to offer the church.”

She likes the mentoring aspect of the new organization because in her own experience, although Sister Norma wasn’t her “official mentor,” she said she learned so much from her.

“She showed me what holiness is about and showed me how to give of myself,” Nunez said, adding that Sister Norma’s leadership, courage, perseverance and trust in God has been “an inspiring motivation that has kept me going to keep pursuing and keep being present to God’s will in my life.”

Although each person’s experience will be different, Nunez’s seems to highlight what the new organization hopes to accomplish.

As Italiano said in a statement announcing the group’s formation: “We want to help young women with a heart for mission and an aptitude for leadership to better understand their gifts and find opportunities to put them in the service of the Gospel.”