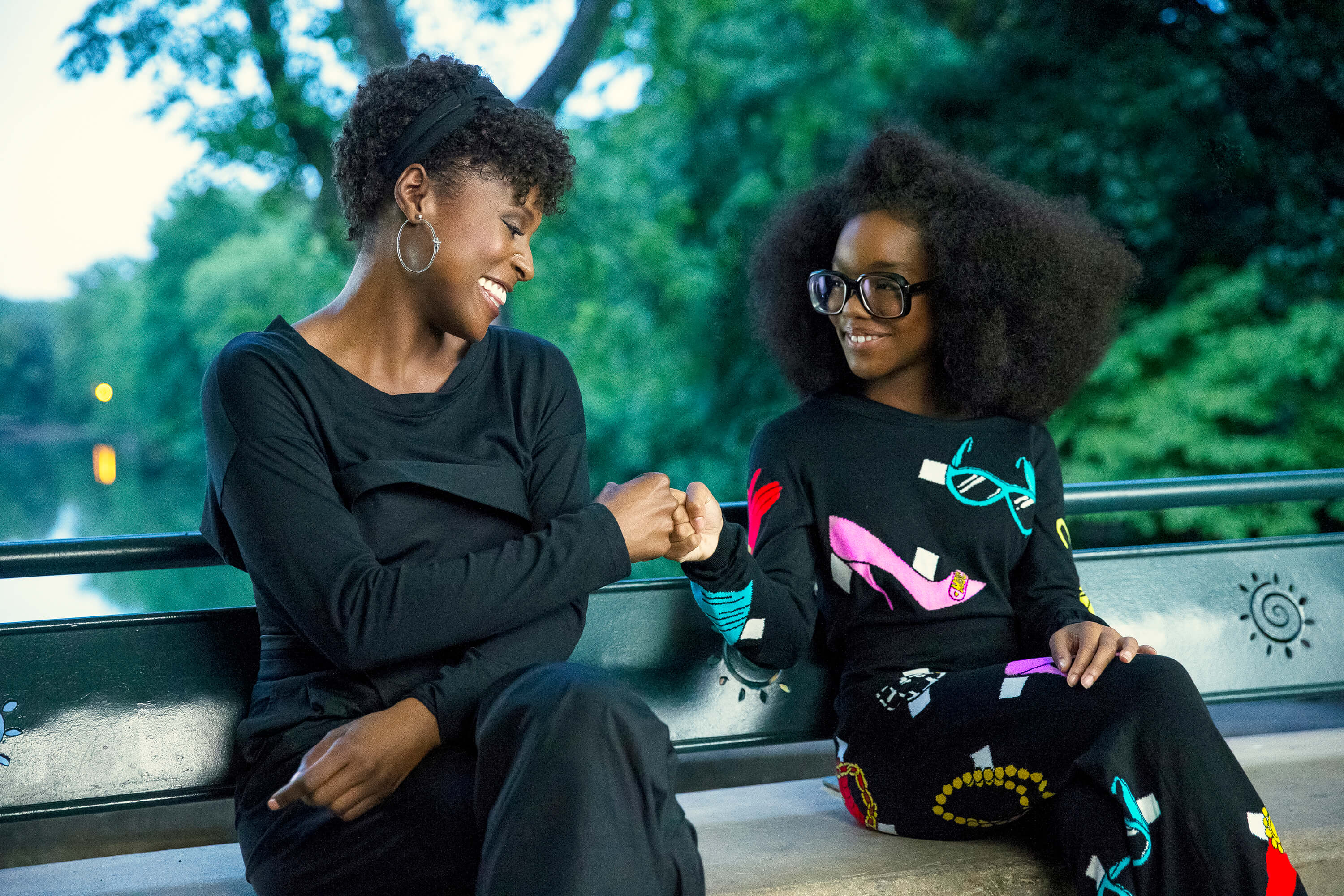 Photo Credit: CNS/Universal - Issa Rae and Marsai Martin star in a scene from the movie "Little." The Catholic News Service classification is A-III — adults. The Motion Picture Association of America rating is PG-13 — parents strongly cautioned. Some material may be inappropriate for children under 13.

“Ain’t nobody got time for reality,” says Jordan Sanders (Regina Hall), the successful but outrageously rude Atlanta businesswoman at the center of the comic fantasy “Little” (Universal).

To judge by their screenplay, that would include director and co-writer Tina Gordon and her script collaborator, Tracy Oliver.

Wholly unconnected to anything in the offscreen world, their film nonetheless starts off well, producing laughs as rampaging Jordan rips all around her to shreds. But much of the later humor is vulgar. Even many grown-ups may wish to avoid this uneven mix of effective and distasteful gags.

Jordan gets her comeuppance and learns to be more considerate after Stevie (Marley Taylor), a little girl she’s insulted, casts a spell that turns her back into a 13-year-old middle schooler (Marsai Martin). As early scenes have shown us, it was at just this age, the first time round, that Jordan learned to defend herself emotionally by being mean to those around her before they could be nasty to her.

The only person in on Jordan’s secret is her much-put-upon personal assistant, April (Issa Rae). This turns the tables in their relationship since Jordan is now a powerless child and must rely on April to serves as both her representative at the office and her supposed guardian at home.

Amid predictable routines about preteen Jordan’s desire to drink cocktails, drive her flashy sports car and the like, things reach a low ebb in a sequence turning on her very age-inappropriate effort to flirt with her handsome teacher, Mr. Marshall (Justin Hartley).

Similarly, adult Jordan’s sleep-in boyfriend, Trevor (Luke James) — with whom she won’t even cohabit for fear of commitment — shows up at her apartment and begins a striptease, only to find he’s doing it in front of a kid. Though he stops immediately, of course, the moment is more uncomfortable than funny.

Along with the sympathetic backstory about how Jordan turned into such a monster, there are notes about remaining true to your inner self and taking risks to achieve your goals. These come primarily through a subplot about student Jordan’s interaction with a trio of kindly outcasts who invite her to sit at their table after everyone else in the lunchroom has turned her away.

Her new friends, Isaac (JD McCrary), Raina (Thalia Tran) and Devon (Tucker Meek), are anxious to shine in a forthcoming talent show. But Jordan, not yet having learned all the lessons she needs to, discourages them, pointing out the danger of making fools of themselves.

A dicey rather than raunchy take on the age-old body swap theme, “Little” goes astray — and starts to run out of steam — just as the switcheroo itself occurs. Viewers who don’t care to see a child mixed up in some unsuitable antics will want to look elsewhere for entertainment.

The film contains a premarital relationship, much sexual humor, drug use, a couple of mild oaths and occasional crude and crass language. The Catholic News Service classification is A-III — adults. The Motion Picture Association of America rating is PG-13 — parents strongly cautioned. Some material may be inappropriate for children under 13.