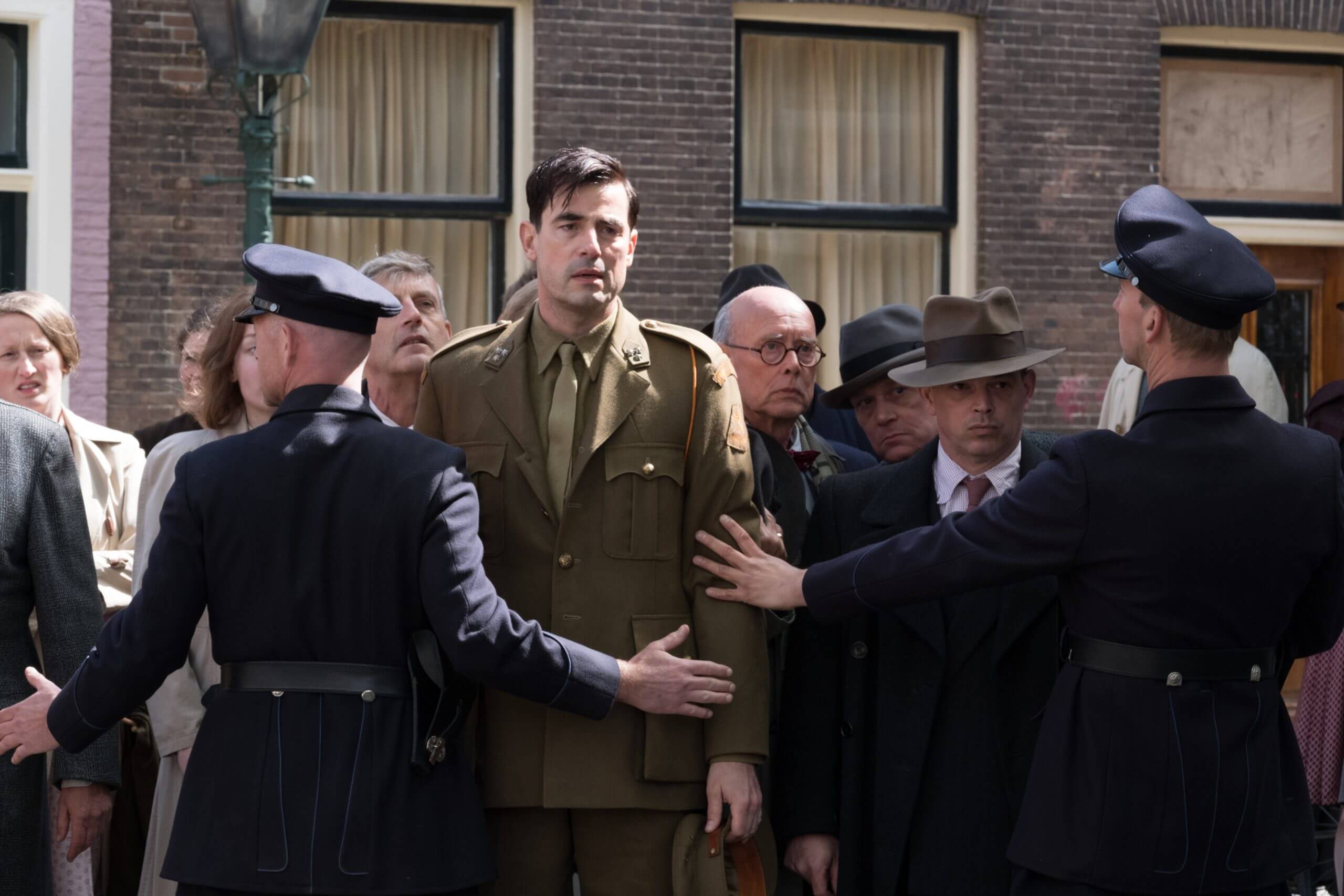 The 2006 documentary “The Rape of Europa” and the dramatization “The Monuments Men” (2014) took a broad view of the subject, while the 2015 feature “Woman in Gold” focused on a quartet of paintings.

Now director Dan Friedkin offers viewers the polished fact-based drama “The Last Vermeer” (TriStar). A satisfying exploration of creativity, the ambiguous business of assessing artistic worth and the drive for justice in the face of public opinion, his film is acceptable for most grown-ups and features outstanding performances from its two leads, Guy Pearce and Claes Bang.

Pearce plays flamboyant Dutch artist Han van Meegeren. Following the defeat of Germany in World War II, van Meegeren is accused of making a staggering profit from the sale of a rare masterwork by 17th-century painter Johannes Vermeer to number two Nazi Hermann Goering. (Only about 34 of Vermeer’s paintings are known to have survived.)

Assigned to investigate the case on behalf of the Allies, Jewish resistance veteran Lt. Joseph Piller (Bang) is initially exasperated by van Meegeren’s evasive answers and delaying tactics. Yet, as he pursues the inquiry, aided by his assistant, art historian Minna Holmberg (Vicky Krieps), and by his comrade from the underground Espen Dekker (Roland Moller), Piller eventually discovers that all is not as it appears.

While understated, smoldering Piller and elegant will-o’-the-wisp van Meegeren confront each other, Piller faces a family crisis at home. Alienated from his wife, he’s tempted to find comfort in an affair with Minna.

The post-combat violence in Friedkin’s adaptation of Jonathan Lopez’s 2008 book “The Man Who Made Vermeers” is brief and discreetly handled. But Piller’s potential dalliance is just one of the several elements that mark it as unsuitable for youngsters. References to van Meegeren’s decadent lifestyle and to the measures Piller’s spouse had to take to infiltrate the Occupation are among the others.

Religion is only dealt with fleetingly in the dialogue, which at moments connects art vaguely to the divine. More concretely, however, we see Piller retrieving a box full of Judaica from storage, dusting it off and placing Sabbath candles on his dining room table with the help of his young son. Piller clearly welcomes the opportunity to practice his faith openly again now that the Nazis are gone.

Though it plays intelligently with moral twists and turns, “The Last Vermeer” has a reliable ethical compass in Piller. Following him as he gradually uncovers the various levels of truth James McGee, Mark Fergus and Hawk Ostby’s script craftily reveals is a pleasure.

The film contains a gory execution, a brief, nongraphic scene of aberrant behavior, adulterous sensuality, partial nudity, mature references, a couple of profanities, a milder oath and a few of uses each of rough and crude language. The Catholic News Service classification is A-III — adults. The Motion Picture Association rating is R — restricted. Under 17 requires accompanying parent or adult guardian.