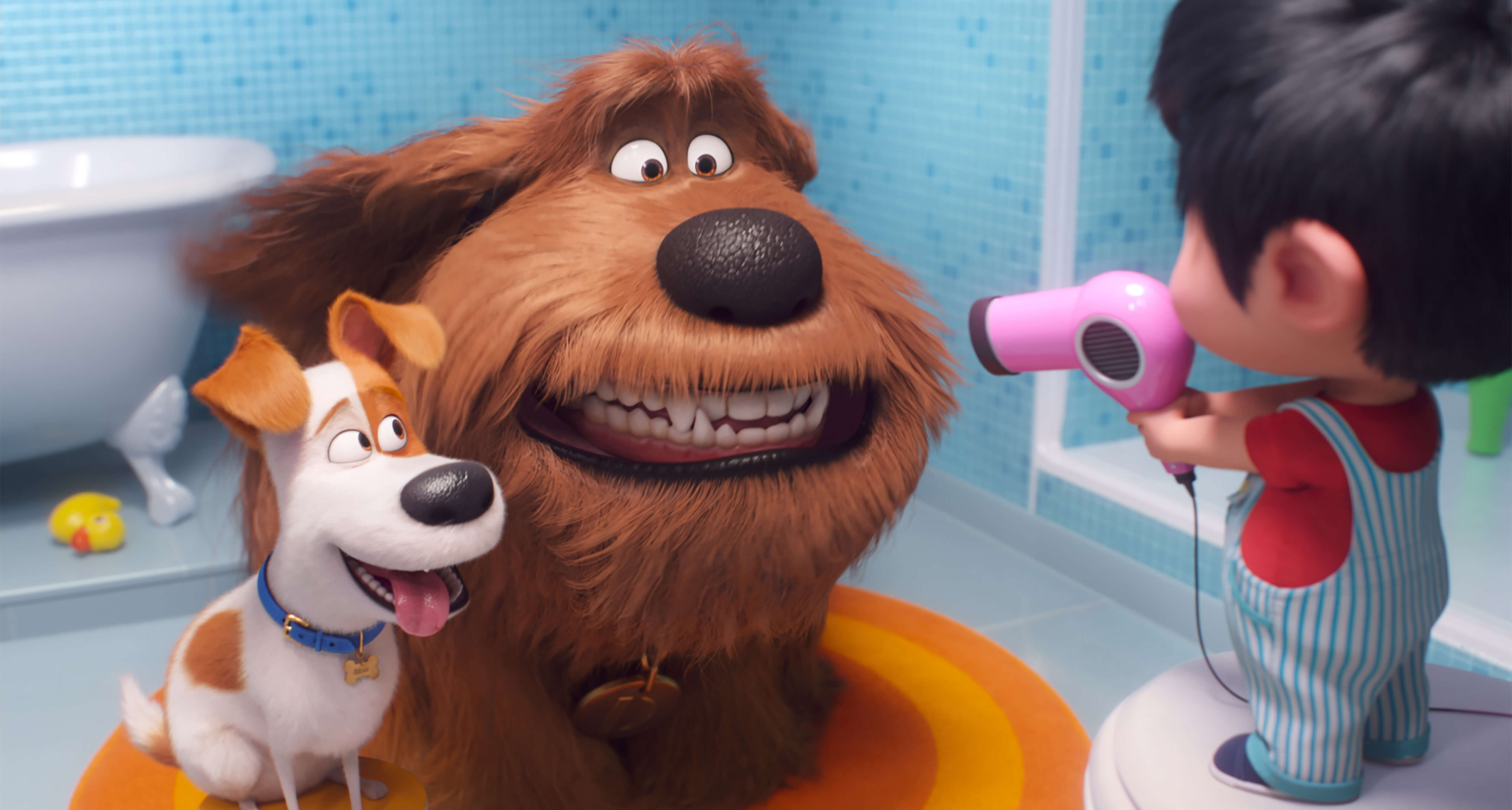 Photo Credit: CNS/Universal - Max, voiced by Patton Oswalt, Duke, voiced by Eric Stonestreet, and Liam, voiced by Henry Lynch, appear in the animated movie "The Secret Life of Pets 2." The Catholic News Service classification is A-II — adults and adolescents. The Motion Picture Association of America rating is PG — parental guidance suggested. Some material may not be suitable for children.

Lessons about overcoming fear and helping those in need are featured in “The Secret Life of Pets 2” (Universal).

Given that they come amid generally amusing antics that unfold at a lively pace, returning director Chris Renaud’s follow-up to his 2016 original rates as an entertaining cartoon suitable for all but the youngest kids.

The most prominent of the three plot strands continues the story of affectionate terrier Max (voice of Patton Oswalt). Having acquired a sidekick in the person of shaggy mutt Duke (voice of Eric Stonestreet), a rescue pet he originally resented but with whom he eventually bonded in the kickoff, Max now gains a new friend when his beloved owner has a baby son, Liam.

By the time Liam is ready for preschool, Max has developed anxiety issues in his drive to keep the boy safe. When the family decamps to a relative’s farm for a vacation, bringing Max and Duke with them, the unfamiliar rural surroundings only make New York City native Max more fretful.

However, the courageous example set for him by Roster (voice of Harrison Ford), the alpha canine who presides over the ranch and whom the newcomers soon befriend, will prove transformative for Max.

Back home in Gotham, Gidget (voice of Jenny Slate), the cheerful Pomeranian who has set her cap for Max, loses the favorite toy he entrusted to her keeping when he left for the country and must brave an apartment full of fearsome felines to retrieve it. Eccentric bunny Snowball (voice of Kevin Hart) and good-hearted Shih Tzu Daisy (voice of Tiffany Haddish), meanwhile, plot to free a gentle tiger from its captivity in an abusive circus.

Taking on his first role in an animated film, Ford steals the show with his drolly unflappable macho cowboy of a dog. And the toning down of the potty humor in Brian Lynch’s script, as co-directed by Jonathan Del Val, is another plus.

Like its predecessor, however, this sequel includes situations of mayhem and danger that could frighten little ones. Older children and their parents, by contrast, will find it a congenial adventure.

The film contains cruelty to animals, much cartoonish violence, scenes of peril, a few scatological jokes and a couple of crass terms. The Catholic News Service classification is A-II — adults and adolescents. The Motion Picture Association of America rating is PG — parental guidance suggested. Some material may not be suitable for children.