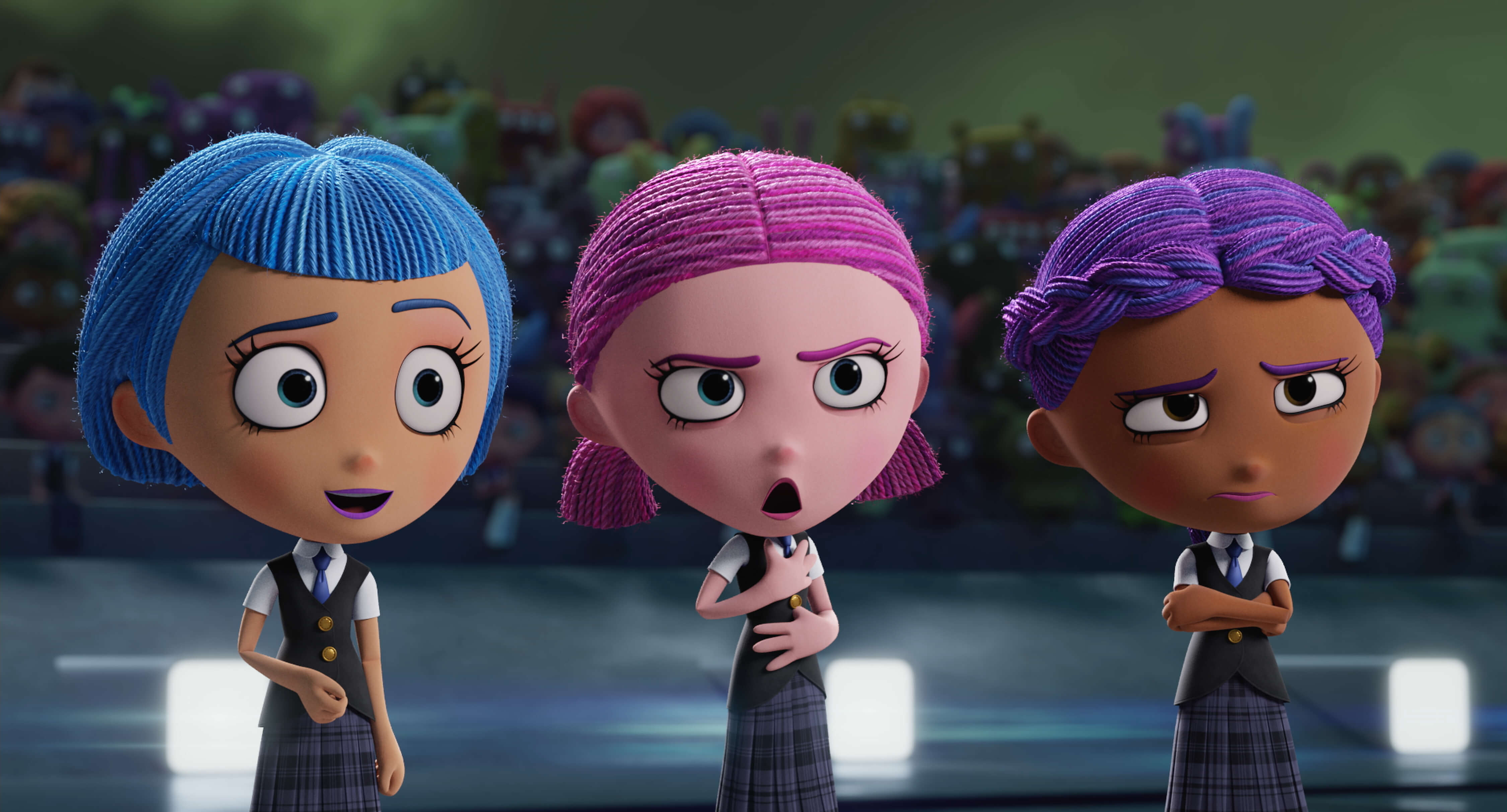 “UglyDolls” (STX) call to mind that age-old saying, “Beauty is in the eye of the beholder.” They’re based on a line of plush toys that are deliberately designed not to be among the fairest of them all. Lumpy and misshapen, missing eyes and teeth, UglyDolls teach children to look beyond the superficial for inner loveliness and true goodness.

That worthy lesson pervades this spirited animated musical, billed as “a classic ‘under-doll’ story,” an empowerment fable where ugly ducklings face off against vain Barbies.

UglyDolls reside in — where else? — Uglyville, where life is one big party, a celebration of their dysfunction and differences run by the cheery mayor, Ox (voice of Blake Shelton). Free-spirited Moxy (voice of Kelly Clarkson) heads the welcome committee when a new arrival drops from the sky after being rejected by the toy factory above.

Beneath her sunny exterior, Moxy longs for what every toy desires: to be loved by a child in the “real world” beyond Uglyville. One day she persuades her gaggle of friends, including Uglydog (voice of Pitbull) and Wage (voice of Wanda Sykes), to climb the mountain behind Uglyville and see what’s on the other side.

There they encounter the place called Perfection (of course), a waystation where flaw-free toys are trained to be received and cherished by children.

Perfection’s leader is Lou (voice of Nick Jonas), a preppy hipster who heaps disdain on the new arrivals. Undeterred, Moxy insists that she and her crew be given the chance to prove themselves worthy of acceptance, warts and all.

“We are not rejects,” Moxy proclaims. “Our flaws are what make us who we are.”

The film contains brief cartoon peril. The Catholic News Service classification is A-I — general patronage. The Motion Picture Association of America rating is PG — parental guidance suggested. Some material may not be suitable for children.

In the month of May, the Church celebrates two more of Jesus' Apostles — Philip and James. While we [...]