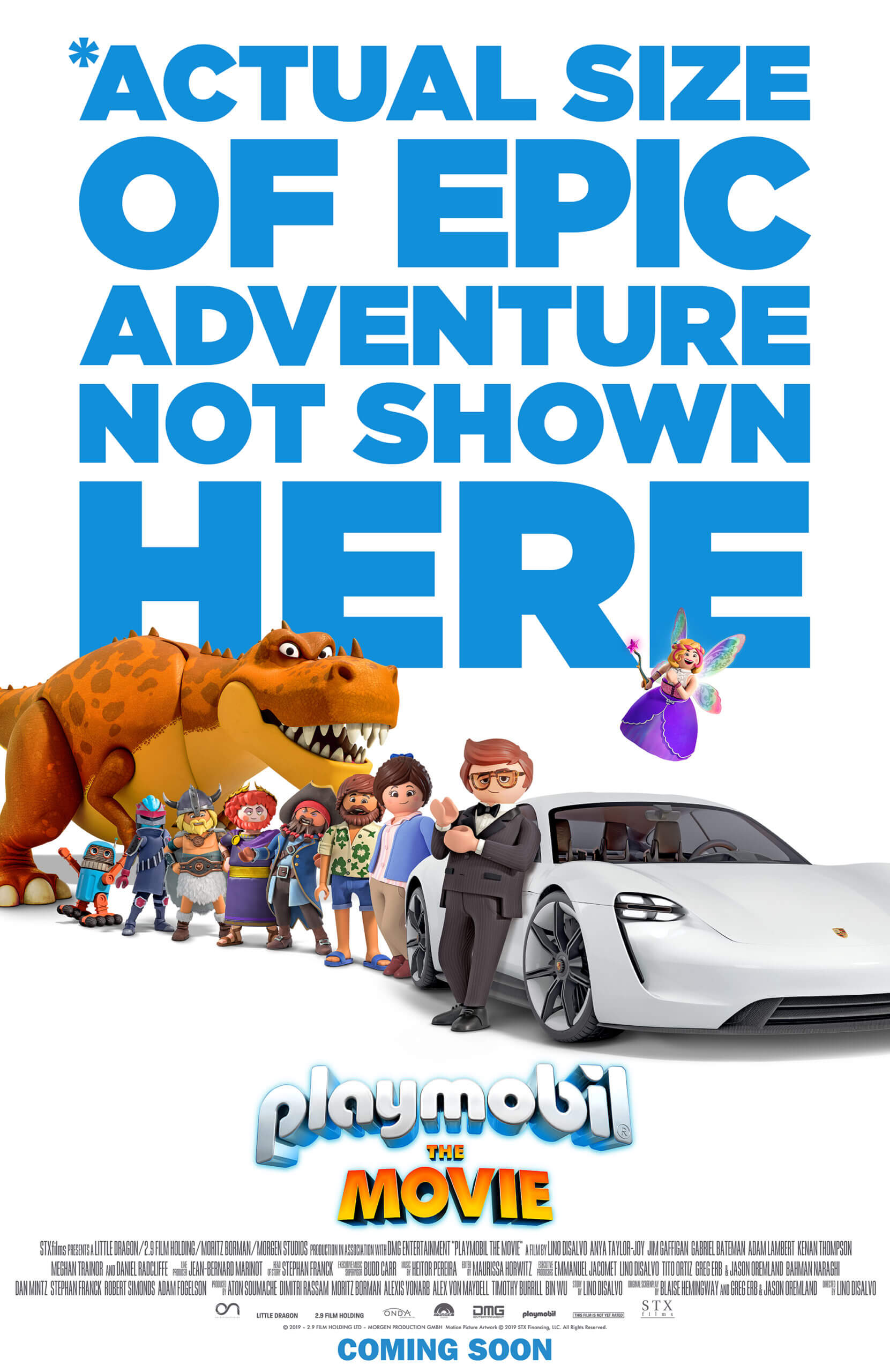 Photo Credit: CNS/STXfilms - This is a poster from "Playmobil: The Movie."

What middling community theater is to Broadway, “Playmobil: The Movie” (STX) is to the Lego film franchise. While the lines of toys on which they’re based may be similar, the quality of their big-screen outings diverges widely.

Mostly animated, but bracketed by live-action sequences, director Lino DiSalvo’s meandering musical adventure is too frightening for tots, and it strays momentarily into some questionable dialogue. Still, themes of teamwork, friendship, family bonds and forgiveness go some way toward compensating for its obvious aesthetic shortcomings.

Four years after their parents were killed in a car accident, formerly free-spirited teen Marla (Anya Taylor-Joy) and her fun-loving younger brother, Charlie (Gabriel Bateman), are at odds because of her overprotectiveness. But after the siblings are magically transported to what we might call the Playmobil Universe, and Charlie is kidnapped, Marla embarks on a quest to rescue him.

The backstory to Charlie’s abduction is slightly complicated. While Marla has emerged in their new environment as a stiff plastic version of herself, Charlie has been transformed into his favorite Playmobil figurine, a mighty Viking warrior.

Charlie’s newfound superabundant strength, however, makes him a target for the minions of Maximus (voice of Adam Lambert), the loony Emperor of Constatinopolis. Maximus likes to collect the most fearsome fighters he can locate and pit them against beasts in his version of the Coliseum.

While Marla is in the dark about all these details, she’s resolute in her determination to free Charlie. She finds an unlikely ally in the form of Del (voiced by Catholic comedian and actor Jim Gaffigan), a laid-back food truck driver. She’s also aided by Rex Dasher (voice of Daniel Radcliffe), a James Bond-like spy.

Beyond the demise of Marla and Charlie’s mom and dad, which, though discreetly handled, would be traumatizing for small fry, Charlie’s rebelliousness is expressed in a slightly age-inappropriate outburst, while Bloodbones (voice of Kenan Thompson), a pirate character and fellow captive of Charlie’s, makes a pun on the word “booty.” Pretty mild stuff, but not for the littlest moviegoers.

The film contains considerable peril, stylized combat violence and two vaguely crass terms. The Catholic News Service classification is A-II — adults and adolescents. The Motion Picture Association of America rating is PG — parental guidance suggested. Some material may not be suitable for children.

Share This Post
Catholic Schools, movies, Marriage and Family, movie reviews, 'Playmobil: The Movie'
See More
Last Article
Little Free Library at St. Francis Xavier School
Next Article
Our Lady of Guadalupe is ‘mother of us all’
Back to Vermont Catholic Magazine