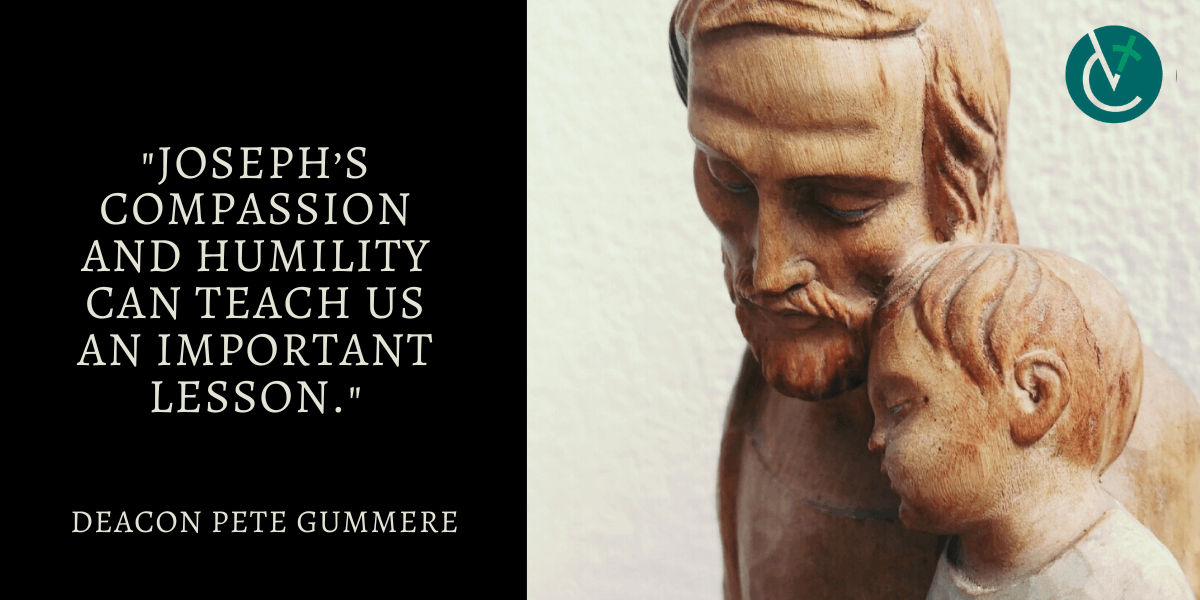 A relatively modern development within the Church, the Feast of St. Joseph the Worker (May 1) was instituted by Pope Pius XII in 1955. The intent of the feast was to provide a suitable counterpoint to the May Day celebration in the communist world. The feast affirms the dignity of the individual worker and the dignity of work itself.

It is important to understand that justice for the worker was something of a radical concept when Pope Leo XIII wrote his encyclical “Rerum Novarum” in 1891. It is worthwhile to reflect on the fact that in the late 1800s the Industrial Revolution was in full swing, and in most countries at that time exploitation of workers was very much the norm. Unsafe and unhealthy working condition were rampant.

Yet, the spirit of the encyclical comports precisely with not only the teachings of Jesus but also the thinking of many of the prophets and the wisdom literature. Pope Leo’s insight remains quite relevant today.

As we approach the Feast of St. Joseph the Worker, it is timely to reflect on him and the special role he played in the life of Jesus. While none of St. Joseph’s words are recorded in the Gospels, some of his thoughts and actions are. In addition, we know from scripture that Joseph was “a just man.”

For example, when he learned that Mary was pregnant, he had no malice toward her, but he had compassion for her. Joseph, aware of the Mosaic Law, had decided to divorce her quietly and not subject her to the law. “Subjecting her to the law” meant having her stoned for adultery. Joseph first acted with mercy. Then the angel of the Lord explained things to him; he understood and brought Mary into his home.

When told by the angel to take Mary and Jesus into Egypt, he arose, packed up and left with Mary and Jesus. He did not question the instructions from the angel.

I am struck by the piety and obedience to the will of God demonstrated by Joseph, but also by his humility, compassion and love. He undertook financial responsibility for Mary and Jesus as well as the protection and care of them. Joseph worked hard as a carpenter for many years to provide that care.

The very virtues Joseph so eloquently demonstrated are virtues frequently disdained in our culture. Hence, Joseph serves as a vital model for us in contemporary society.

In a world where pride (“me and my rights”) drives needless conflict, both within the domestic body politic and with foreign governments, Joseph’s compassion and humility can teach us an important lesson about taking a step back and reaching for a just and peaceful solution.

Far too often we lack empathy for the refugee fleeing persecution; we need look no further than the Holy Family to understand what a refugee is. Whether at the southern U.S. border or in some faraway locale, the Holy Family experienced a similar fear of persecution.

The growing religious indifference, agnosticism and atheism in our society needs to be opposed by those inspired by the virtues Joseph lived, even in the face of overt evil.

We even have a remarkable model of chastity in the person of St. Joseph since he continued to respect Mary’s vow of perpetual virginity. Hence, St. Joseph is a superb model for men today — for all of us.

He challenges us to act with mercy and compassion toward others; with humility, piety and obedience to God’s will. By his actions, he invites us to identify with the least of Christ’s brothers and sisters.

—Deacon Pete Gummere is diaconate director and a bioethicist; he serves at Corpus Christi Parish in the St. Johnsbury area.