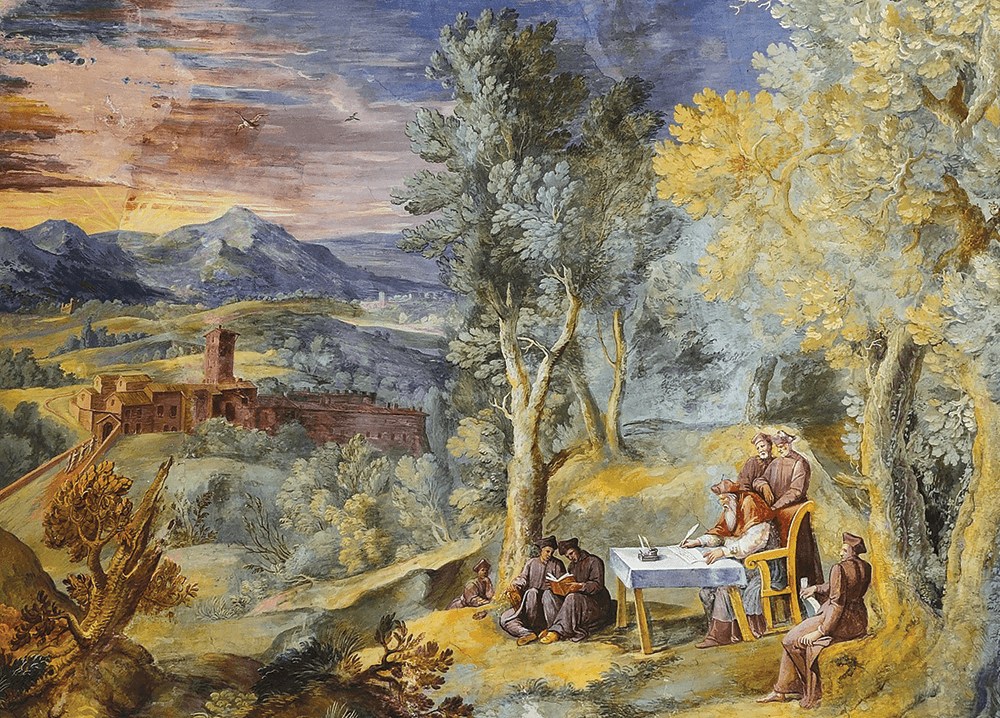 William Wordsworth once said in his poem “My Heart Leaps Up” that “The child is the father of the man.”

Today, we are very aware of how much early life experiences can influence the behaviors and attitudes of people once they reach adulthood.  For those who have suffered neglect and abuse, finding a positive path can be particularly challenging.

However, many use what has happened to them as a catalyst for doing much good in the world, and St. Peter Damian, who was born in the year 1007 AD, was one of those people.

From a life of poverty and ill-treatment, he rose to become a leader, reformer and eventually a Doctor of the Church.

Peter – he would take the name Damian later – was the youngest child of a large and impoverished Italian family.  When he was orphaned at a young age, he was given over to the care of an older brother who mistreated him severely, under-feeding him and forcing him to work as a swineherd on his farm.

There Peter might have remained had not another brother, this one a priest in Ravenna, taken him in and cared for him properly.  So grateful was Peter for the nurturing he received that he took his brother’s name – Damian – as part of his own.

Peter was subsequently well educated and eventually became a professor.  Even at a young age, Peter showed a propensity for piety and austerity, so it is not surprising that, in 1035, he made the decision to retire from what he saw as the “scandals and distractions” of university life and give himself completely to a life of prayer in a hermitage with the Benedictines.

His zeal, at first, was a little too great — he attempted to pray all the time rather than sleep — and his health suffered to the point where he was forced to spend time in recovery, time that he used to study Scripture.  He soon became a teacher to other monks as well as to the faithful at large.

Peter went on to found five other Benedictine hermitages, and he encouraged his brother monks in a life of prayer, solitude and spiritual discipline.  In 1057, he reluctantly accepted the office of cardinal bishop of Ostia and used his position to continue his reforms, especially of the clergy.  He wrote prolifically about abuses he saw and how they should be corrected.  Of his many letters, 170 are still extant.

In his wisdom, however, he was also capable of moderation when it was called for, and he had a particular love of the poor.  It was not unusual for him to invite them to eat with him or minister personally to their needs.

Peter repeatedly asked to be allowed to retire as cardinal bishop of Ostia, and the pope finally consented.  Happy once again to be a simple monk, Peter succumbed to a fever in 1072.  Declared a Doctor of the Church in 1828, his feast is celebrated Feb. 21.

“Catholic Church History from A to Z.”  By Alan Schreck.  Michigan:  Servant Publications, 2002.