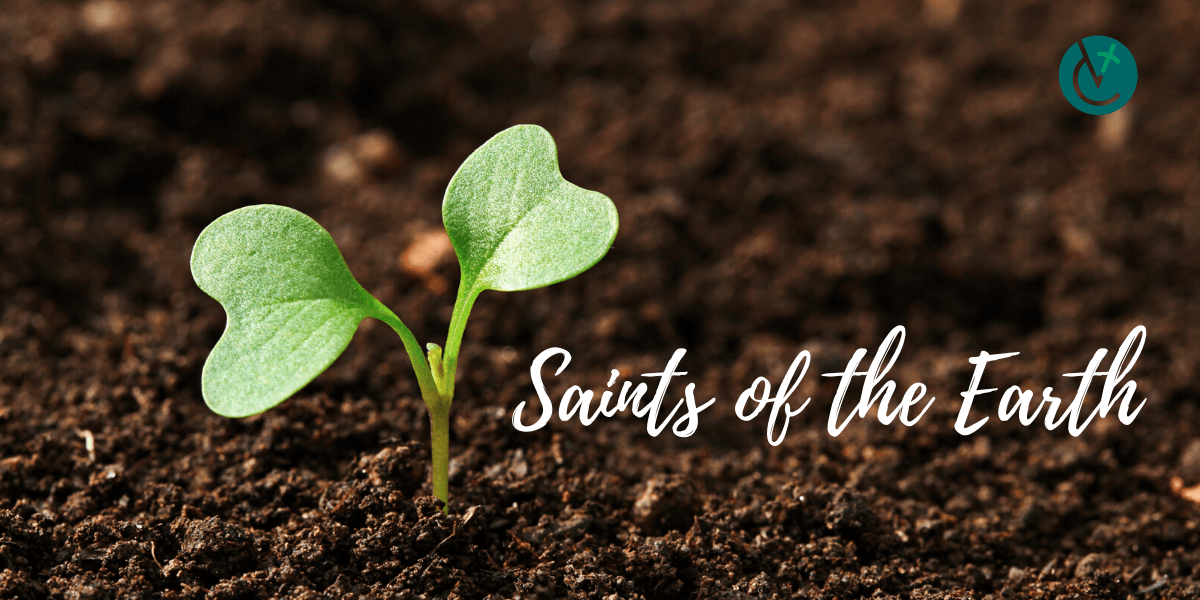 Saints of the Earth

In honor of the fifth anniversary of Pope Francis’ second encyclical, “Laudato Si’: On Care for Our Common Home,” and in honor of the Diocese of Burlington’s current Year with the Saints, Vermont Catholic magazine is featuring some of the saints that have a connection to the environment.

St. Kateri was raised in the Iroquois nation that managed the fields, forests and wildlife of their homeland. She has been referred to as a “child of nature” who often went into the woods to make crosses out of sticks and to talk to God. At age 19, Kateri converted to Catholicism, taking a vow of chastity and refusing to marry. Her name, Kateri, is the Mohawk form of Catherine, which she took in honor of St. Catherine of Siena. Kateri is the first Native American to be recognized as a saint by the Catholic Church and is the patron of the environment and ecology.

Giovanni Battista Montini was born near Brescia in northern Italy and elected pope in 1963. In his forceful 1971 apostolic letter, “Octogesima Adveniens,” he said the exploitation of the environment is a human social problem. He labeled environmental degradation as one of the most pressing problems facing humanity, at least partly linking care for the environment to spiritual health. “Man is suddenly becoming aware that by an ill-considered exploitation of nature he risks destroying it and becoming in his turn the victim of this degradation,” he wrote. The letter is one of the first magisterial documents to mention explicitly the topic of the preservation of the environment. Emphasizing the ecclesial doctrine to which the goods of the Earth are dedicated to all people, the pope criticized the modern practices of exploiting nature.

St. Gertrude refused to marry and would only take Christ as her bridegroom. A Benedictine abbess and patron of gardeners, St. Gertrude was known for her charity, fasting and prayer. She was known for her hospitality to pilgrims and her assistance to missionary monks from Ireland. Because of her attention to the care of her gardens, gardeners have asked for her intercession. Some say that fine weather on her feast day, March 17, means it is time to begin spring planting.

St. Hildegard of Bingen was 15 when she began wearing the Benedictine habit and pursuing a religious life. She had the gift of prophecy and recorded her visions in writing. Her writings included lives of saints, three volumes of visionary theology and two treatises on medicine and natural history that reflected a quality of scientific observation rare for her time. A Doctor of the Church, St. Hildegard explained that she saw all things in the light of God through the five senses: sight, hearing, taste, smell and touch. Quotes attributed to her include “All of creation is a symphony of the Holy Spirit which is joy and jubilation,” “All living creatures are sparks from the radiation of God’s brilliance, and these sparks emerge from God like the rays of the sun,” and “God desires that all the world be pure in His sight. The Earth should not be injured. The Earth should not be destroyed.”

St. Hubert’s early life was obsessed with hunting and the accolades that came with it. His return to his faith was reportedly due to a vision he had of a crucifix between the horns of a stag while hunting. During his youth in what is now France, he spent his days hunting and thus is regarded as the patron saint of hunters. Appointed bishop of Liège in 708, he is known for promoting ethical hunting practices and treating animals as part of God’s creation. He is honored among sport-hunters as the originator of ethical hunting behavior.

For the convenience and protection of travelers, St. Bernard opened two hospices, one at the summit of each of two treacherous Alpine passes, renamed after him the Great and Little St. Bernard passes. After being ordained a priest, Bernard preached to the people who lived in the Alps. The operators of the hostels searched for people trapped during heavy snowstorms, assisted by dogs, famed for rescuing lost travelers and able to traverse deep snow and sniff out the lost. The breed of dogs was eventually named the St. Bernard in honor of the founder of the hostels. St. Bernard is the patron saint of mountaineers, skiers, backpacking and the Alps.

In 1954, Father Karol Wojtyła was awarded a “Bronze Badge for Hiking Tourism” by an organization in Poland. He won this accolade for hiking on foot on multiple occasions during that year, totaling 103 miles. More than half of these excursions were completed between Nov. 1 and March 31. Throughout the remainder of his life, St. John Paul II went hiking, skiing and kayaking with groups of friends as a priest, bishop, cardinal and pope. His teachings on creation, the environment and stewardship of the Earth have become important contributions to the care-of-the-Earth dialogue. “Faced with the widespread destruction of the environment, people everywhere are coming to understand that we cannot continue to use the goods of the Earth as we have in the past. … [A] new ecological awareness is beginning to emerge which rather than being downplayed, ought to be encouraged to develop into concrete programs and initiatives,” he said.