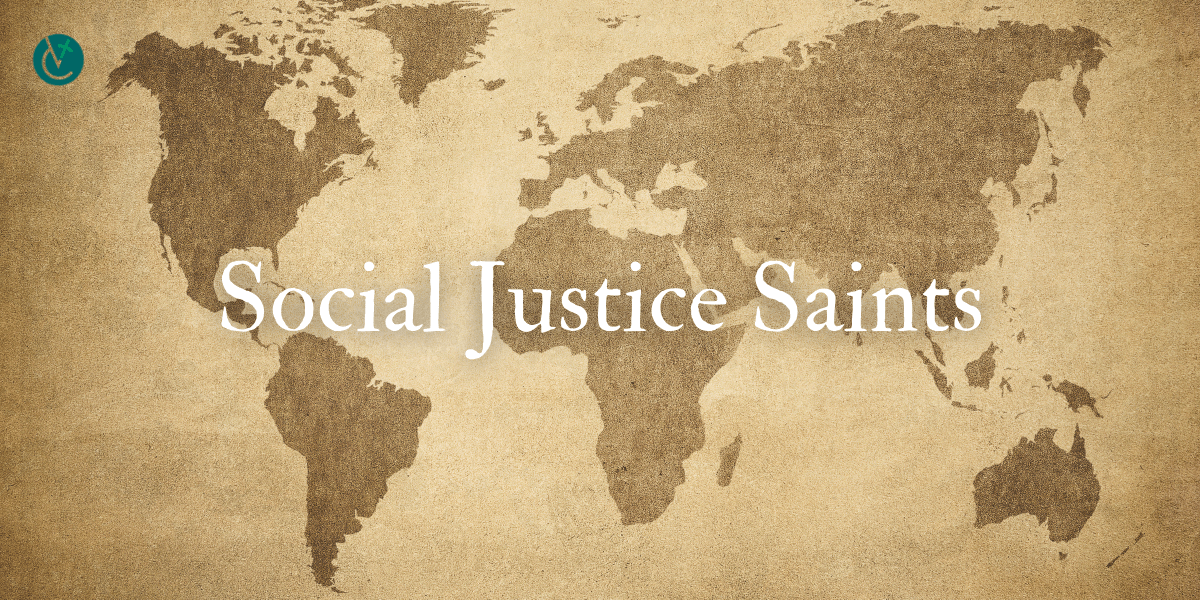 Each December issue of Vermont Catholic magazine focuses on social justice issues and how parishes reach out to the poor, the marginalized and those suffering injustices. Here is a look at some of the saints who devoted their lives to serving others and to bringing justice to the world.

St. Damien: In 1866, Hawaii established a leper colony on the Kalaupapa Peninsula. It was believed that leprosy was highly contagious, a belief that resulted in the forced quarantine of leprosy patients. The colony became this Dutch priest’s permanent home where he chose to go to care for those with the disease. After 16 years there, he died of leprosy in 1889. St. Damien is the patron saint of people suffering from leprosy.

St. Martin de Porres: Born in Peru, he was ridiculed for being of mixed-race. The law stated that descendants of Africans or Indians were not allowed to become full members of religious orders, but he still asked for admission into the Dominican Convent of the Rosary in Lima; he was received as a servant boy. Eventually he was allowed by the prior to take vows as a member of the Third Order of St. Dominic; the prior disregarded the law restricting him based on race. However, Martin was still called names and mocked for being illegitimate and descending from slaves. He was known for his unconditional care of all people, regardless of race or wealth. He is the patron saint of people of mixed race.

St. Oscar Romero: A Salvadoran archbishop, he was a beloved figure in Latin America for his commitment to social justice and combating poverty. He was a critic of the violent activities of government armed forces, right-wing groups and leftist guerrillas involved in El Salvador’s civil conflict who refused to support the right-wing military-civilian junta that replaced the deposed dictator. He advocated for human rights and was nominated for the 1979 Nobel Prize for Peace. He focused on the Church’s “preferential option for the poor” and called for an end to their oppression. He was assassinated while celebrating Mass; in 2015, Pope Francis declared him a martyr.

St. Cajetan: St. Cajetan is the patron saint for the unemployed. The son of a nobleman, he founded a charitable nonprofit bank designed to protect the poor from usury. He sought to save souls through living a moral life, sacred studies, preaching and tending to the sick and the poor. The Prayer to St. Cajetan for Job Seekers says, in part, “By the prayers and holy example of St. Cajetan, patron of all job seekers, encourage all those looking for work to persevere and grow in deeper trust of Your unfailing care for them. Increase in them, O Lord, the gifts of ingenuity, courage and persistence.”

St. John Bosco: He worked with the children of the poor in Italy, often entertaining them with magic tricks. While visiting the prisons, the priest saw that numerous boys were imprisoned. The conditions were deplorable, and he wanted to help other boys stay out of prison. He helped them find work and a place to live. In 1859, he established the Society of St. Francis de Sales with 15 seminarians and one teenage boy. Their purpose was to carry on his charitable work, helping boys with their faith formation and to stay out of trouble. He is the patron saint of juvenile delinquents, among others.

St. Josephine Bakhita: Born in Sudan, she was taken as a slave, often beaten, abused and sold. Eventually freed, she was baptized and joined the Canossian Daughters of Charity in Italy, serving as a cook and doorkeeper. Known for her gentleness, calm voice and steadfast smile, she is venerated as a modern African saint and is the patron saint of Sudan and human trafficking survivors.

St. John Paul II: This Polish-born pope was a stone-cutter at a quarry and worked in the Solvay chemical factory to earn a living and avoid being deported to Germany during World War II. He began courses in the underground seminary of Krakow and was ordained in 1946 and later served as a cardinal. He stood against Communism and contributed to the fall of the Iron Curtain. He upheld Church teachings on such topics as the right to life, he visited the imprisoned, and he traveled extensively to embrace people of all races and nationalities.

St. Louise de Marillac: Widowed in 1625, she was the co-founder with St. Vincent de Paul of the Daughters of Charity. Under her guidance, the order expanded its scope of service to include orphanages, institutions for the elderly and mentally ill, prisons and the battlefield. She told her sisters to “take good care of the service of the poor.” She is the patron saint of social workers and the Vincentian Service Corps.