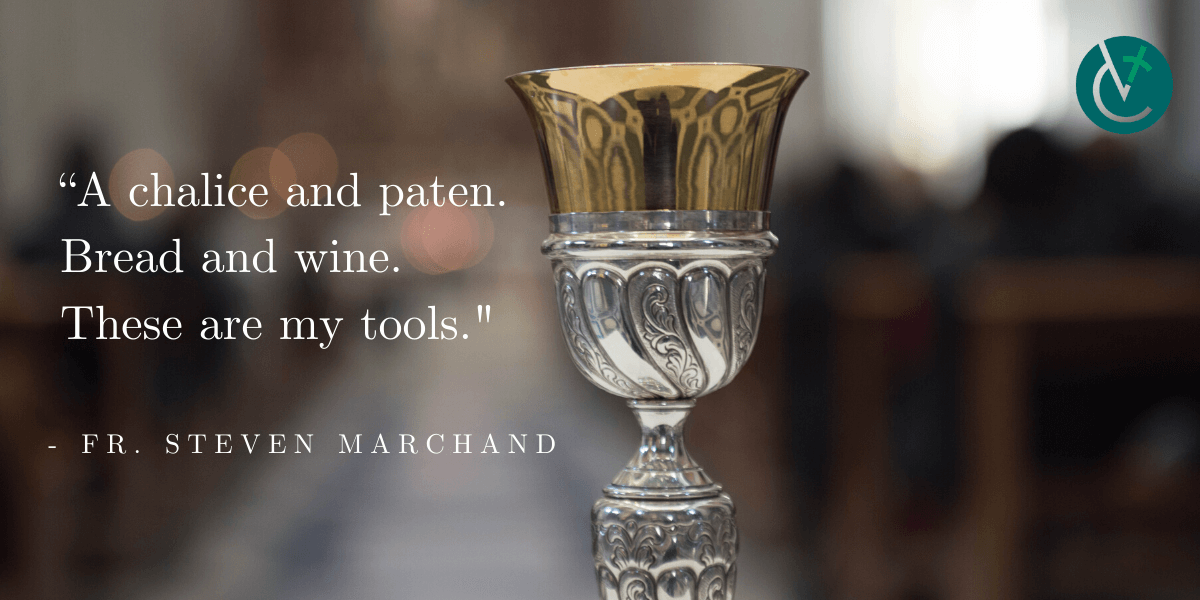 Windows to the divine life

In an Easter 1964 diary entry, English novelist and Catholic convert Evelyn Waugh wrote, “When I first came into the Church I was drawn, not by splendid ceremonies but by the spectacle of the priest as a craftsman. He had an important job to do which none but he was qualified for. He and his apprentice stumped up to the altar with their tools and set to work without a glance to those behind them, still less with any intention to make a personal impression on them.”

The great Lent and somber Easter of 2020 have prompted many to reflect upon and realize the place that the corporate worship of the Church has in their lives. Parish priests, of course, have been put in a situation usually known only to monastic priests: celebrating Mass every day without a congregation.

One of the great temptations for a priest celebrating Mass is to inject into it some of his own personality and style. We all recognize it when we see it. I remember attending a seminar with Msgr. Guido Marini, the papal master of ceremonies, in which he said that the rituals and  sacraments of the Church are like windows onto the Divine. The priest

and ministers are the glass pane. Our duty is to be as clear and transparent as possible, to get ourselves out of the way and let the words and gestures of the sacraments be the efficacious signs that speak for themselves.

It goes without saying, and I think I can speak for most priests here, that we desperately miss our people present at Mass, especially on Sundays. The physical presence and convocation of the faithful at Mass is a lived expression of the flock following the shepherd’s voice to be led and nourished by Him.

However, reflecting as a priest on the experience of saying Mass alone in these extraordinary days, I am reminded of something essential about the Mass: It is my work.

It is the work of the priest, even in the faithful’s physical absence, to continue to bring his and their prayers and offerings to the altar of sacrifice every day. To intercede for God’s people and plead forgiveness. A chalice and paten. Bread and wine. These are my tools, the altar my workbench.

And on a personal level, I have nothing to do with it. Without a congregation the priest is forced to face the reality that the Mass is always a moment of extreme vulnerability and exposure: The priest dares to go up to the altar of God, to repeat those words, “This is

my body.” The opening words of the Eucharistic prayers bring this home. They all begin with some variation of “To you, therefore, most merciful Father.” It is incredible that sometimes we priests forget that the prayers of the Mass are addressed to God alone. They are not a speech given to a captive audience. They are the sum total of the needs of the mystical of Christ, the Church, tremblingly whispered back to God by His priests in praise, thanksgiving, contrition and adoration. Cardinal Robert Sarah, the Vatican chief of the Church’s liturgical life, beautifully reminded priests when he cautioned those who are laudably

live-streaming Masses to remember that they aren’t celebrating “to a camera” but to God.

A lot of people have been saying that there will be no going back to the “old normal.” I’m not sure if they really know what they mean by this. Something we can do, however, as priests and people when we are reunited is to allow the Mass to form us, rather than seek to impress our own personality upon it.

Jesus says, “My sheep hear my voice, and I know them, and they follow me” (Jn 10:27). We priests are called to be those clear windows so that divine life can shine on the faithful. And for the faithful, it matters not if the priest appears kindly or grave, inspired or distracted. He does Christ the Good Shepherd’s work and Christ will see it done.

—Orginally published in the Summer 2020 issue of Vermont Catholic magazine.