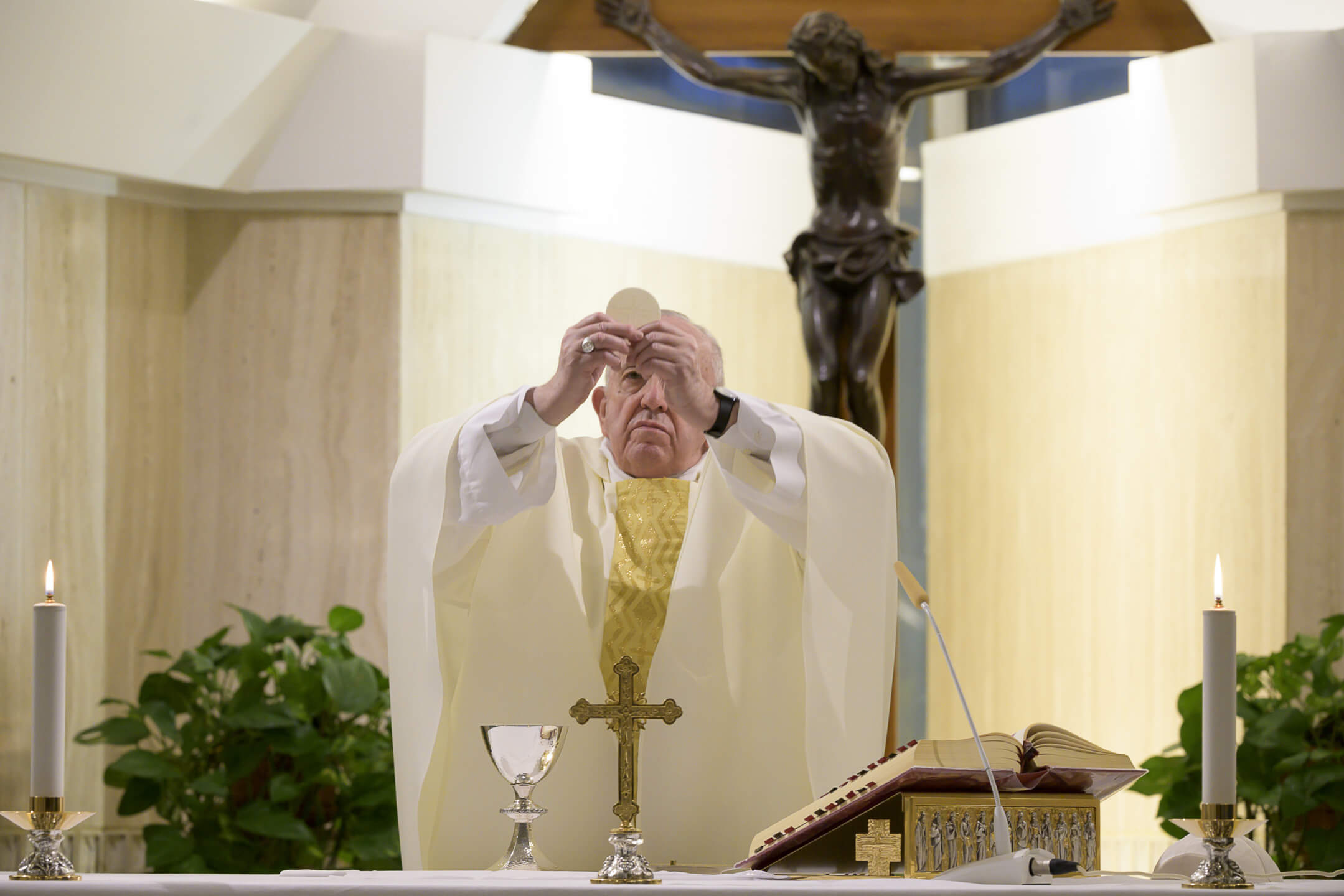 Photo Credit: CNS/Vatican Media - Pope Francis celebrates Mass in the chapel of his Vatican residence, the Domus Sanctae Marthae, April 14. The pope prayed that God would give Christians the grace to remain united and faithful in times of trial.

At Mass, pope prays for unity, fidelity in difficult time

Fidelity and unity can be difficult to maintain in times of trial, Pope Francis said, but he prayed God would give Christians the grace to remain united and faithful.

“May the difficulties of this time make us discover communion among us, the unity that is always superior to every division,” the pope prayed April 14 at the start of his morning Mass at the Domus Sanctae Marthae.

In his homily, the pope reflected on the day’s first reading from the Acts of the Apostles, in which St. Peter preaches to the people on Pentecost and calls on them to “repent and be baptized.”

Conversion, the pope explained, implies a return to faithfulness, which is a “human attitude that is not so common in people’s lives, in our lives.”

“There are always illusions that attract attention and many times we want to follow these illusions,” he said. Nevertheless, Christians must hold on to faithfulness “in good times and bad times.”

The pope recalled a reading from the Second Book of Chronicles, which said that after King Rehoboam established himself as king and the kingdom of Israel was secured, he and the people “abandoned the law of the Lord.”

Too often, he said, feeling secure and making grand plans for the future is the path to forgetting God and falling into idolatry.

Pope Francis encouraged Christians to learn from the example of St. Mary Magdalene, who “never forgot all that the Lord had done for her” and remained faithful “in the face of the impossible, in the face of tragedy.”

“Today, let us ask the Lord for the grace of faithfulness, to thank him when he gives us security, but to never think that they are ‘my’ securities,” the pope said. Ask for “the grace of being faithful even in front of the tomb, in front of the collapse of so many illusions.”