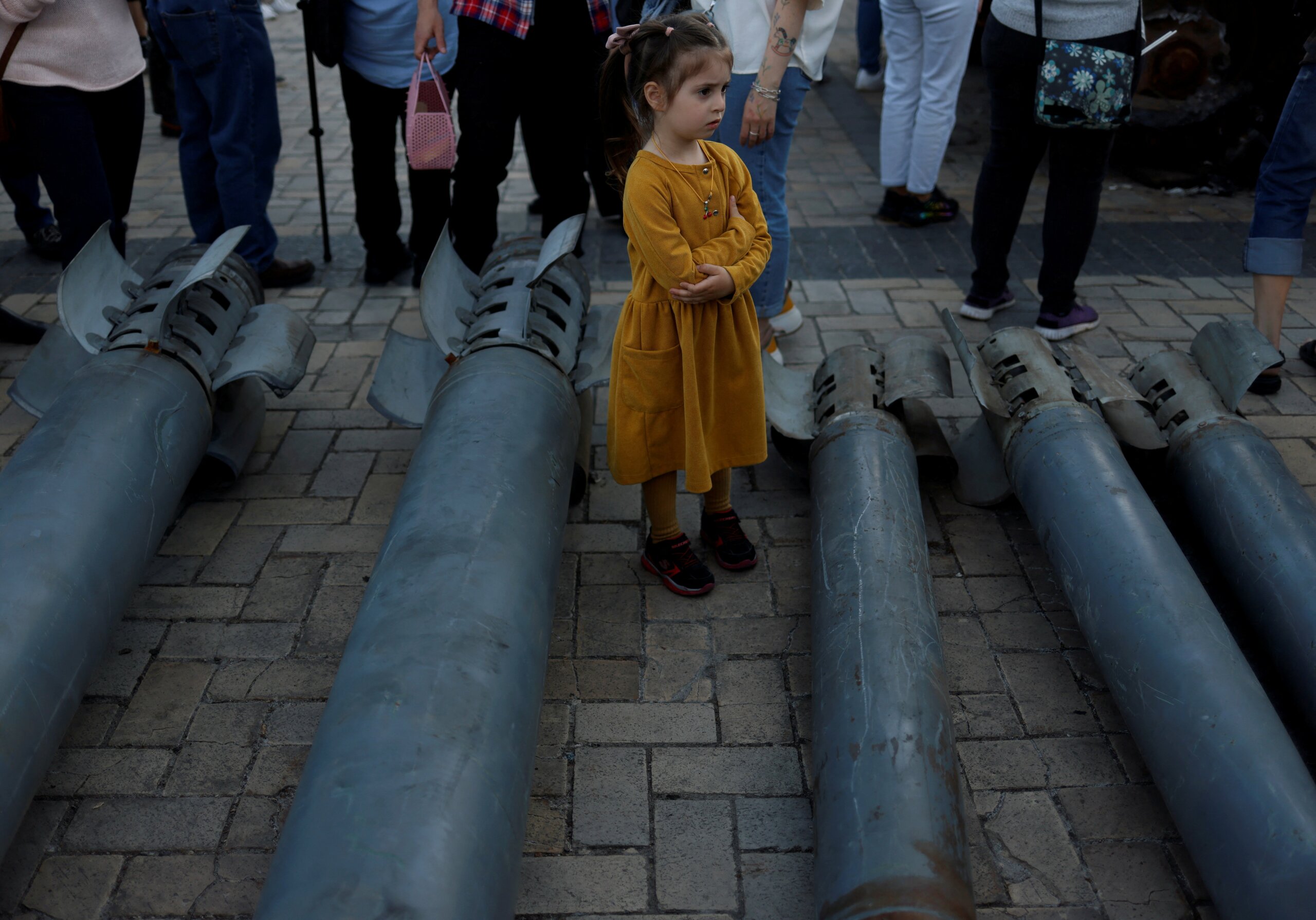 Photo Credit: CNS/Edgar Su, Reuters - A girl looks on at a display of Russian weapon systems used in their attacks, outside St. Michael's Cathedral in Kyiv, Ukraine, May 29, 2022. During the month of November, Pope Francis is asking people to pray for children who are suffering because of poverty, war and exploitation.

During the month of November, Pope Francis is asking people to pray for children who are suffering because of poverty, war and exploitation.

“Let us pray for children who are suffering, especially for those who are homeless, orphans and victims of war. May they be guaranteed access to education, and may they have the opportunity to experience family affection,” the pope said in a video released Oct. 31.

In the video message released by the Pope’s Worldwide Prayer Network, the pope explained his November prayer intention: “For children who suffer.”

“An abandoned child is our fault,” the pope said in the message.

“Each marginalized child, abandoned by his or her family, without schooling, without health care, is a cry! A cry that rises up to God and shames the system that we adults have built,” he insisted.

Pope Francis noted that there are millions of boys and girls around the world living “in conditions very similar to slavery.”

Yet, they are human beings with names and faces and an identity that God gave them, he said. And they have a right to an education and “to feel the love of a family so they know that God does not forget them.”