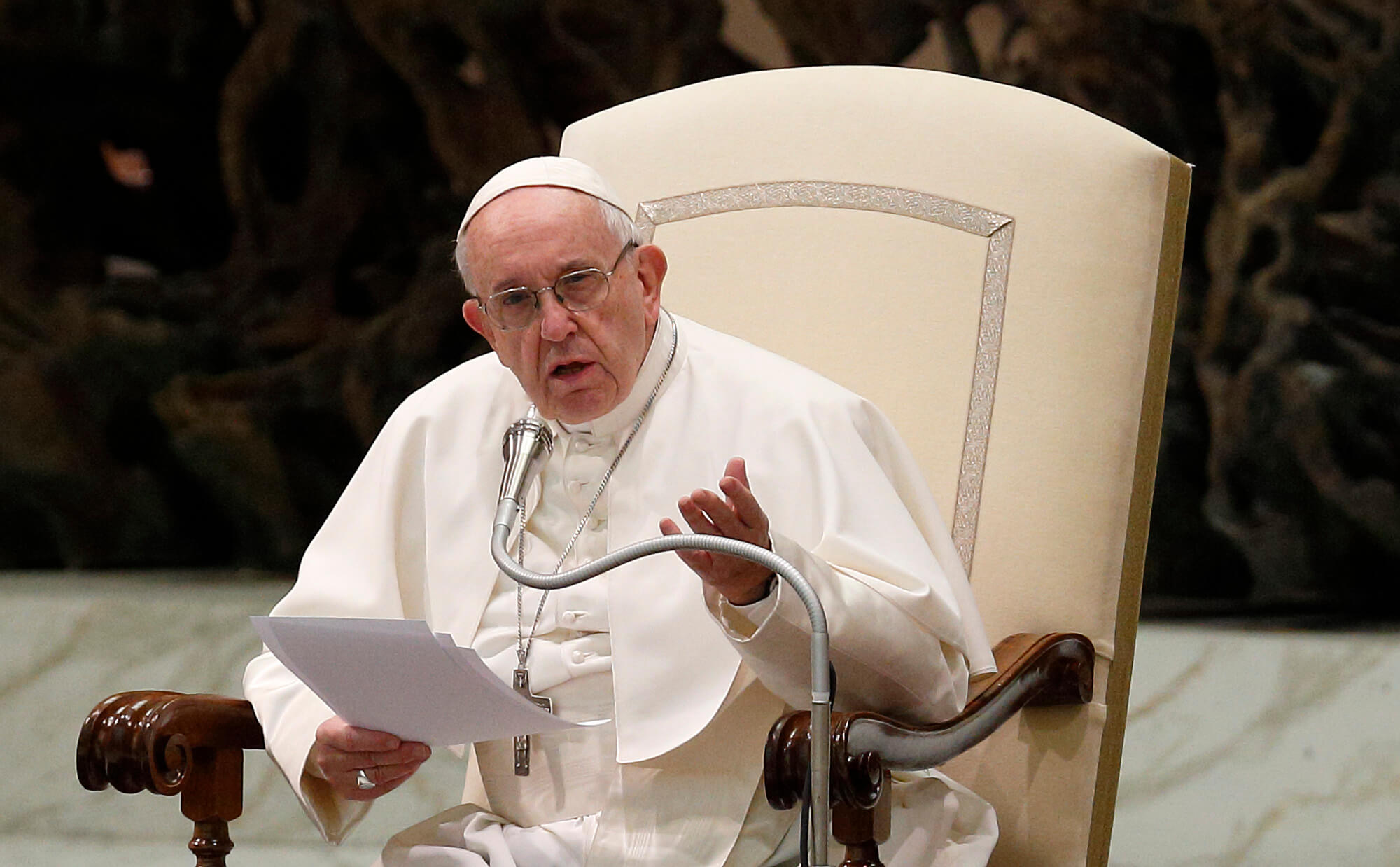 To know God is to know love, pope says

When speaking to God as a father, Christians experience a love that goes beyond human love and affection, which can be unpredictable and mired by selfishness, Pope Francis said.

While often compared to the love of parents, the love of God is greater; “there is a God in heaven who loves us like no one on this Earth has ever done and can ever do,” the pope said Feb. 20 during his weekly general audience.

“God’s love is that of the father ‘who is in heaven,’ according to the expression that Jesus invites us to use. It is the total love that we in this life can savor only in an imperfect way,” he said.

Continuing his series of talks on the Our Father, the pope reflected on the first verse of the Lord’s Prayer. Praying to God in heaven, he said, is the first step of every Christian prayer to enter the “mystery of God’s fatherhood.”

While God’s paternal love is a reminder of the love humans experience, the pope said that there can be no comparison between the two since human love is “capable of blossoming” in one moment and “withering and dying” in the next.

“This is what our love often is: a promise that is hard to keep, an attempt that soon dries up and evaporates, a bit like when the sun comes out in the morning and takes away the dew of the night,” the pope said.

While human love can be fickle, he said, “no one should doubt that” they are worthy of God’s love.

Some may think that the phrase “Our Father, who art in heaven” is meant to convey the distance between God and humankind, but Pope Francis said that it is instead meant to express “a radical diversity, another dimension” of love.

“None of us are alone,” the pope said. “If, even by misfortune, your earthly father had forgotten about you and you had resentments against him, you were not denied the fundamental experience of the Christian faith: that of knowing that you are God’s beloved child and that there is nothing in life that can extinguish His passionate love for you.”