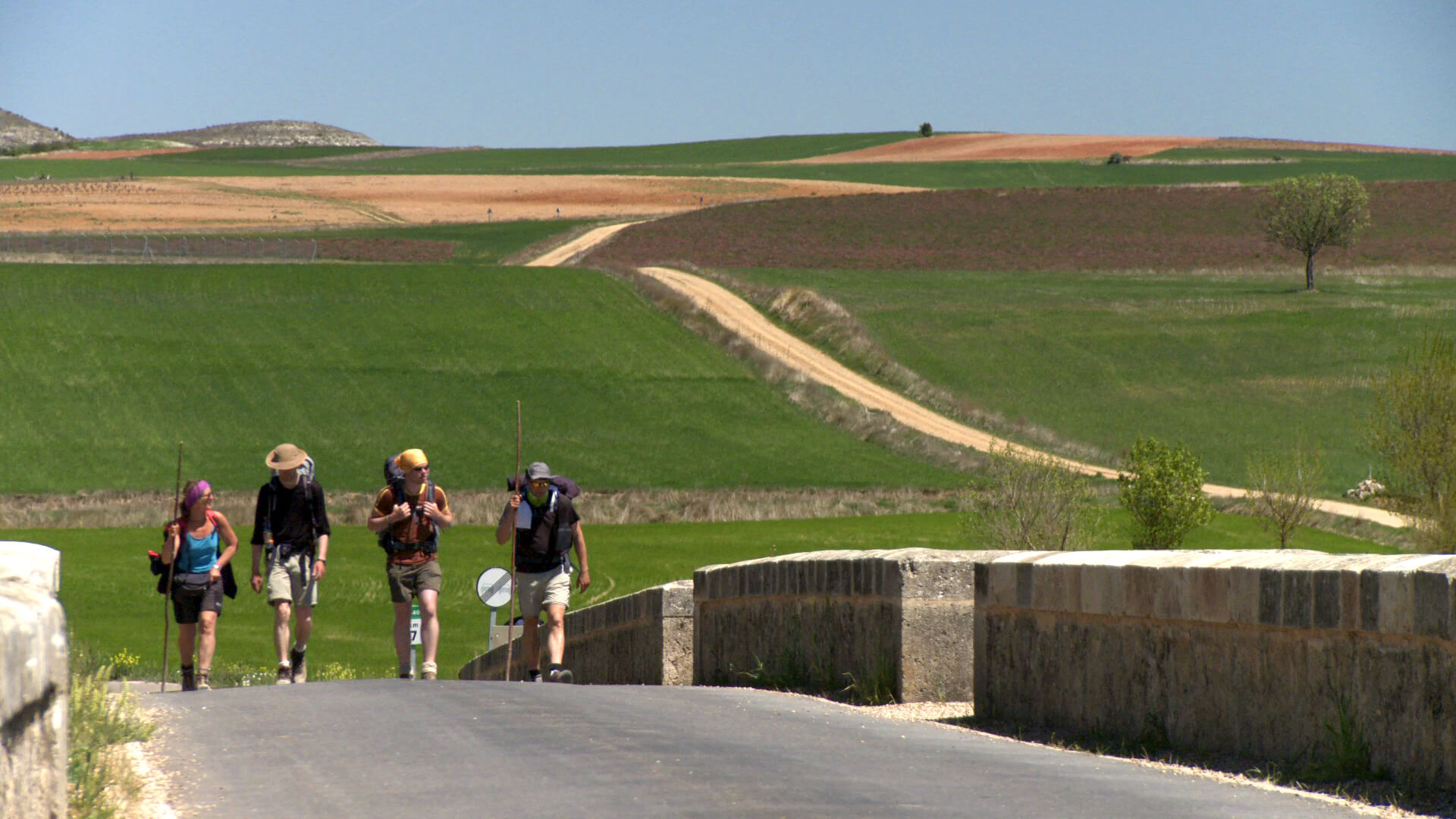 High school students from the Essex Catholic community will make a youth pilgrimage to the Camino de Santiago in northern Spain this summer.

Their pastor, Edmundite Father Charles Ranges, is supportive of this pilgrimage experience. “Learning often comes from experiences. This pilgrimage should be an experience of a life time and promote vital Christian discipleship,” he said. “It will involve the body and soul of all the pilgrims and lots of walking.”

In the Middle Ages, Santiago de Compostela, the third most important city of pilgrimage after Jerusalem and Rome, attracted pilgrims from all parts of Europe. It remains one of Spain’s most remarkable cities with old quarters, churches and an air both ancient and mystical.

There, in the city’s cathedral, are kept the sacred remains of the Apostle James the Greater who is said to have converted Hispania/Spain to Christianity.

By the 1980’s, only a few hundred pilgrims per year registered in the pilgrim’s office in Santiago. In 1987, the route was declared the first European Cultural Route by the Council of Europe; it was also named one of UNESCO’s World Heritage Sites. Since then the route has attracted a growing number of modern-day international pilgrims.

The Vermont pilgrims will begin in the town of Ponferrada and walk 12-18 miles a day for 10 days to reach the Cathedral of St. James. They will be journeying not only for themselves but for the two parishes, praying for unity and for the needs of parishioners. “Although the destination is far away and sounds quite exotic, this endeavor will be both arduous and austere — in other words a true pilgrimage experience that will hopefully sharpen each pilgrim’s spiritual life and connection to the Church,” McMahon said.

The churches’ religious education program will support and promote this pilgrimage to help these young people raise fund and to give religious education families a chance to have their own concerns and prayer requests incorporated into the daily prayers of the pilgrims.

This also will “build unity within our two parishes by encouraging our families to pray daily for the pilgrims” while they make this journey and allow these pilgrims to add parishioners’ prayer requests to their daily prayers, McMahon said.

Father Ranges hopes that all who are involved will gain a greater love of the Christian faith and of the Church. “Hopefully, they will come back with new enthusiasm for being active members of our parish community,” he said.

“The pilgrims will be traveling with our financial and spiritual support and prayer requests. There is lots of parish enthusiasm about the whole experience so I know that it will be successful.”