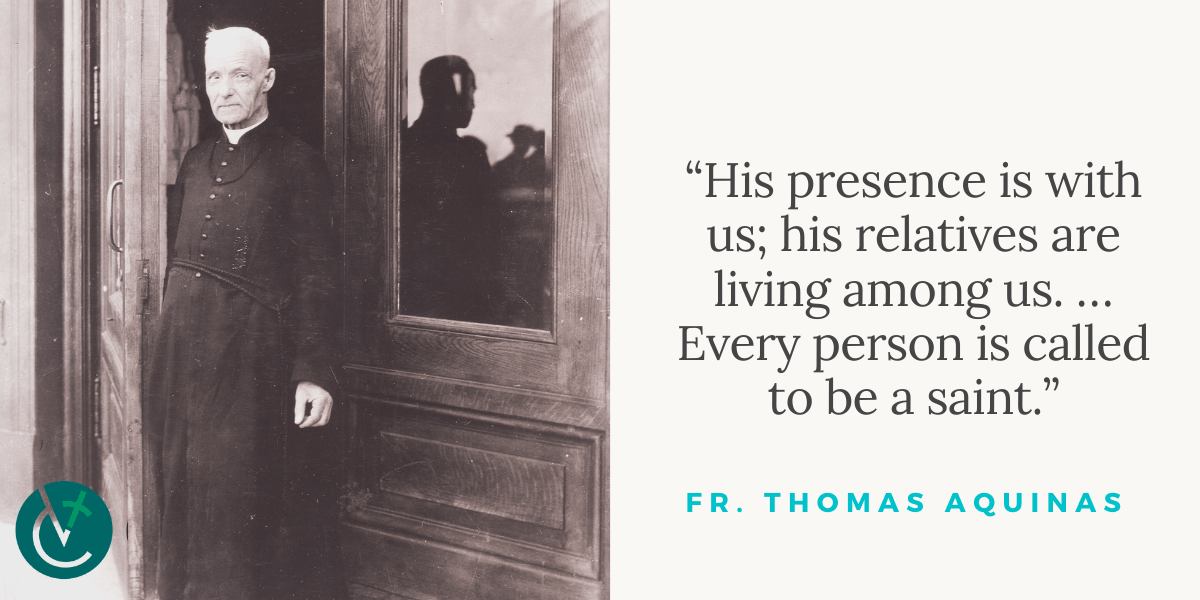 A saint in the family

Jeannine Young of Mary Queen of All Saints Parish’s Our Lady of Fatima Church in Craftsbury and Adrienne Olney of the parish’s St. Norbert Church in Hardwick have something in common: a saint in the family.

Both are distant cousins of St. Andre Bessette whose desire to increase devotion to St. Joseph inspired him to found a shrine — now St. Joseph’s Oratory — in Montreal. Though many people attributed miracles to Brother Andre, he attributed them to St. Joseph.

Born in Quebec in 1845, he was a professed brother in the Congregation of Holy Cross and served as a doorkeeper of Notre Dame College in Montreal. He died in 1937 at the age of 91, was beatified in 1982 and canonized in 2010.

Another distant cousin, Dona Bessette, 92, of St. Norbert’s, attended the canonization in Rome. “I was happy to be able to go,” he said.

Young — who grew up in Glover and Hardwick — and Olney — who grew up in Williamstown, Massachusetts — seemed always to know that “Brother Andre,” as he was known before his beatification, was a special member of their extended family.

Young credits St. Andre with helping alleviate severe acid reflux. “I’m a big believer he had to have healed me” in the late 1990s, she said.

There are numerous relatives of St. Andre in Vermont, some of whom attended programs on the saint last year in Hardwick, Troy and Newport.

For Young, the saint is a model of humility; for Olney, a model of prayer.

“He was known for his simplicity,” said Herald of Good News Father Thomas Aquinas, administrator of Mary Queen of All Saints Parish. “It is a way to get close to God.”

Though many people know about St. Andre, “we can catechize people, telling them St. Andre Bessette is with us,” he said. “His presence is with us; his relatives are living among us. … Every person is called to be a saint.”

Young and Olney have passed to their children and grandchildren the legacy and appreciation of having a saint in the family; one of the children even dressed as St. Andre for a Catholic school celebration of All Saints Day.

“Not many people can claim they are the relative of a saint,” Young said.