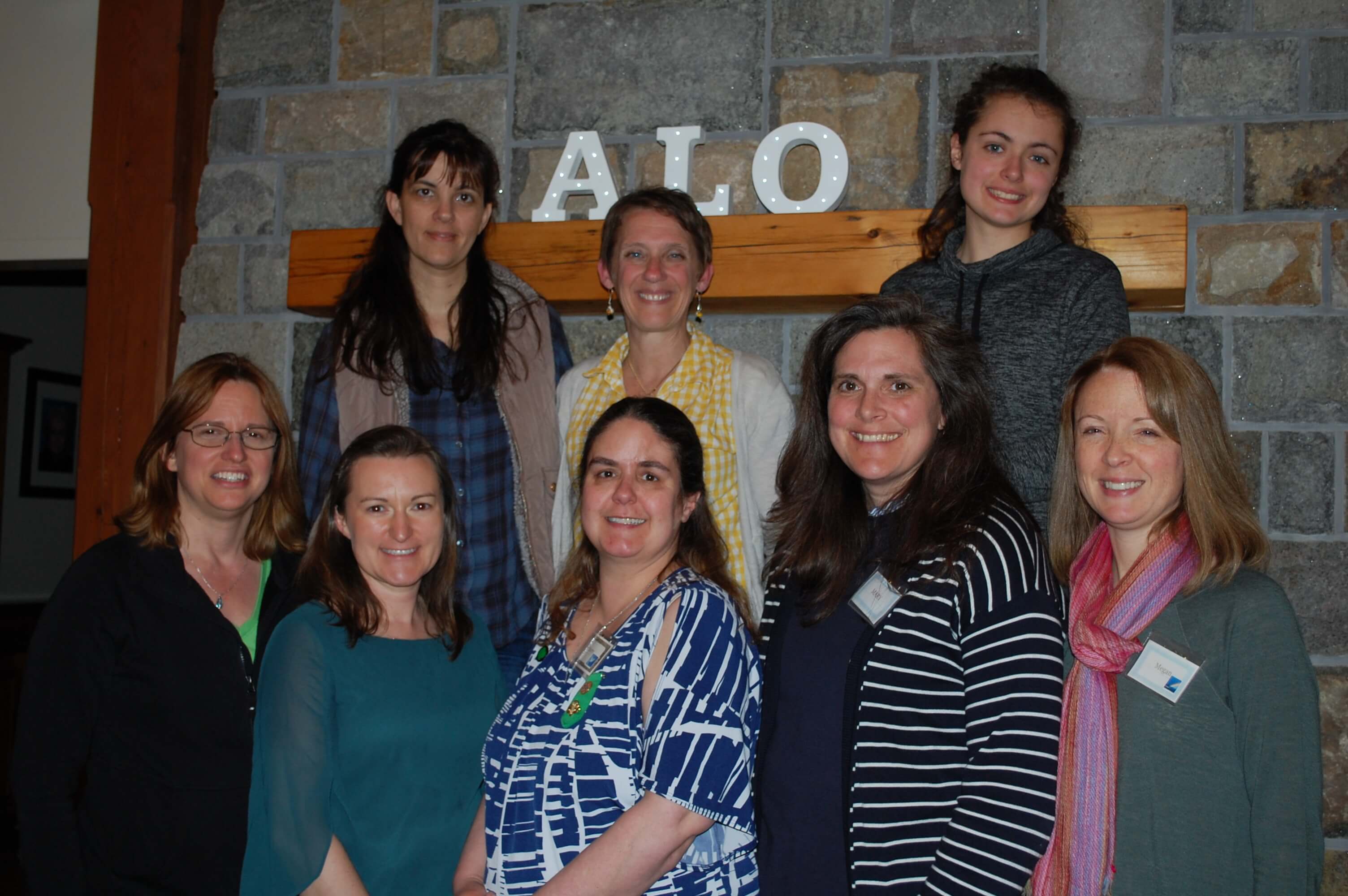 A Catholic women’s group based at Holy Family Church in Essex Junction gives participants a place to share their faith, learn and socialize.

Alo began in 2005 as a Catholic mother’s group, but it now welcomes all Catholic women to its meetings that include prayer, speakers, discussion, activities and a meal.

Alo is a Latin word meaning to nourish, cherish, sustain, maintain and keep. It is pronounced ‘AH-low’.

The May Alo meeting began with a Holy Hour in Holy Family Church.

Mary Niekrewicz, one of the co-coordinators of Alo, said the women’s group supports women as they grow in their faith. “The support of other women in the faith, the spirituality and the friendship” are reasons that have kept her attending for more than a dozen years.

Alo meets on the third Thursday of the month during the school year from 7 to 9 p.m. There are nearly 70 women on the mailing list, and meeting attendance is usually about 15.

There is an Alo book club that meets separately.

Alo co-coordinator Lisa Laverty of St. Pius X Parish in Essex Center has been attending Alo meetings for about six years. “It’s been a blessing in my life,” she said. “I have grown in my Catholic faith by being around other Catholic women.”

Megan Emmons of St. Pius X Parish has been attending Alo for about 10 years and appreciates its spiritual aspects and fellowship as well as support in mothering. “It strengthens my Catholic faith,” she said.

Jenn Smith of Moretown attends Mass in the extraordinary (Latin) form at St. Anthony Church in Burlington and participates in Alo. “It’s inspiring,” said the former parishioner of St. Mark Church in Burlington who acknowledged the good friends she has made at Alo. “These are amazing women.”

Laverty said that the more people grow in their faith, the more they are open to talking about it and sharing it with others. “When people are excited about their faith and have a personal relationship with Jesus and are not afraid to show it, it spreads,” she said. “It encourages other people in their faith.”