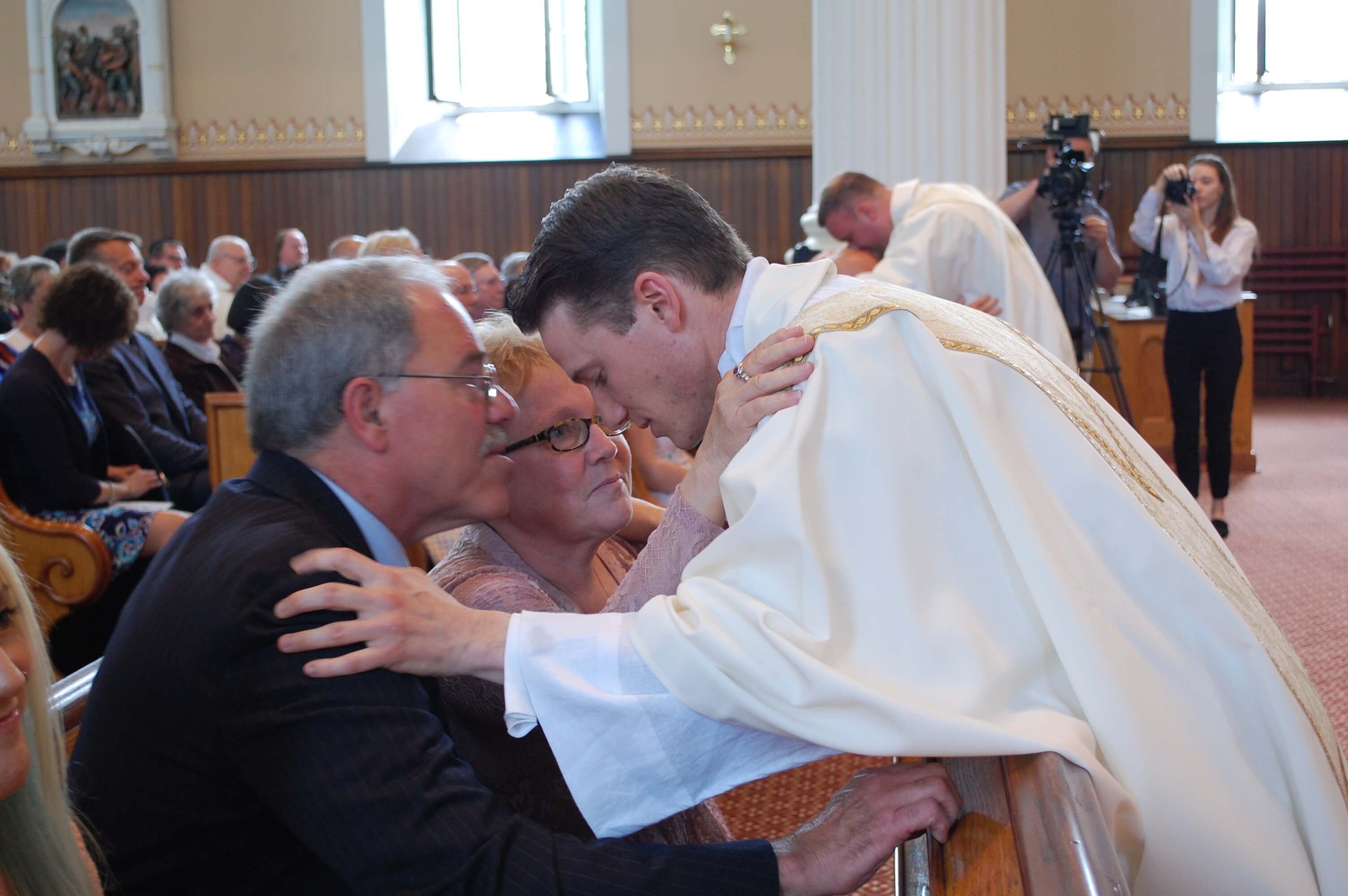 Father Kevin Chalifoux first began discerning a vocation to the priesthood during his sophomore year at the University of Vermont in Burlington. This process of discernment deepened through a frequent reception of the Sacraments of Confession and Communion, and the study of the lives of the saints and the teachings of the Church. He spent time in silent prayer before the Blessed Sacrament, and by the time he reached his senior year — with the help and guidance of his spiritual director, the diocesan vocations director and the bishop — he had submitted his application to the seminary.

The son of Kevin and Robin Chalifoux of Spencer, Massachusetts, he has two older sisters and enjoys reading and writing, playing the piano, singing, hiking and long conversations with friends.

“Perhaps my desires and aspirations were more muddled and mixed in those earlier days; today I think I wish more sincerely only to do His will, to guard, protect and love with my whole heart that which He has entrusted to my care,” Father Chalifoux said. “If He will grant me the grace to love Him always, which He promises to do, to be faithful to Him and His Church in season and out of season, then, really, He can do with me what He wills.”

Though there was a certain nervousness about becoming a priest, Father Chalifoux began discerning the priestly vocation because of his recognition of the beauty and importance of the sacred priesthood of Jesus Christ. “It was simultaneously a daunting and an exciting possibility,” he said. “In first recognizing the universal call that we all have to sanctity and next admiring the multitude of ways that God leads man to holiness and salvation through the various states of life, I was then prepared to ask God in humility and in love where He was asking me to go next.”

As a priest, Father Chalifoux will be a disciple of Jesus. “To remain a disciple is to strive for daily conversion, daily surrendering my heart and will to the Lord that I might be more and more conformed to His Sacred Heart which beats with love for His people,” he said.

He will seek to bring vibrancy to his ministry and to be a vibrant priest, “one who is full of life.” This means renouncing sin and turning to Christ every day, spending time in prayer before the Blessed Sacrament, seeking time for silent meditation, receiving God’s forgiveness in the confessional regularly and studying the lives of the saints. (Some of those he has been inspired by include St. Padre Pio, St. John Kemble, St. Paul of the Cross, St. Teresa of Avila and the soon-to-be-canonized Blessed John Henry Cardinal Newman.)

Father Chalifoux said he will be sustained by continued study of theology, reading and discussing literature and reading good books. “The jolly company and faithful support of friends mean the world to me, so I will certainly make sincere efforts to remain connected with the friends and family members that I hold dear,” he said. For those he is unable to see in person often, he treasures handwritten correspondence.

“I cannot quite emphasize enough the vital importance of good and true friendships in today’s world, which can threaten us with isolation and discouragement so often,” Father Chalifoux said. “The friends I have made thus far along the journey I count as some of the richest blessings our Lord has bestowed upon me, and I look forward with great hope and joy to the adventures that still await us.”

Father Chalifoux has been assigned to serve as parochial vicar of Holy Angels and Immaculate Conception (St. Mary) churches in St. Albans.

—Originally published in the July 6, 2019, issue of The Inland See.