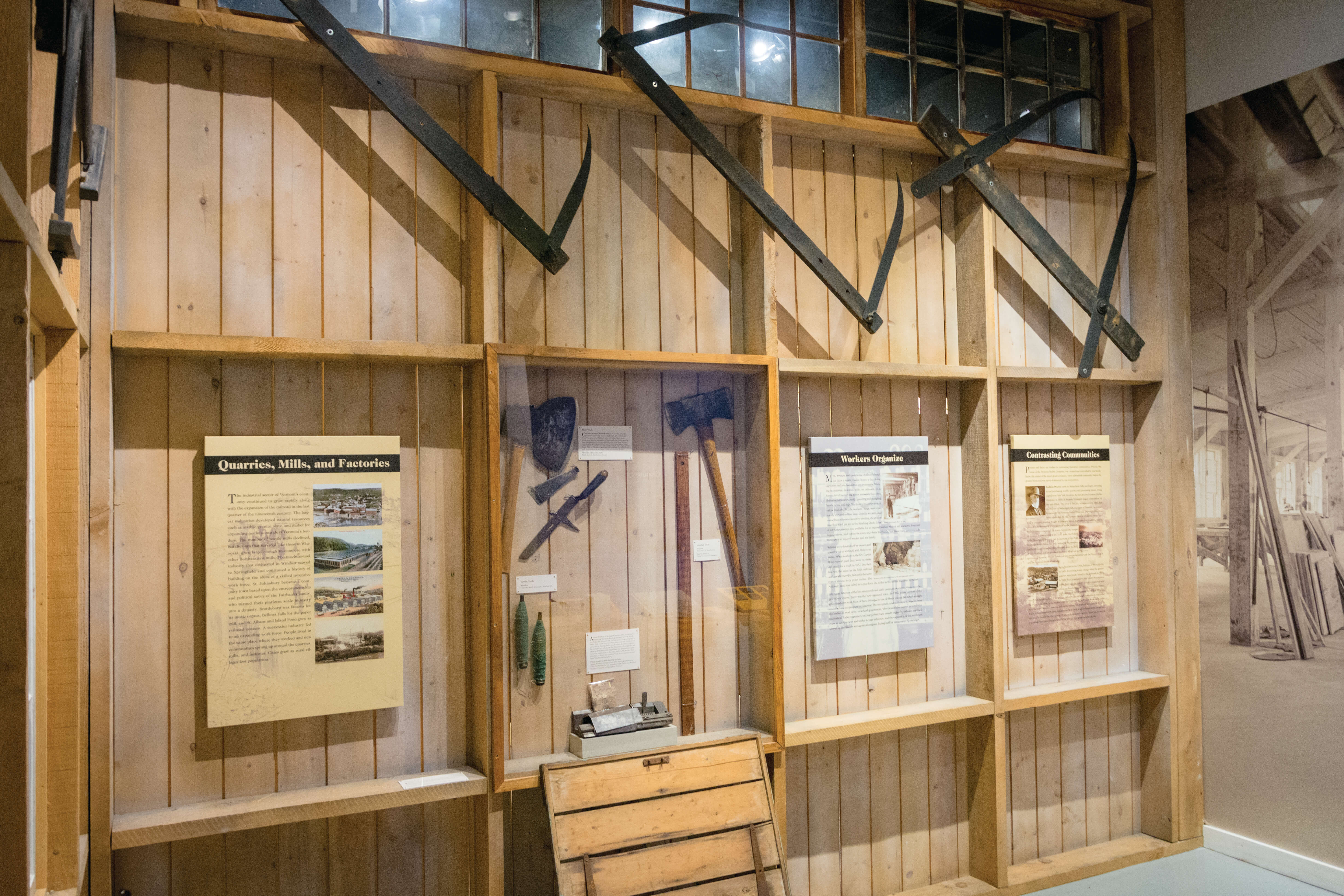 Make a day of it: Montpelier

Vermont’s capital city, Montpelier, is rich in history, government and faith as evidenced by three prominent downtown buildings: the State House, The Pavilion Building in which the Vermont History Museum is located and St. Augustine Church. Each is an important stop on a Make a Day of It visit to Montpelier.

The Vermont State House is one of the oldest and best-preserved state capitols. Its House and Senate chambers are the oldest active legislative halls in the United States that have preserved their original interiors.

The State House contains some of the state’s most important art.

Here visitors will find the governor’s office, the Cedar Creek Reception Room, the Hall of Inscriptions and the legislative chambers.

Hubbard Park is located up the hill behind the State House, and a walking trail through the park begins just behind the State House. It’s about a 15-minute walk up the hill to an old stone tower that offers a view of the surrounding mountains. North Branch River Park stretches for nearly a mile along the North Branch River, providing access to canoeing, kayaking and fishing.

The award-winning, multi-media exhibit, “Freedom and Unity: One Ideal, Many Stories,” is a permanent exhibition that focuses on Vermont history. It begins with Paul Sample’s Salute to Vermont, a 1961 mural that sets the visitor up for a walk through time, experiencing a full-sized Abenaki wigwam, a re-creation of the Catamount Tavern where Ethan Allen’s Green Mountain Boys gathered, a railroad station complete with a working telegraph and a World War II living room furnished with period music and magazines. The museum also showcases local history collections.

“This is a great place for families to learn about the history of the state and explore the past together,” said Victoria Hughes, museum and education manager.

The museum has various interactive items geared for children “and adults like them too,” she said.

The Arts Council and the Vermont Department of Buildings and General Services maintain an exhibit at the council offices at 136 State St., next to the Capital Region Visitors Center. The garden is a public/private collaboration featuring rotating two-year showings of contemporary work created by Vermont artists. It offers a place to picnic or engage in quiet reflection in Montpelier’s downtown.

The first Mass in the current St. Augustine Church, constructed of Vermont granite, was celebrated in 1903 on Easter Sunday. The Montpelier Daily Journal reported: “They have built a sanctuary that will be a joy and an inspiration not only to them, but to their children and their children’s children for generations to come.”

The windows, a defining feature of the church, were made by the Wilbur Burnham Company of Boston and were installed over a year-long period that began in the fall of 1937 and continued almost until the end of 1938. They cost $25,000, and were added to the church during the pastorate of Monsignor W.P. Crosby.

Each window tells a story, and together they are a colorful celebration of the Catholic faith and reflect the 2,000 years of Catholic tradition that have shaped the religious beliefs of the parish family.

Father Julian Asucan, pastor, said the windows are one of the most beautiful features of the church. He invites people to visit the church to see them and to take time for private prayer in the chapel.

And after a visit to the church, get a creemee, something he likes to do in the capital city.