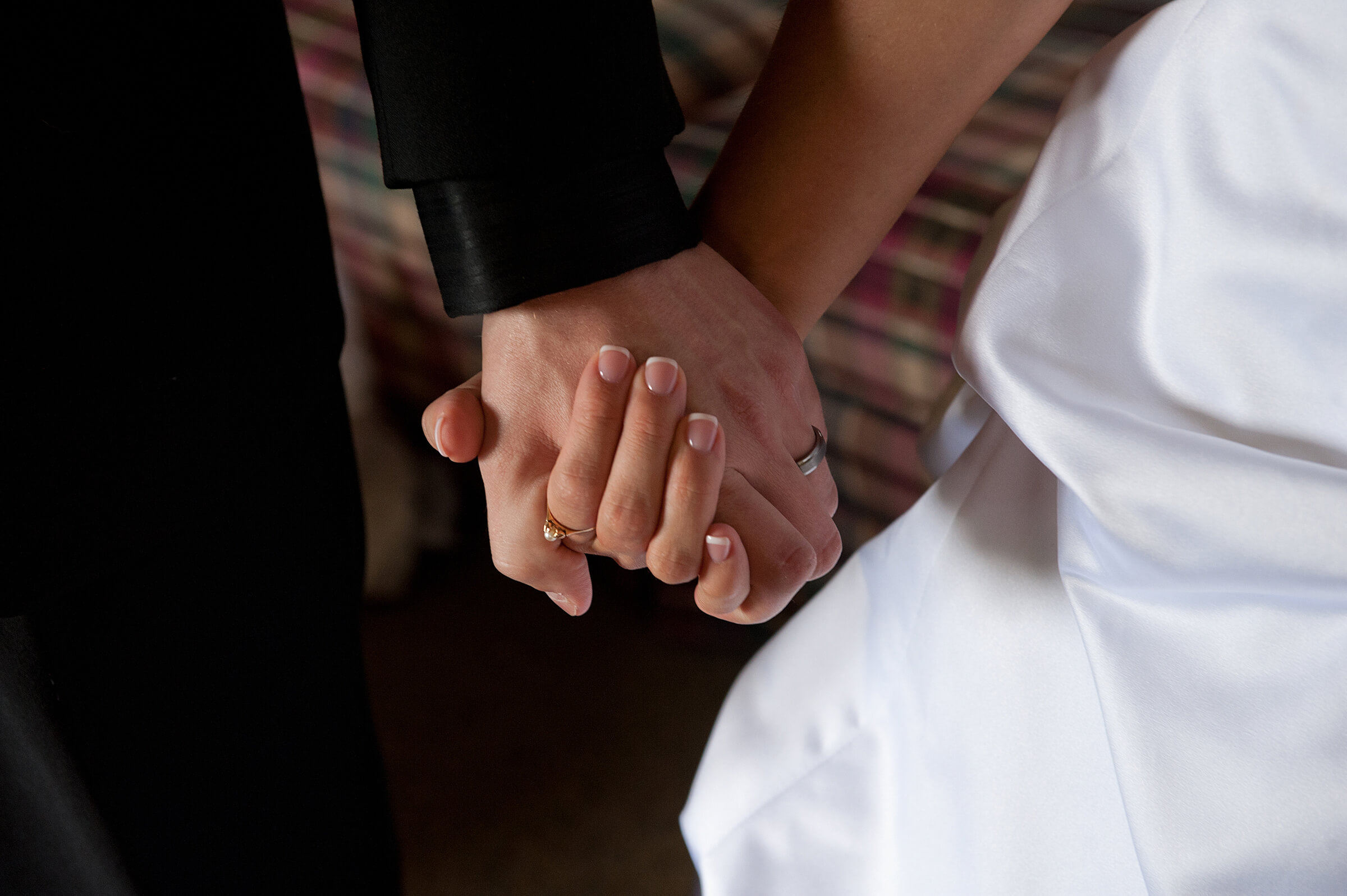 Photo Credit: CNS file photo/Jon L. Hendricks - A groom and bride hold hands on their wedding day. In the Diocese of Burlington, as part of preparing to get married in the Catholic Church, couples participate in a Pre-Cana program of preparation so that they can be equipped with the tools to live a sacramental marriage.

According to the Gospel of John, Jesus performed His first miracle at a wedding in Cana that He attended with His mother, Mary, so it is fitting that a marriage preparation program be called “Pre Cana.”

In the Diocese of Burlington, as part of preparing to get married in the Catholic Church, couples participate in a Pre-Cana program of preparation so that they can be equipped with the tools to live a sacramental marriage.

There are approximately 300 couples who are married every year in the Diocese. Of those weddings, about 100 are destination weddings in which the couple has family in Vermont.

“Pre Cana is such a privileged opportunity for us in the Church to walk with these engaged couples, share in their joy, impart our experiences and help them lay a foundation in Christ for the marriage they desire,” said Deacon Phil Lawson, executive director of evangelization, catechesis, divine worship, marriage and family and respect life.

In light of Pope Francis’ document, “The Joy of Love,” which calls for a renewed marriage preparation initiative, the Diocese has updated its Pre-Cana program with changes implemented last fall.

“Given the challenges to marriage today, the Church and the past few popes have called for a new ‘marriage catechumenate,’” Deacon Lawson explained. “This would include a re-presentation of the Gospel, teaching couples how Christ desires to be part of their life and their marriage, helping couples to learn to pray, equipping them the basic human skills necessary for marriage, and with the help of experienced couples, mentoring them as they embark on the journey of marriage.”

The “marriage catechumenate” teaches not just about marriage but also the basics of Catholicism, noted Father Henry Furman, pastor of St. Luke Church in Fairfield and Ascension Church in Georgia.

“The mentor couples have been great, generously opening up their homes,” he added. “What a blessing when engaged couples not only learn the Catholic faith but see it faithfully lived.”

The biggest change was moving from a single weekend formation program to a series of components including online formation or a mentor couple, an online course in Natural Family Planning and a separate retreat day where the couple has the opportunity together to invite Christ into their preparation as they embark on their life together.

“The Church has 2,000 years of wisdom to share and amongst her members has countless living examples of what marriage can be. Pre-Cana is in place to help facilitate that,” Deacon Lawson said.

For more information, go to vermontcatholic.org.