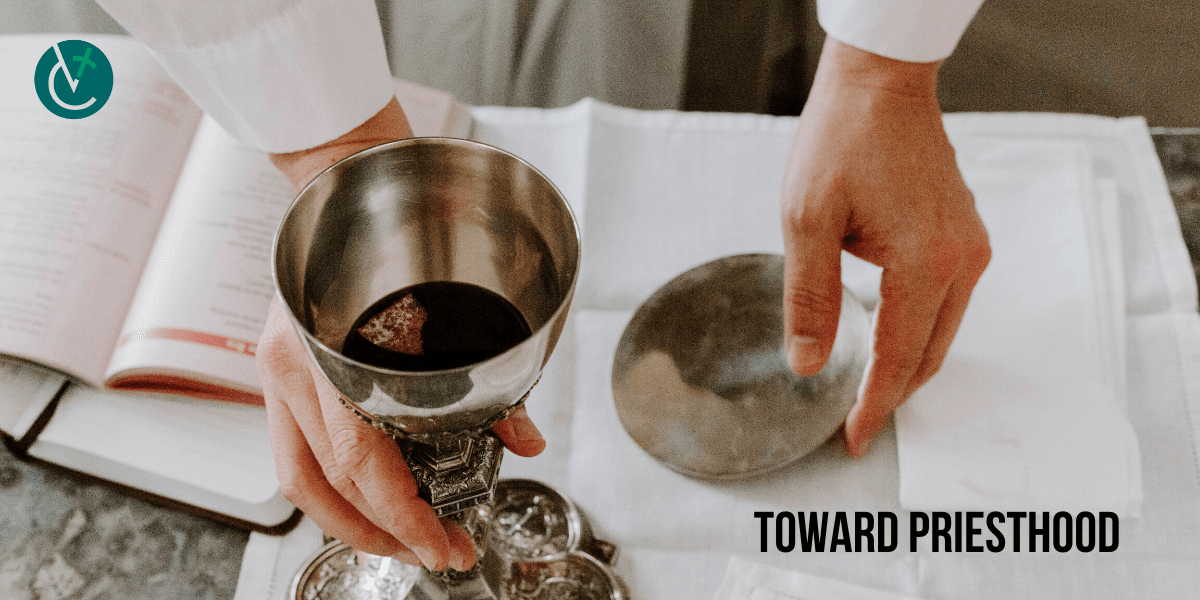 Two men from St. John the Baptist Parish in North Bennington have moved closer to the priesthood.

Robert Murphy, son of Kathleen and Kevin Murphy of North Bennington, is to be ordained a transitional deacon for the Diocese of Burlington at Sacred Heart St. Francis de Sales Church in Bennington at a date to be determined. A private ordination had been scheduled in May because of physical distancing requirements, but it is hoped a later ordination will allow more people to attend after pandemic guidelines are relaxed.

Casey Weber, son of Linda O’Brien of North Bennington and P.J. Weber of Bennington, was ordained to the transitional diaconate in May at the Cathedral-Basilica of St. Louis, King of France in New Orleans by Archbishop Gregory Aymond. He is studying for the priesthood for the Diocese of Memphis.

Deacon Weber was born in Hartford, Connecticut, and when he was six months old his family moved to Shaftsbury and joined St. John the Baptist Parish; he became an altar server in third grade.

During his confirmation retreat, he had what he called his “first real experience of God.” After a prayer service, while praying silently, he heard God say, “Work in youth ministry and become a priest.”

The young man fought the call to priesthood throughout the rest of high school and college.

After graduating in 2006 from Mount Anthony Union High School in Bennington, he moved to Memphis and studied chemical engineering at Christian Brothers University and earned a bachelor’s degree in 2010; after graduation, he worked as a chemical engineer for five years before entering the seminary for the Diocese of Memphis. “The first time I visited Memphis, I felt like I was where I was called to be,” he said. In 2017 he graduated with a master’s in Catholic Studies of Philosophy and was sent to Notre Dame Seminary in New Orleans.

“The biggest challenge I have had to face with the Covid-19 pandemic is having to be ordained outside of my Diocese, in a private ceremony,” he said. “Notre Dame Seminary was able to go on lockdown instead of closing, so much of our formation continued as usual during the pandemic, with the exception of online classes.”

Deacon Weber plans to be ordained to the priesthood in Memphis next year and will carry out his ministry there. “My advice to those who are struggling to find or accept their vocation is to allow God to work on you. If He wants you in seminary, it will become obvious that that is your next step, if you are open to it,” he said. “There are many stories of people who finally stop doing what they want to do and ask God to show them what He wants them to do. When they pray that prayer honestly, God answers it.”

Robert Murphy graduated from Mount Anthony Union High School Bennington in 2013 then attended Providence College where he earned a bachelor’s degree in philosophy in 2017.

He first felt the calling to the priesthood in elementary school. “I was open to the call and desired to do God’s will for my life,” he said. He chose to study for the Diocese of Burlington because it is his home Diocese, and he felt called to serve the people of Vermont.

“There have been many great priests in Vermont who have inspired me in my discernment of the priesthood,” he said.

He will enter his Fourth Theology year next semester at Mount St. Mary Seminary in Emmitsburg, Maryland.

During the pandemic he finished his studies remotely while staying at St. Michael Parish in Brattleboro. “One of the biggest challenges was being away from my brother seminarians,” he said.

Murphy anticipates being ordained to the priesthood in 2021.

He has one younger brother and likes to exercise, read and spend time with friends.

His advice for men who are contemplating priesthood is to focus on growing in holiness, especially through daily prayer, and striving to grow in virtue. “I believe that if they are open and seeking to do God’s will, God will lead them to their vocation and give them what they need to live it well,” he said.