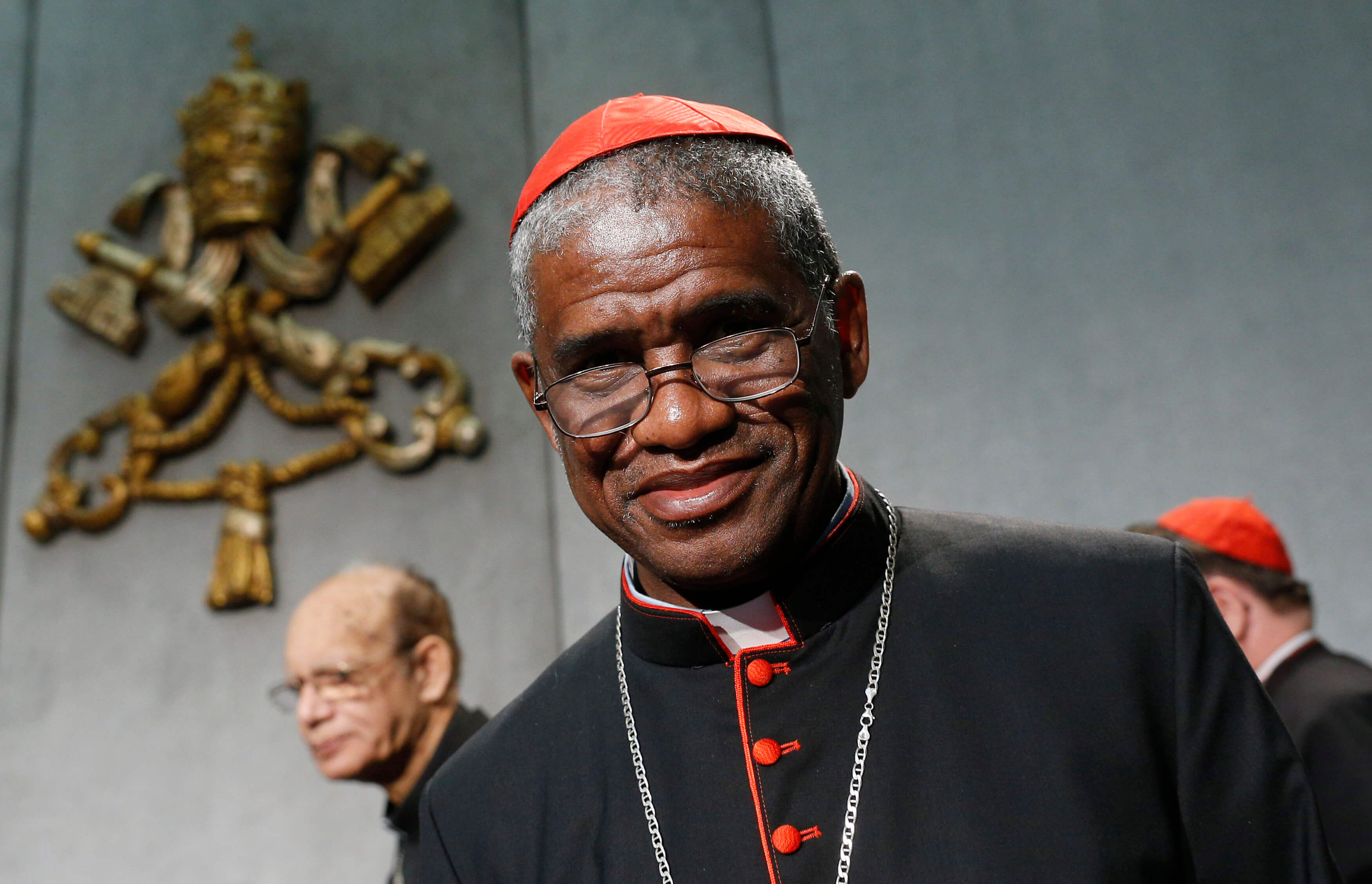 Photo Credit: CNS/Paul Haring - Cardinal Desire Tsarahazana of Toamasina arrives for a news conference to discuss the Synod of Bishops on young people, the faith and vocational discernment at the Vatican Oct. 9.

Despite many positive and joyful moments during the Synod of Bishops on young people, bishops also have set aside the agenda to discuss the serious scandals and unfolding allegations affecting the Church, two synod fathers said.

Cardinal Oswald Gracias of Mumbai, president of the India bishops’ conference told reporters at a Vatican briefing Oct. 9 that when he was leading one of the English-language working groups, “I could sense that the bishops themselves wanted to speak about this matter.”

He said he proposed setting aside the process of going through the working document paragraph by paragraph and instead, “we said, ‘Let’s talk.'”

Cardinal Gerald C. Lacroix of Quebec told reporters that the difficult moment the Church is going through was discussed by young people and others at the synod “because it is part of today’s reality.”

Even though there are “many other very important themes” on the agenda, he said, “we have not shunned from talking about this.”

Young people are inviting all members of the Church, not just the clergy to fully live their faith and give “better witness, testimony of our faith.”

“We feel this call to conversion. Pope Francis talks often about that for all the Church to really take seriously our vocation as Christians and witness the joy of the Gospel and the truth of the Gospel in today’s world,” he said.

Responding to a question about how the role of women in the Church was being discussed at the synod, Xaviere Missionary Sister Nathalie Becquart told reporters that many young women feel it is not easy for them to find equal opportunities in society and many say “that it is more difficult for them to imagine what could be their place” in the Church.

The role of women in society and in the Church has been a recurring them at the synod and especially in her French-language working group.

All young people, she said, both men and women want to be part of the decision-making process in the Church and to have leadership roles, but the situation is even “more complex and more difficult” for young women because many of them they don’t see any role models of women already working in their local Church.

Sister Becquart, former director of the youth evangelization and vocations of the French bishops’ conference, said some countries like France do have women in very prominent positions on many levels in the Church, but at the synod, she is seeing that is a concern for other regions of the world, and not just for women, but bishops, too.

Cardinal Lacroix said it has been a great joy to see the important responsibilities and influential positions the young women at the synod have back home and how they “speak with authority.”

He said the two women in his working group are “very involved,” showing that the women at the synod are “not just spectators, they’re part of the parade.”

“They have influence in their own country and their own episcopal conferences,” which would not have been the case “perhaps just a few decades ago,” he added.

Cardinal Gracias said the role of women in the Church is a universal concern among young people.

Changes to their roles must not be “cosmetic,” he said, but must give women real positions of responsibility and decision-making in the Church.