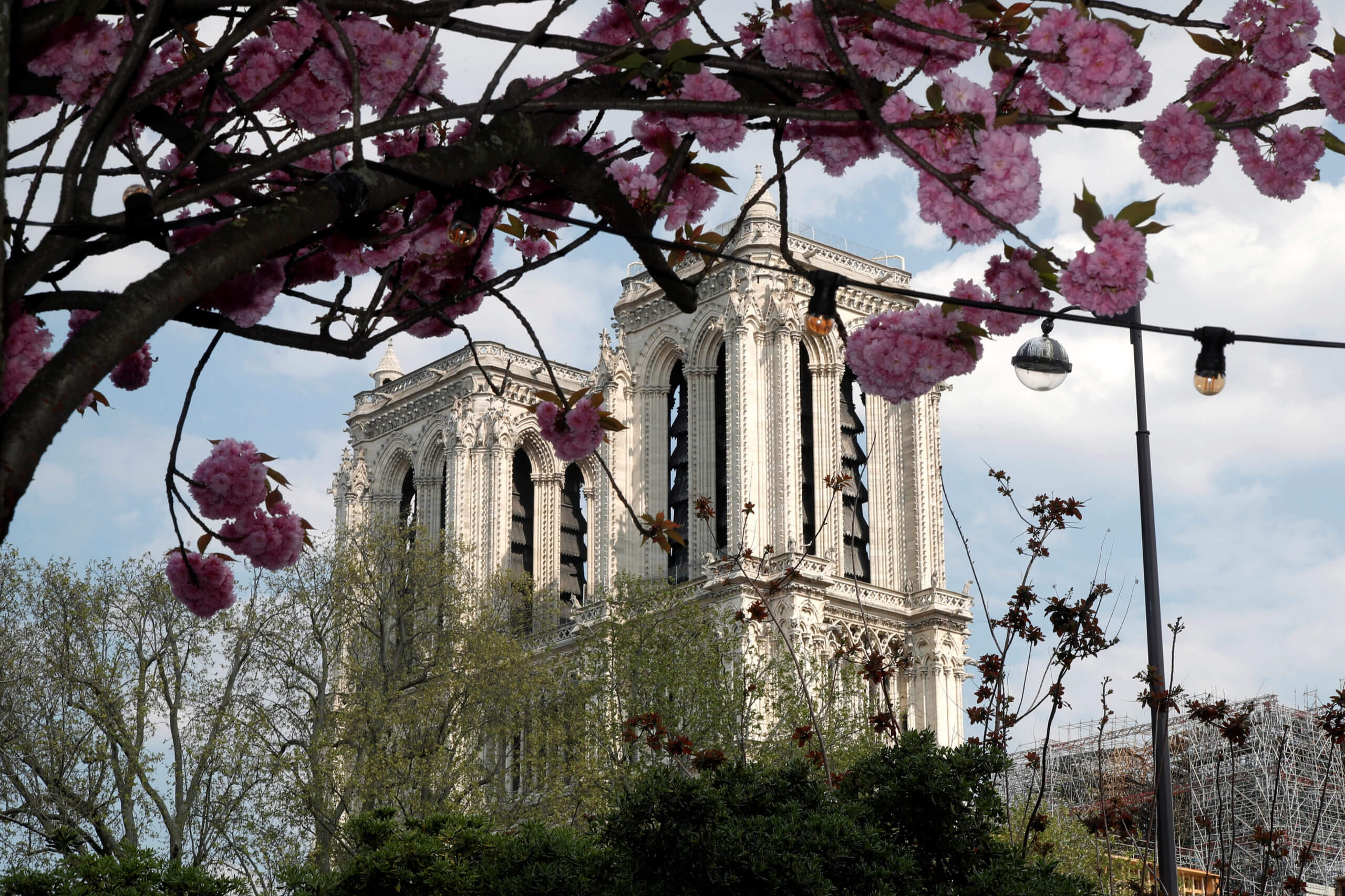 Photo Credit: CNS/Charles Platiau, Reuters - Blossoms from a tree frame Paris' Notre Dame Cathedral, which was damaged in a fire one year ago. French President Emmanuel Macron has reiterated a pledge to restore the historic cathedral by 2024.

“I can’t speak for all humanity, but this is certainly a moment of global emotion and witness,” Archbishop Aupetit told Radio Notre Dame April 15, one year after a first destroyed part of the historic structure.

The 14.6-ton Emmanuel bell in the cathedral’s southern tower tolled at 8 p.m. April 15 to mark the fire anniversary.

The same day, Macron described Notre Dame as a “symbol of society’s resilience” and pledging all efforts to ensure its full reconstruction by 2024. He noted that construction was on hold because of the COVID-19 crisis, but said it would “start up again as soon as possible.”

Up to 500 firefighters battled to save the 850-year-old cathedral after the April 2019 fire brought down its 300-foot spire and two-thirds of its 13th-century oak roof and destroyed much of its wooden interior and masonry.

Rescue teams evacuated many of the cathedral’s artworks and sacred objects, including what some Catholics believe to be the Crown of Thorns, used at Christ’s Crucifixion, and a gold tunic worn by the medieval king, St. Louis IX.

The former general overseeing the reconstruction, Jean-Louis Georgelin, told France’s Catholic Le Pelerin weekly he believed a Te Deum for the building’s rededication would be held April 16, 2024, the year Paris is due to host the Olympic Games.

Macron said the coronavirus crisis was currently “monopolizing all thoughts” in France, but he praised the “specialists, architects, artisans, workers and apprentices” working to rebuild the cathedral and the 340,000 people and institutions worldwide who had donated funds.

“The French will again rediscover the joy of being together, and the spire of Notre Dame will once again rise toward heaven,” he said.