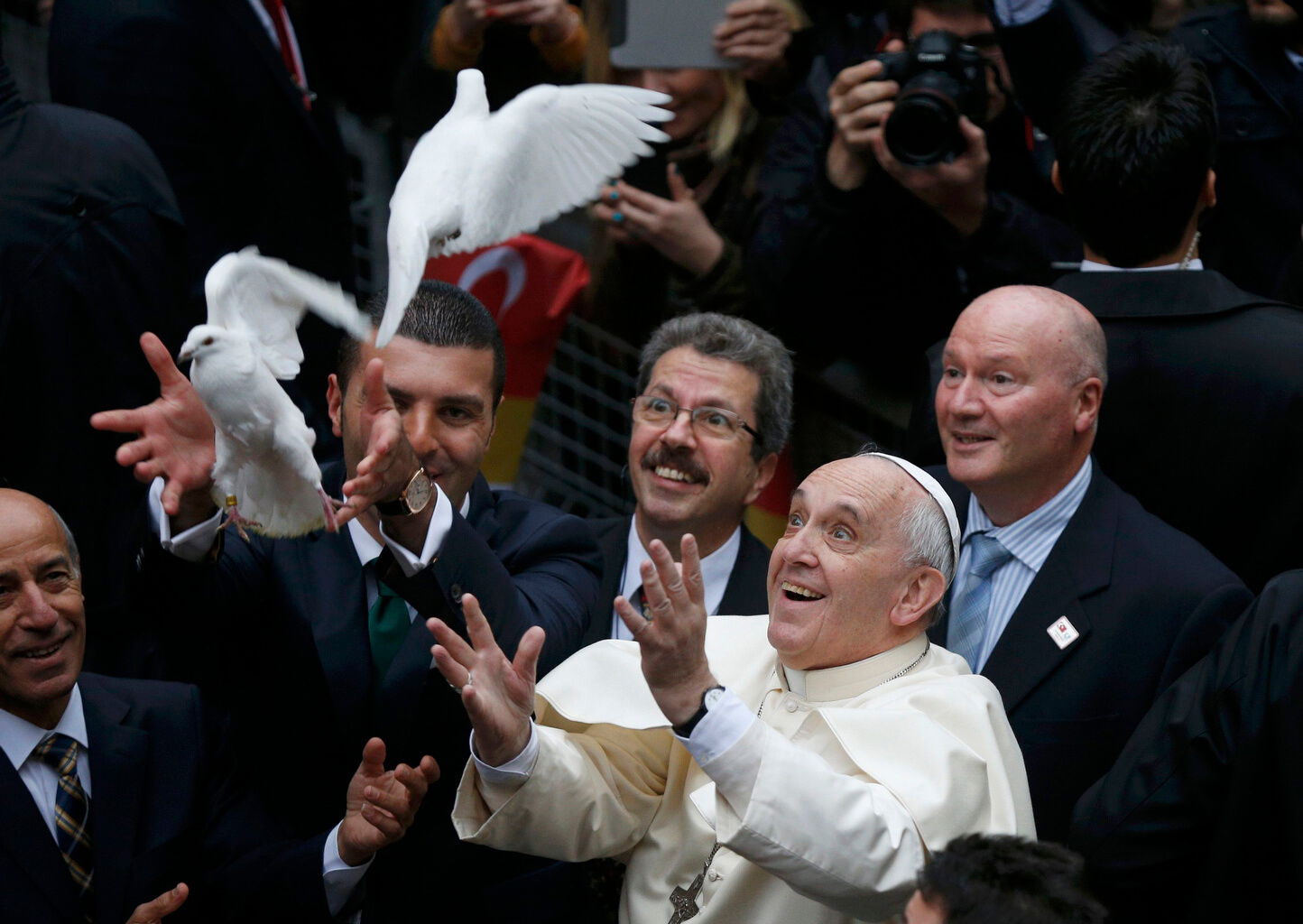 Photo Credit: CNS/Stoyan Nenov, Reuters - Pope Francis releases doves, a traditional sign of peace, prior to celebrating Mass in 2014 at the Cathedral of the Holy Spirit in Istanbul.

The world will not have peace without people having mutual trust and respecting each other’s word, the Vatican said as it announced Pope Francis’ 2019 World Peace Day message would focus on “good politics.”

“Good politics is at the service of peace” will be the theme for the Jan. 1 commemoration and for the message Pope Francis will write for the occasion, said a Vatican communique published Nov. 6, the day midterm elections were taking place in the United States to determine the political makeup of Congress for the next two years as well as a number of posts for state governors and city mayors.

The pope’s full message for World Peace Day, traditionally released by the Vatican in mid-December, is sent, through Vatican diplomats, to the leaders of nations throughout the world.

The Vatican said Pope Francis’ message will underline how political responsibility belongs to all citizens, especially those given the mandate “to protect and to govern.”

“This mission consists in safeguarding law and in encouraging dialogue among stakeholders in society, between generations and among cultures,” the Vatican said.

“There is no peace without mutual trust. And the first condition for trust is respecting one’s word,” it said.

Political involvement is one of the loftiest expressions of charity, it said, and it brings with it a concern for “the future of life and the planet, of the young and the least, in their thirst of fulfillment.”

When people’s rights are respected, then they will start to feel their own “duty to respect the rights of others,” the Vatican note said.

The rights and responsibilities of each person help foster people’s awareness of belonging to the same community with others and with God, it added.

“We are thus called to bring and proclaim peace as the good news of a future where every living being will be respected in its dignity and rights.”