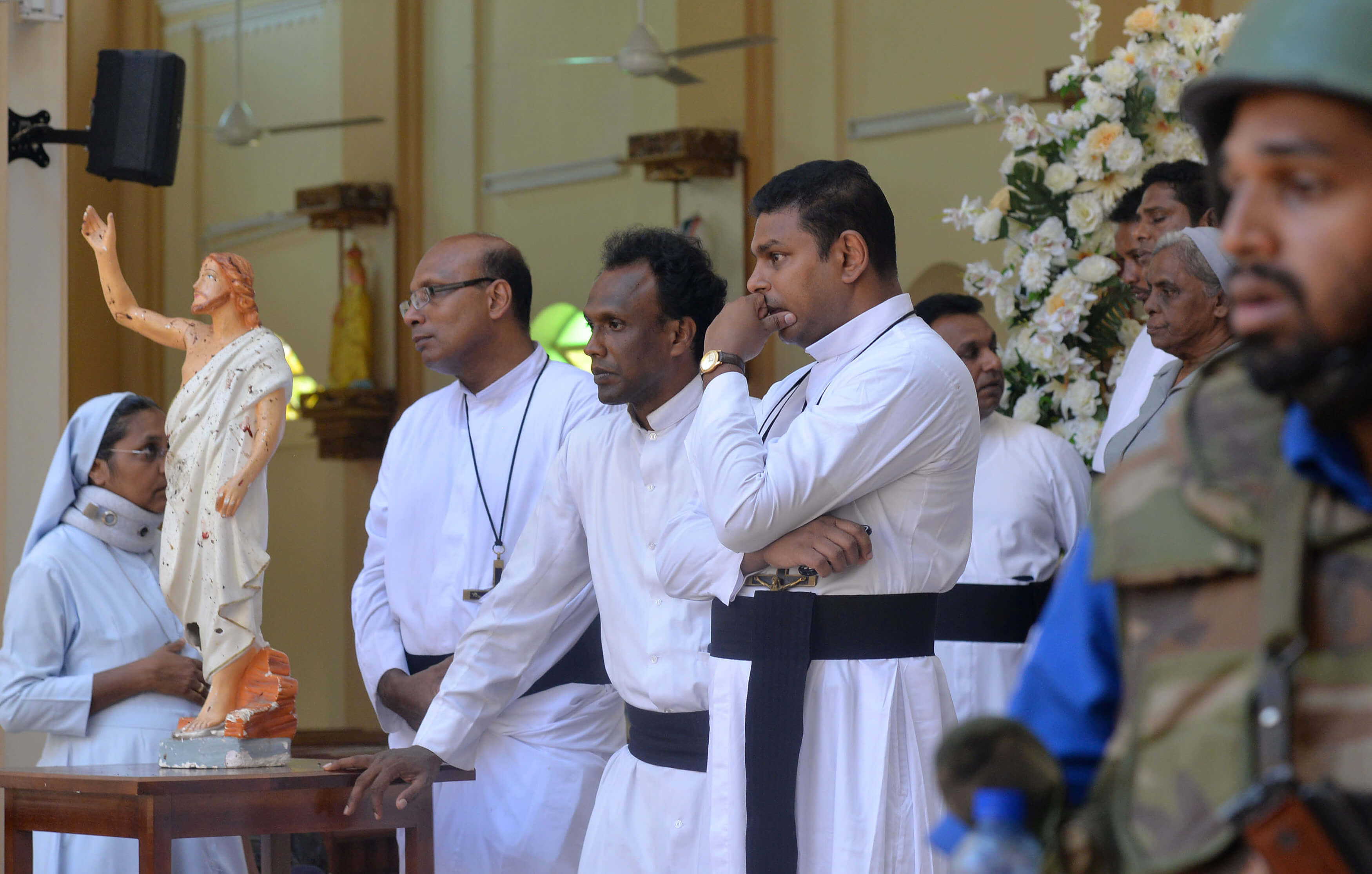 Photo Credit: CNS/Reuters - Nuns, clergymen and police officials look over the scene after a bombing at St. Sebastian Church in Negombo, Sri Lanka, April 21. At least 200 people were killed and hundreds more injured on Easter Sunday in Sri Lanka when attackers unleashed an apparently coordinated series of bombings that simultaneously targeted Christian churches and luxury hotels.

The president of the U.S. Conference of Catholic Bishops termed as “a great evil” the Easter terrorist attacks in Sri Lanka targeting the country’s minority Christian community as worshippers packed three churches.

The wave of bombings also were directed at four luxury hotels. The multiple bombings left at least 207 people dead and an another 450 injured. Authorities expected the death toll to rise.

“This great evil targeted these churches as they were packed full of worshippers who were celebrating Easter, the day in which Christians around the world celebrate the rising of the King of Peace from the dead,” said Cardinal Daniel N. Dinardo of Galveston-Houston in a statement April 21.

He said the churches were St. Sebastian’s Catholic Church in Negombo, St. Anthony’s Catholic Shrine in Colombo, the nation’s capital, and Zion Church in the eastern city of Batticaloa, which is an evangelical church.

“We offer our prayers for the victims and their families. And we join with all people of goodwill in condemning these acts of terrorism,” Cardinal DiNardo said. “This evil cannot overcome the hope found in our Savior’s resurrection. May the God of hope who has raised his Son, fill all hearts with the desire for peace.”

At the Vatican, after his Easter blessing, Pope Francis expressed his sadness by over the bombings in Sri Lanka.

The Guardian and other news outlets said that most of the dead are believed to have been Sri Lankans, but officials say about 30 people from other countries had lost their lives. News reports also said three nationals from the United Kingdom and two people who were dual citizens of the United States and the U.K. were among the dead. One Dutch, one Chinese, one Portuguese and two Turkish nationals were killed, according to confirmation from the foreign ministers of their respective countries.