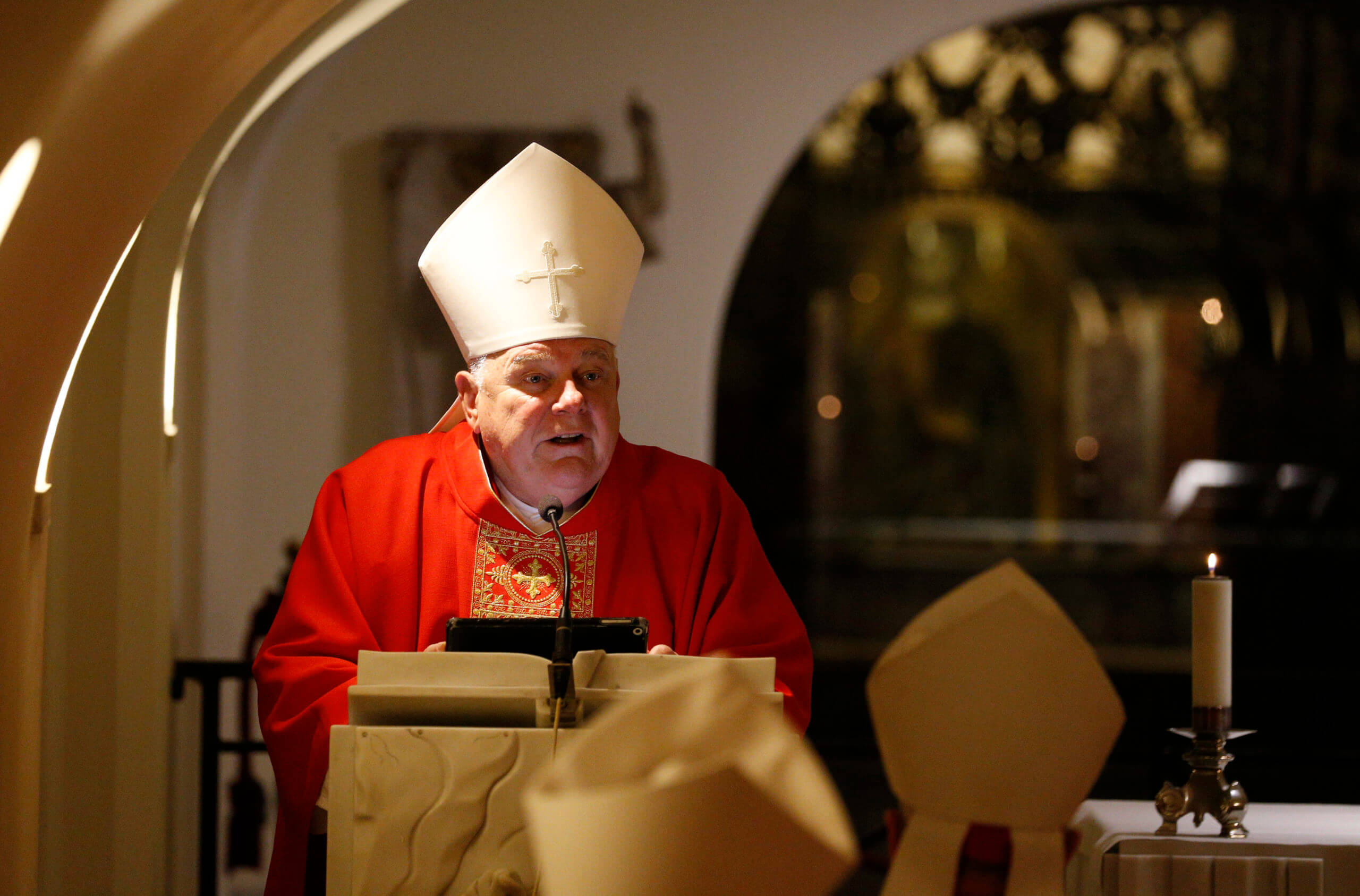 Photo Credit: CNS/Paul Haring - Archbishop Thomas Wenski of Miami, Florida, gives the homily as U.S. bishops concelebrate Mass in the crypt of St. Peter's Basilica at the Vatican Feb. 13. Bishops from Florida, Georgia, North Carolina and South Carolina were making their "ad limina" visits to the Vatican to report on the status of their Dioceses to Pope Francis and Vatican officials.

No Christian can be a “missionary disciple” if he or she thinks another person is not worth saving, said Archbishop Thomas Wenski of Miami.

As Pope Francis has taught, Catholics must be “missionary disciples,” sharing the good news especially with people on the peripheries of society: “the poor, the abandoned, the migrant,” the archbishop said. But first, “we have to believe that their souls are worth saving.”

The Christian faith calls believers “to overcome our prejudice, overcome the bias we might hold in our hearts toward those outside of our chosen circle of friends and relatives,” Archbishop Wenski said Feb. 13 during Mass in the grotto of St. Peter’s Basilica.

The archbishop was the principal celebrant and homilist as bishops from Florida, Georgia, North Carolina and South Carolina celebrated the Mass at the tomb of St. Peter before meeting with Pope Francis.

While the Mass did not include the Gospel passage where Jesus asks St. Peter, “Do you love me?” Archbishop Wenski had to point out the connection with his Archdiocese. In Italian, Jesus’ question is simply, “Mi ami?”

“This beautiful basilica is built on top of a grave, Peter’s grave,” the archbishop said. “Here we pray for his successor, Pope Francis, that he, too, will continue to take care of the sheep entrusted to his care.”

Joined by dozens of pilgrims, the archbishop asked them to pray that their own bishops also would love the Lord and love the people he entrusts to them.

The day’s Gospel reading, Mk 7:24-30, recounted the story of Jesus’ encounter with the Syrophoenician woman and the healing of her daughter.

In his homily, Archbishop Wenski said that some Jews in Jesus’ day believed that their identity as God’s chosen people gave them the right to look down on anyone from any other nation, like the Syrophoenician woman.

But as Jesus demonstrated and His apostles came to know, the Good News of salvation was for everyone — “every nation, every person no matter their race or origin” — the archbishop said.

The gift of salvation and “being able to call ourselves Christians and Catholics,” he said, “is not something we should lord over others as if this would give us the right to think of ourselves as better than others.”

The gift of knowing Jesus and being saved by him is a gift to be shared, the archbishop said. “We acknowledge our sinfulness, but we testify that his mercy is greater than our weakness.”