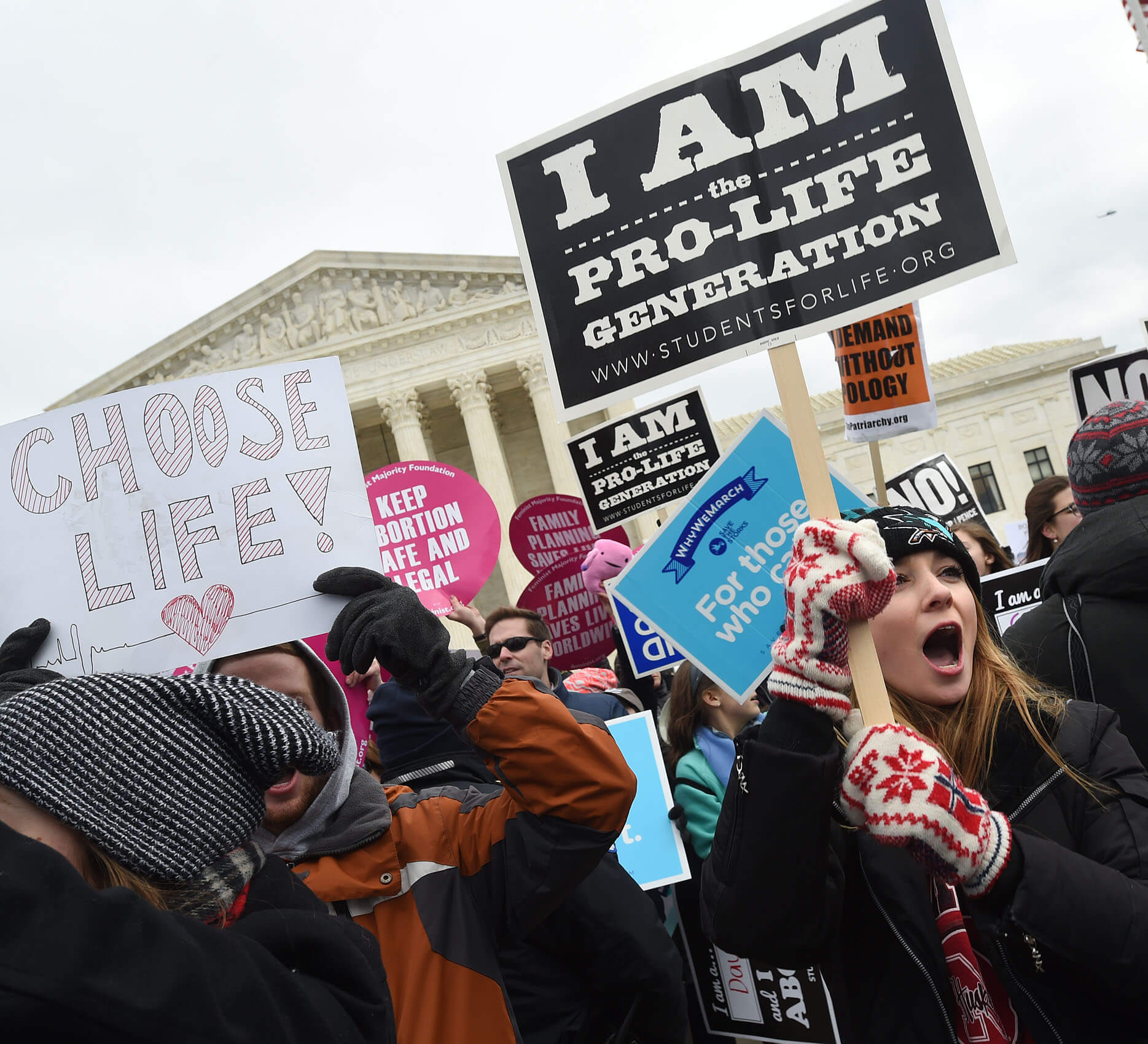 Photo Credit: CNS/Leslie E. Kossoff - Pro-life advocates gather outside the U.S. Supreme Court Jan. 27, 2017, during the annual March for Life in Washington. According to a report released Sept. 18 by the Guttmacher Institute, which researches data on abortion, the number and rate of abortions nationwide have fallen to their lowest levels since the Supreme Court's Roe v. Wade decision legalized abortion on demand in 1973. The report is based on data from 2017, the last year for which full numbers were available.

The pro-life community is cheering a report released Sept. 18 that indicates the number and rate of abortions nationwide have fallen to their lowest levels since the Supreme Court’s Roe v. Wade decision legalized abortion on demand in 1973.

The numbers were provided by the Guttmacher Institute, which researches data on abortion. For 2017, the last year for which full numbers were available, the institute recorded 862,000 abortions. That translates to 13.5 abortions per 1,000 women ages 15-44, a rate less than half of the 1990 count.

But there’s no single reason for the decline, including wider legal restrictions and the closing of clinics, the report stated. “Rather, the decline in abortions appears to be related to declines in births and pregnancies overall.”

The 2011-2017 timeframe “warrants particular attention because it coincided with an unprecedented wave of new abortion restrictions. During those years, “32 states enacted a total of 394 new restrictions, with the vast majority of these measures having taken effect (that is, they were not struck down by a court).”

“With the available evidence, it is impossible to pinpoint exactly which factors drove recent declines, and to what degree,” the report continued. “However, previous Guttmacher analyses have documented that abortion restrictions … were not the main driver of national declines in the abortion rate in the 2008-2011 or 2011-2014 time periods.”

“The March for Life celebrates the long-term downward trend in the number of abortions and the abortion rate,” said Jeanne Mancini, president of the March for Life Education and Defense Fund, which holds an annual rally and March in Washington every January.

“Although there has been a concerning 10 percent increase in chemical (Mifepristone, the RU-486 pill, used by women who are 10 weeks’ pregnant or less) abortions — which are harder on women and have less medical oversight — there is an overall movement away from abortion, evidenced by consistent public opinion polls that show vast majorities want to restrict the practice.”

“It is stunning that 46 years after Roe v. Wade, America has no reliable national system of abortion data collection, analysis or reporting,” Forsythe said in a prepared statement.

“Ours is a dysfunctional system because basic abortion data reporting is voluntary. We call upon Congress and the White House to unite in authorizing the Centers for Disease Control and Prevention to track abortion data in every state — and especially states like California and Maryland, who have refused to cooperate in monitoring and regulating abortion,” he continued.

“If abortion is simply another health care or medical procedure, certainly the CDC should have the ability to track and monitor these rates consistently, so Americans are not relying on third-party nonprofits for critical public health data,” Forsythe said.