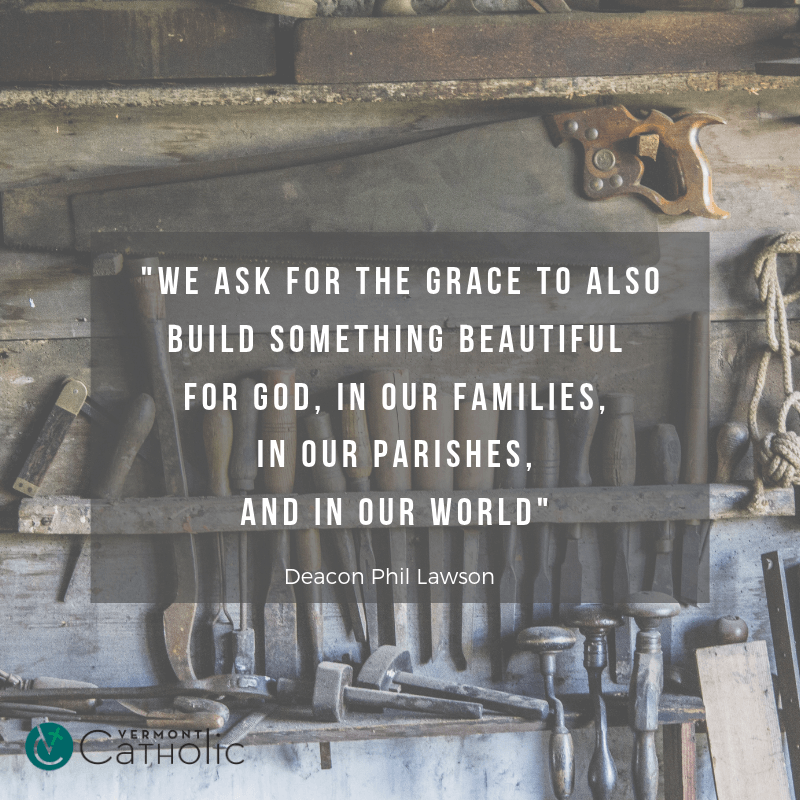 The family had grown and it was time to add another bunk bed to the children’s bedroom. Unfortunately, as we searched for a bed to fit our available space between two walls, we found those readily available for purchase measured about a half inch too long.  As I was pondering options, my 11-year-old son eagerly suggested, “Let’s build one.”  Well, there you go!  Motivated by my son’s enthusiasm and drive — and despite my personal limitations and misgivings — the children and I spent our free time during the next month building a wooden bunk bed from scratch to fit into the available space.

We need vibrant parishes that will draw all people to worship, nourish their human needs and lead them to encounter Christ, who is the one they are seeking. We need parishes that will attract our young people and capture their hearts. What we’re currently doing doesn’t “fit.”  While our faith doesn’t change —  Jesus is the same yesterday, today, and forever (cf. Heb 13:8) —  the world in which we share that message has changed dramatically. The old cultural and social traditions that supported faith and church are no longer present.

It starts with an enthusiasm and a confidence. “Let’s build one.” Isn’t that one of the gifts and hallmarks of youth?  Pope Francis references that throughout his recent document, “Christus Vivit,” in which he highlights the enthusiasm of the young people present at last year’s Synod on Young People and then reflecting on the scriptural accounts of youth, including Samuel, David, Ruth and young Solomon. Do we have that same enthusiasm and confidence that we can build something amazing by the Grace of God? Or are we willing to allow ourselves to be motivated and inspired by our young people, even our own children?

We are called be co-workers with God in this world. This work has a beauty, value and dignity.  It is an opportunity to “build something together” with God — and that goes for everything from tables, to bunk beds, to vibrant parishes, to working for the building of the Kingdom ofGod on Earth. All work requires effort.  Are we willing to do it?

Partnership with each other

St. Joseph was a carpenter. He built things. Do you think Jesus ever looked up at Joseph and said, “Let’s build one” as they dreamed of projects or sought to create something? I suspect He did. And I suspect, both He and Joseph relished that time and those projects. Can we look at our fellow parishioners, including our young people in that same way? Can we eagerly tap the wisdom of our older parishioners as they share their knowledge like St. Joseph did?

My son had never built a bunk bed, and neither had I.  And considering there would be consequences if it were to fall apart, especially for the child on the bottom bunk, there was also some trepidation (cf. Philippians 2:12)!  Are we willing to prudentially take those leaps of faith and make the changes that need to be made?

A few months ago, I was laying down next to my 3-year-old after having read him his night time story — waiting for him to drift off to sleep — in that new bunk bed. And he looked over at me and said, “Thank you for this bed Daddy.” I reminded him that “you helped build this.” He responded, “I did” as a smile came across his face and he prepared to fall asleep.  There are beautiful fruits when we build together.

We have a similar opportunity.  We ask for the grace to also build something beautiful for God, in our families, in our parishes, and in our world — something that we all have a part in —something we can all take pride in. And at the end may the Lord look at the efforts of His co-workers and say, “It is good.”

—Deacon Phil Lawson is the executive director of evangelization, catechesis, divine worship, marriage and family and respect life for the Diocese of Burlington. He can be reached at plawson@vermontcatholic.org.