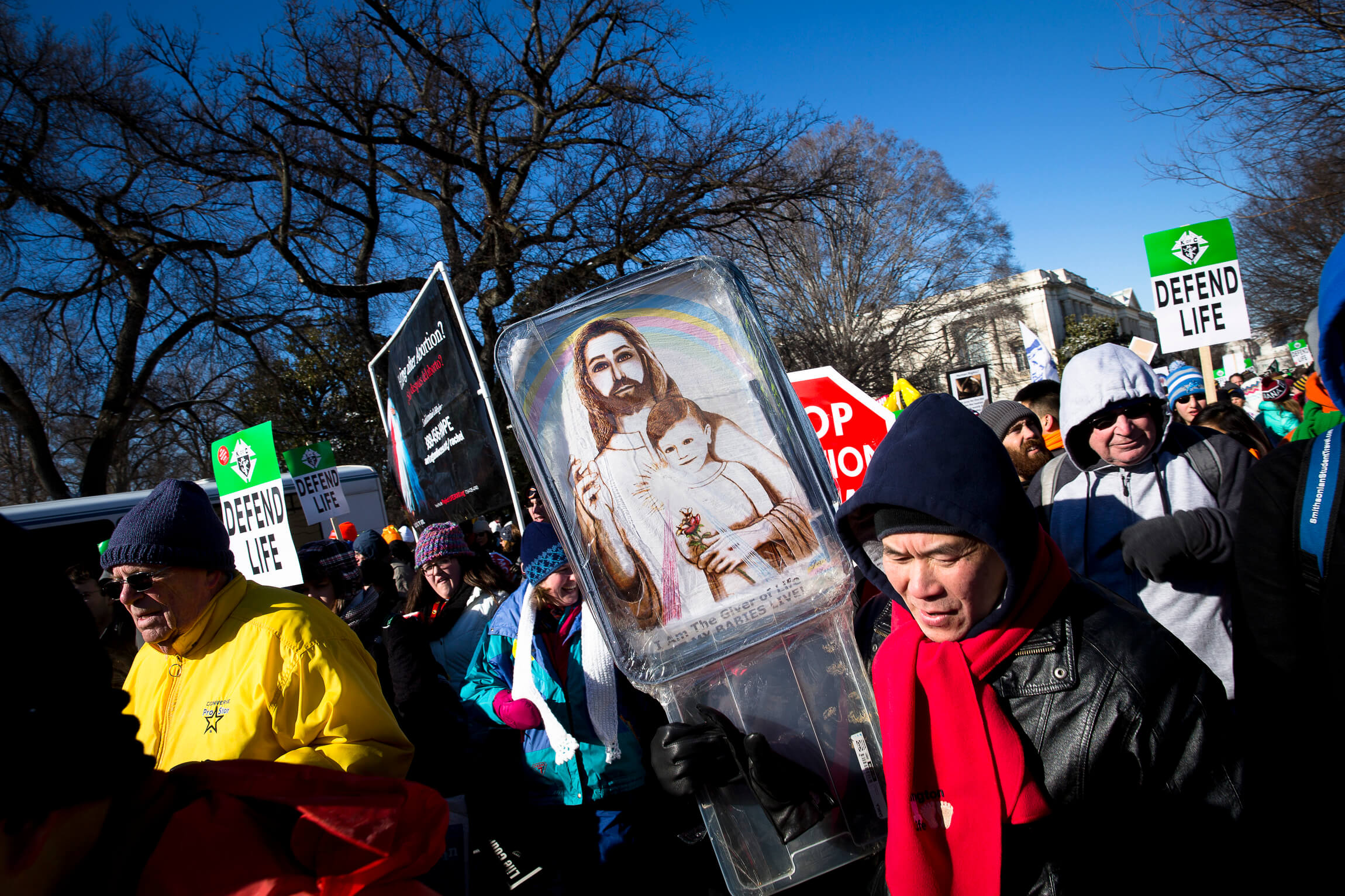 Photo Credit: CNS/Tyler Orsburn - March for Life participants are seen in Washington in this 2014 file photo.

Neither snow nor sleet — nor partial government shutdown — will keep pro-lifers away from the nation’s capital for the March for Life Jan. 18.

If it continues, the shutdown will be almost a month old by then. Daily news reports show the closures of monuments, memorials and the Smithsonian museums in Washington and trash cans overflowing on some federal property — images that might lead some folks around the country to think it is affecting big events planned for the nation’s capital.

“PLEASE NOTE: We plan to march even if the government shutdown is not yet resolved,” declares the March for Life website, marchforlife.org. “We have marched for 45 years and will march again this year to end the human rights abuse of abortion.”

Come to think of it, the start of what was a two-day historic blizzard that hit Washington in January 2016 had some impact on numbers, but marchers by the thousands still turned out that Jan. 22 to mark the anniversary of Roe v. Wade, the 1973 Supreme Court decision that legalized abortion virtually on demand.

“The shutdown really did not factor into our planning at all,” said Patrick Ford of Belmont Abbey College in Belmont, North Carolina. Director of campus ministry and the Hintemeyer Catholic Leadership Program at the college, Ford is the point person for the school’s pro-life contingent heading to the march.

“This year, especially, we have tried to make this trip more of a pilgrimage and less of a site-seeing event,” he told Catholic News Service in an email Jan. 10. “The venues we will visit — the (St.) John Paul II National Shrine and the Basilica of the National Shrine (of the Immaculate Conception) — are not affected by local politics, so our trip should be entirely unaffected by the goings-on in Washington.”

Ford added, “We look forward to another great March for Life with our hundreds of thousands of friends!”

The same goes for the 500-plus students coming in from Franciscan University in Steubenville, Ohio. They’ll be carrying a giant green banner and wearing winter hats especially designed for this year’s march, said Dominique Cognetti, a junior majoring in social work.

“We are delighted to have these four pro-life champions speak at the March for Life rally,” said Jeanne Mancini, president of March for Life. “The right to life is a nonpartisan issue and, regardless of politics, we should all unite for life and stand against abortion, the greatest human rights abuse of our time.”

Others who will address the rally include Archbishop Joseph F. Naumann of Kansas City, Kansas, chairman of the U.S. bishops’ Committee on Pro-life Activities; Supreme Knight Carl Anderson, CEO of the Knights of Columbus; Ben Shapiro, editor-in-chief of The Daily Wire; Abby Johnson, founder of And Then There Were None; Alveda King, Priests for Life’s director of civil rights for the unborn; Dr. Kathi Aultman, fellow of the American College of Obstetricians and Gynecologists; and Ally Cavazos, president of Princeton Pro-Life.