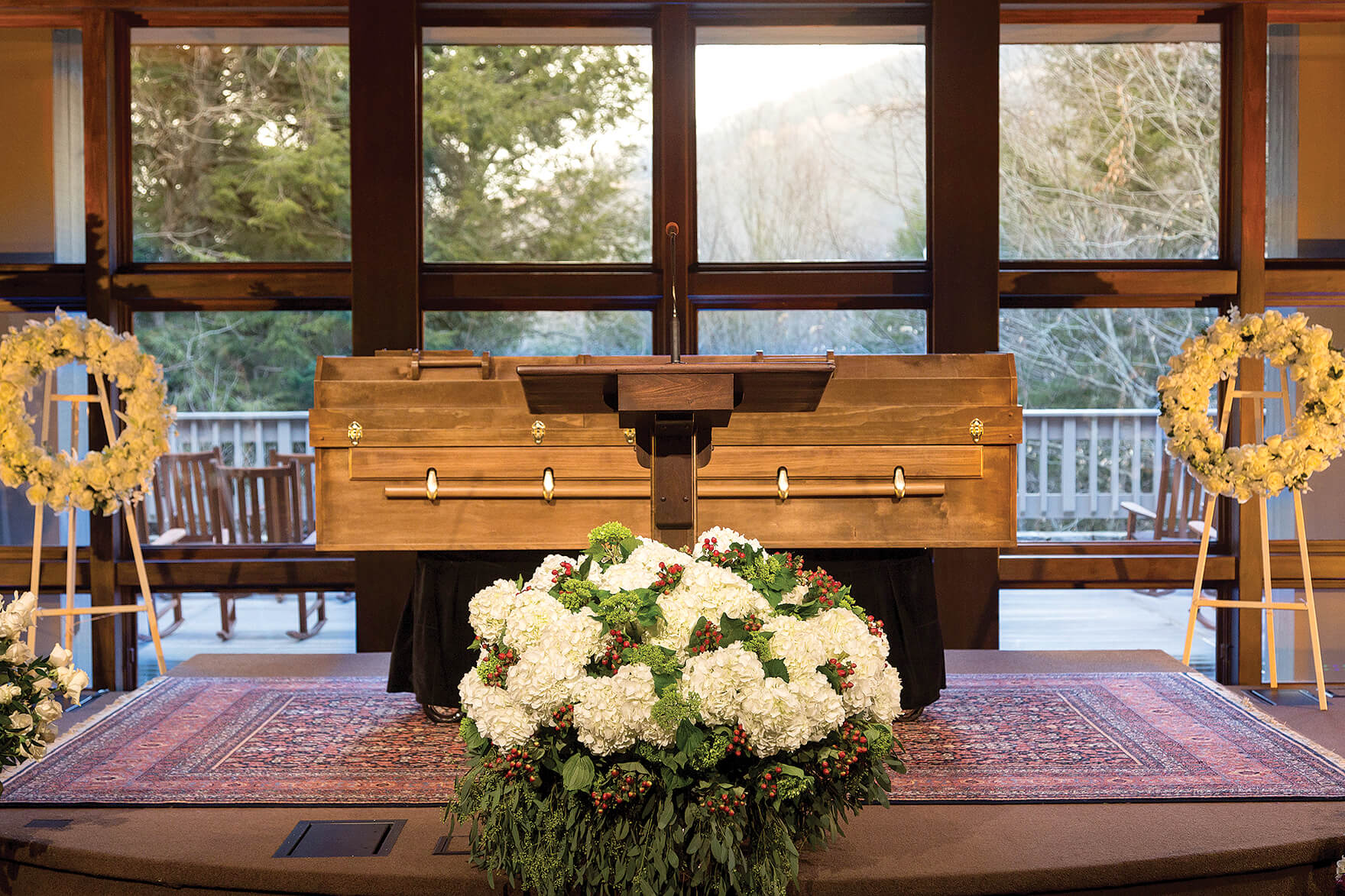 Photo Credit: (CNS photo/courtesy BillGraham.org) - Mary Morrell writes, "And during those years of friendship, I learned a lesson that was reinforced many times over yesterday as I sat through the wake and saw hundreds of truly sorrowful people file in to express their condolences. True greatness can never be measured by position, power, money or prestige."

Sometimes it takes a death to reveal greatness

As a writer, I have a habit of collecting papers, always concerned that I may inadvertently lose something important. Sometimes, I forget where I stash the writings that I saved while waiting for time to organize them. Yesterday, I found a storage container with essays that dated back to 1998. There was one piece in the package that bears repeating for the many people who don’t recognize the importance of what they consider as their ordinary lives. The friends to whom I refer, Tony, Joan and Catharine, are all deceased now, gone too early for those of us who loved them:

Today, I buried a friend.

He was an ordinary man by society’s measure, a man who, like most of us, struggled to support his family, who sometimes questioned his ability and his purpose in life, who looked forward to the day when things would “get better.”

But what he didn’t always see was the man his friends saw, a man dedicated to his vocations of husband and father, a man faithful to his Church and his God, living out the Gospel call in quiet dignity and in spite of human frailty and the obstacles life placed before him.

My family has been privileged to be friends with Tony and Joan and their children for almost 13 years. We laughed together, danced together, shared stories and complaints and pride in our children’s accomplishments. We prayed together.

And during those years of friendship, I learned a lesson that was reinforced many times over yesterday as I sat through the wake and saw hundreds of truly sorrowful people file in to express their condolences.

True greatness can never be measured by position, power, money or prestige. It is in their humility, their generosity, their ability to love freely that Tony and Joan are numbered among the greatest of people.

Another friend who attended the wake admitted that she had also been touched by Joan’s example of hospitality while in the midst of personal pain. “She comforted the mourners in the middle of her own mourning,” my friend recalled. “I know she taught many of us lessons about graciousness and strength we will not soon forget.”

And as the days and months go by, Tony’s legacy to us will not only be the memory of his presence, but two wonderful sons who will undoubtedly follow in their father’s footsteps of greatness; two sons who, during the funeral Mass, unashamedly thanked their father for helping them come to know God and for teaching them to find the good in all people – an ability too many of us are often lacking.

As for Tony’s mother, Catherine, though she has experienced the most terrible of losses, she should also experience a wealth of pride for the son, the father, the husband she raised – a man who touched our lives simply because he “was.”

There are many Tonys among us who live out St. Thérèse’s challenge to do little things with great love. They are the unsung heroes whose ordinary lives are a testimony to Christ’s example of loving servant.

In their loss, I cannot give my friends the gift of peace, which is a fruit of the Holy Spirit, but I can give them this – a lasting tribute to a man who made a difference in the lives of those who were fortunate enough to know him.